The problem with Facebook’s mobile app is that it doesn’t run games. The web-based site is built with Adobe Flash, but that runs poorly on mobile devices. As a result, Facebook can display its news feed and photos on its mobile app, but not the social games that are played by more than half of the social network’s users. 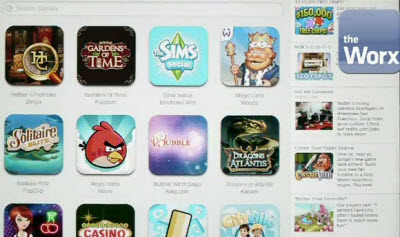 iSwifter plans to fix that with its own Facebook app that runs on tablets such as the iPad. iSwifter has created a game streaming technology that converts Flash games to video in a data center and then streams that video to the iPad. That enables users to play Flash games on the iPad. Now iSwifter is using Facebook’s own OpenGraph applications programming interface to create an app, TheWorx for Facebook, that duplicates the functions of the web-based Facebook on mobile, iSwifter chief executive Rajat Gupta told GamesBeat.

Facebook might not like being upstaged by Menlo Park, Calif.-based iSwifter, but Gupta says the social network should be happy because iSwifter’s app enables ads that run on the right-hand side of a Facebook page to be visible on the iPad. It can thus generate money for Facebook, which doesn’t yet have mobile ads on its own app. 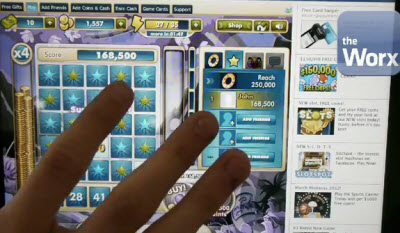 It isn’t clear if Facebook will appreciate another company creating a Facebook app, but Gupta says that TheWorx for Facebook is really just another iPad application based on the OpenGraph API. In the video below, you can see that Zynga’s Slingo game, which doesn’t ordinarily run on the iPad, runs just fine in the iSwifter application. It will be interesting to see the reaction of Facebook, Zynga, and Apple. Gupta says that the app is a win for all of the companies involved. 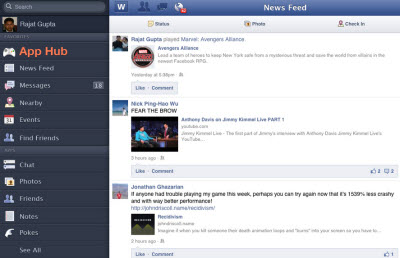 TheWorx for Facebook will debut in June. Gupta notes that Facebook’s recent filing to go public says that 4 percent of Facebook’s revenue comes from ads shown next to Zynga games.

“It’s clear that Facebook users are moving to mobile faster than even Facebook predicted,” says Gupta. “TheWorx is intended to benefit Facebook users who can’t play games on the Facebook iPad app or on the mobile Facebook site, as well as Facebook itself who doesn’t display their ads to these gaming users on mobile. And of course game developers should be happy too because their Facebook Flash games now come to the iPad with no porting required.”

iSwifter is funded by the incubator YouWeb and generated more than $10 million in revenue in the past year.