I don’t know Nick Pino of Tech Radar, but for a couple of hours he was my bickering spouse as we played It Takes Two, a co-op romantic comedy “rom-com” adventure game from Josef Fares. We played the two-player co-op in the first preview of the game staged by Electronic Arts and Fares’ Hazelight Studios.

It was quite fun. The game is coming on March 26 on the PlayStation 4, Xbox One, PC via Origin, and Steam for $40. I played it on a PC with my Xbox game controller, and Pino played long-distance, over the internet, on the Origin platform.

Editor’s note: There’s some mild spoilers in this story.

The beginning starts out sad. Rose watches from a window to see her parents, Cody and May, bicker with each other. Cody says, “Why don’t we tell Rose that we’re divorcing.” Nick played Cody, and I played May. When they tell Rose, she moves away to her bedroom, climbs out the window, and takes two dolls that look like her parents to the garage. There, she makes some kind of magic happen with The Book of Love. She wants the book to get them to fall in love again. She cries over the dolls, and her tears fall on them. 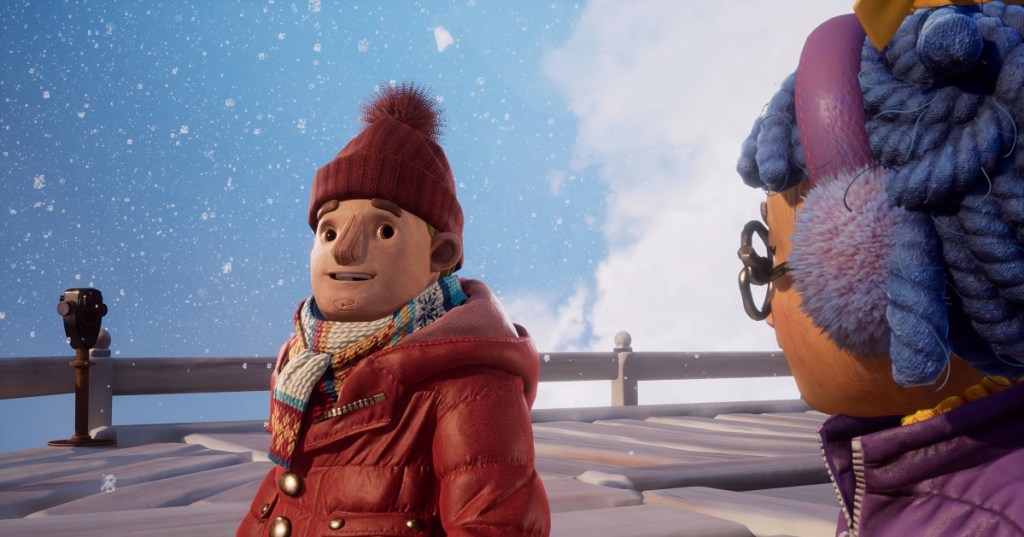 Above: Cody and May need to fix their relationship in It Takes Two.

Then Cody and May wake up as clay and wooden dolls. They freak out for a while, and it’s funny as they figure out that they’ve been transformed. The book walks over and introduces himself as Dr. Hakim, a hilarious character with a thick accent (maybe Italian, like Fares’s). May jumps off a ledge and finds she can’t wake up from the nightmare.

So begins the journey of the marriage-counseling adventure, coming from the same imaginative minds that made A Way Out.

We were shrunken people in a very large space. Our first task was to put some fuses into a generator. The screen split as we moved into different parts of the area, and then it came together again as we reached cutscenes. We had to hop around in 3D platforming mode, opening doors together and generally cooperating.

The graphics are really beautiful, with awesome visuals of things like grinding gears, which seemed like giant structures looming above the tiny doll bodies. If you fell off a ledge or died, you would immediately respawn. It’s pretty forgiving that way. I had to help Cody get through spots and then he helped me. We had to powerup electrical devices, swing on drill bits, and then retrieve fuses. That was a lot of work for the tutorial level, where we had to lower a staircase. 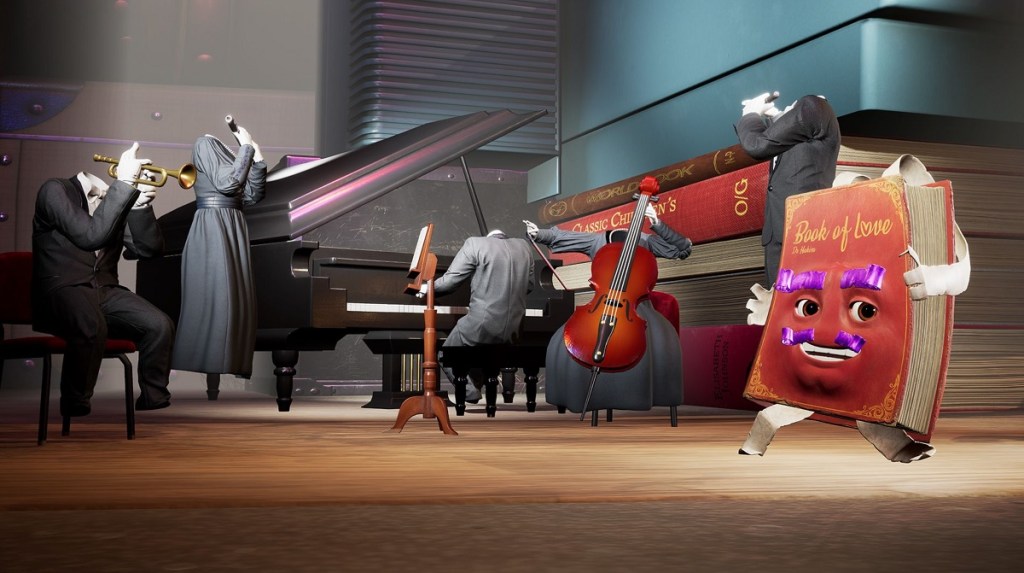 Above: Josef Fares’ Hazelight team has a good imagination.

Every time we got near Rose, Dr. Hakim would get in the way. He unveiled a very angry vacuum cleaner who was upset at Cody about being fed things like batteries and rocks and acorns. He was mad at May because she promised to fix him but never did and replaced him instead with a better machine. He tossed us away, and then we had to make our way back to him, collaborating every step of the way. There were lots of puzzles that required us to work together. I had to learn to double-jump and dash, which took a while.

When we finally got back to the vacuum, it was a pretty fierce fight. He had big hoses for arms, and he fired exploding mines and flaming gas cans at us. We had to dodge his various attacks and then I had to grab a hose. I pointed it at the vacuum’s mouth, and then Cody had to collect the gas cans to throw back at him. We eventually took him out, but I discovered it was possible to die and then restart the boss right. It felt like quite an accomplishment when we won.

Next, we picked up new tools like a hammer and a nail, which we used to smash glass barriers and fire nails into the wall that we could use to climb the walls. We had some minigames that we could play to compete against each other, but they weren’t required. 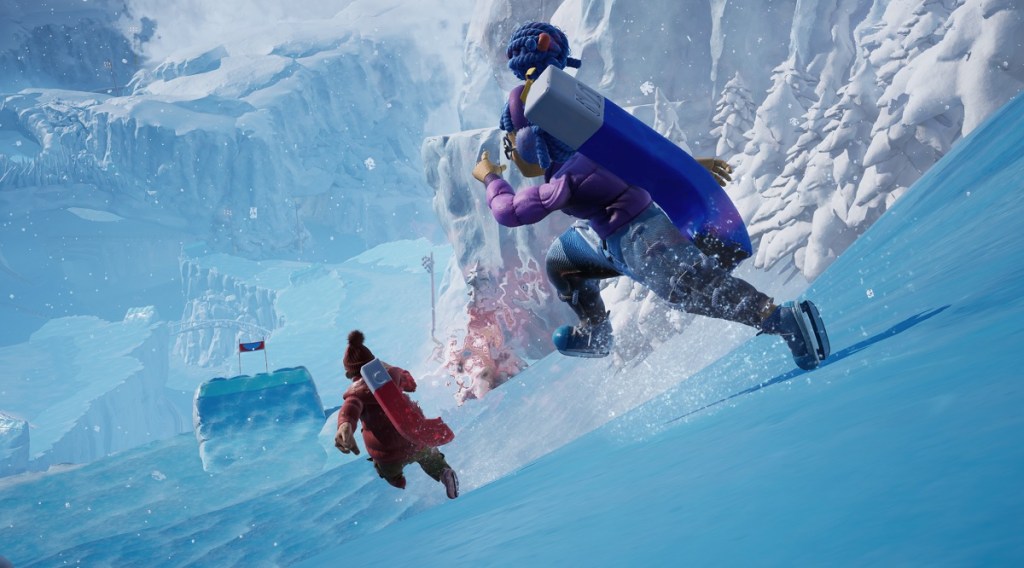 Above: Magnets can be useful tools in It Takes Two.

Then we had to make our way to another boss. I can’t even describe the crazy machine, but I was amazed at how creative the artists were in coming up with the boss, which could take us out with a hole driller and a paddle that could flatten us like pancakes. We had to avoid nails dropping from the sky and saws buzzing through the wooden platform we stood on. We died a lot, but we figured out how to take out the machine with the hammer and nail.

And then we made our way to squirrels hiding in a tree, afraid of the wasps that were plaguing them. But that’s when we had to stop.

I thoroughly enjoyed the game. I think it would be great fun to play with your spouse, but it does take a fair amount of video game skill. It’s not like a casual Mario Party game. You have to learn to master the controller at various parts of the game.

But I’m impressed. Hazelight and EA have come up with a charming game that will make you happy and laugh, just as the ever-confident Fares promised us.