The first nine months of 2015 were brutal for games deal makers, with total deal value (in dollars) across investments, mergers and acquisitions (M&As), and IPOs down 82 percent from last year. Of that decline, games investments fell the least at 35 percent below last year; games M&As deals dropped 74 percent, and the games IPO market evaporated.

These figures actually sound a little better than last quarter, when deals were down 89 percent, but the new numbers include two Chinese games companies that went private and delisted from NASDAQ this year. Exclude them, and the market is actually down 90 percent. The total market for game exits (selling companies or going IPO) was down 93 percent without the take-privates.

If the current market continues, Digi-Capital projects $4.3 billion total deal value ($2.6 billion apart from the two Chinese take-privates) for 2015 versus last year’s $24 billion. Deals were last at this level in 2007. 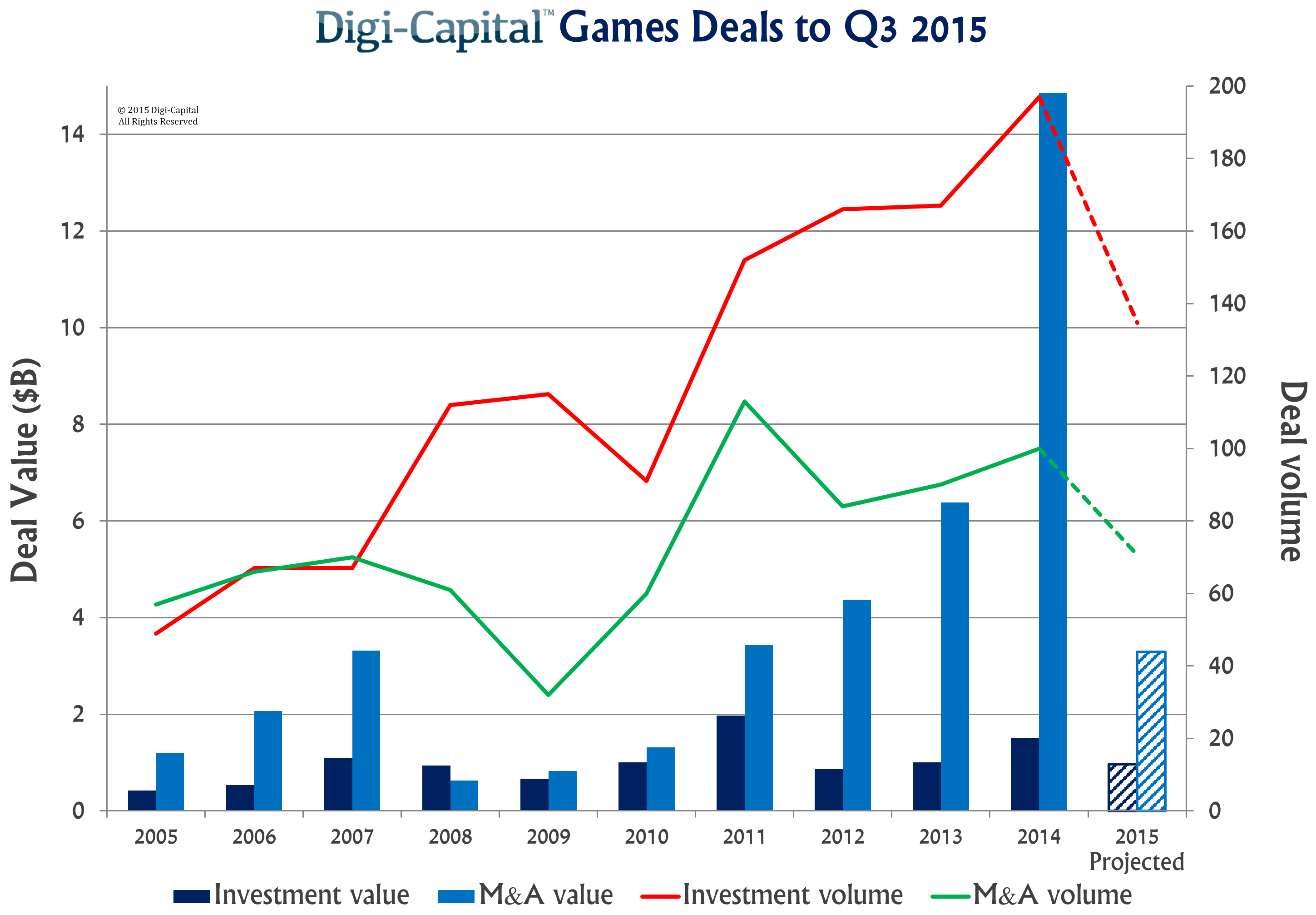 There was $700 million of games investment in the first three quarters, dominated by mobile and tech/other sectors. As the State of Nevada now treats fantasy sports as gambling, we now exclude the large DraftKings and FanDuel investments from Q3 2015. 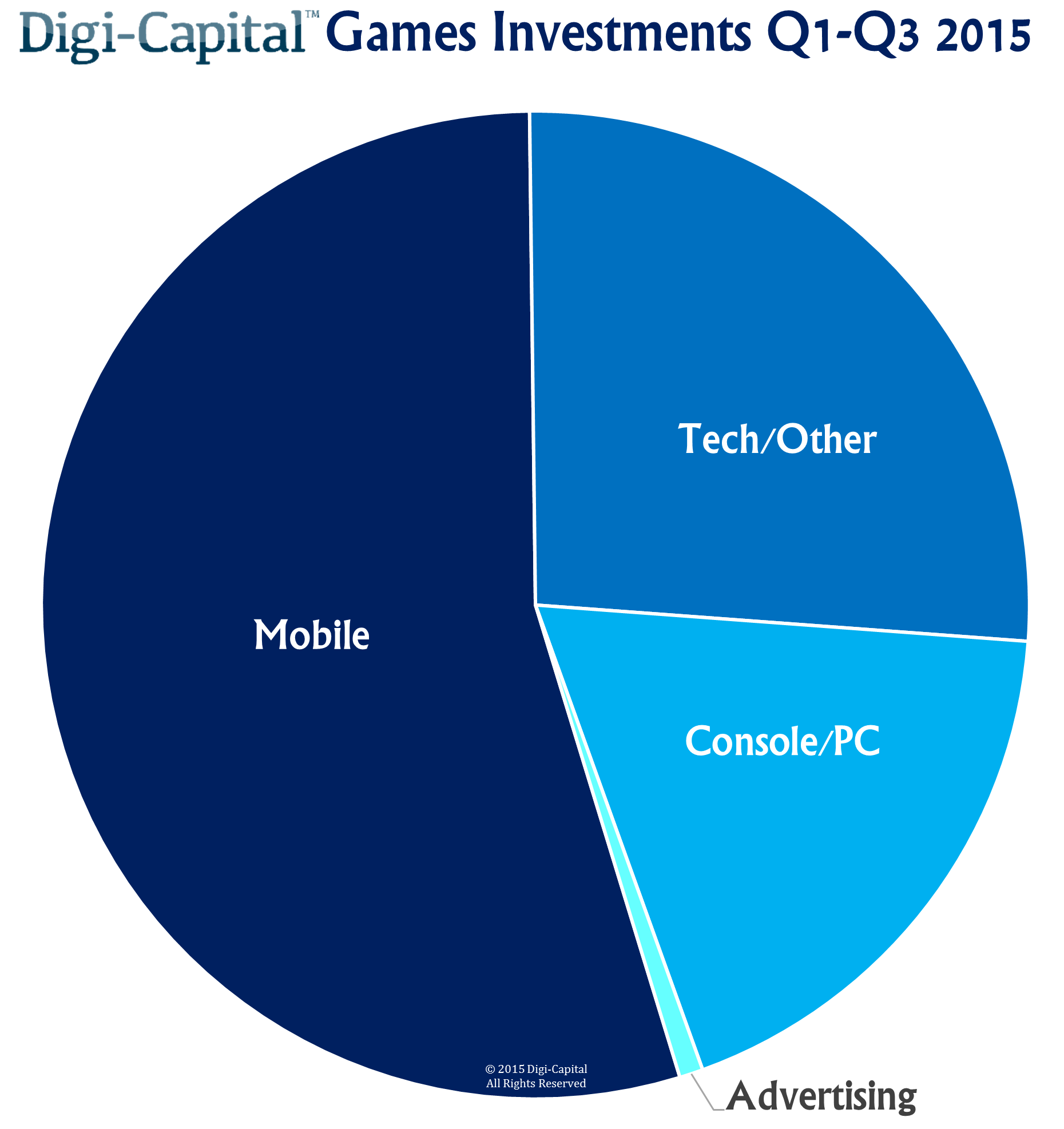 The take-privates and delistings of Chinese MMO games company Perfect World and Chinese mobile games company CMGE dominated games M&A this year. If we don’t consider those transactions, the total remaining $1.2 billion of games M&A is in the ballpark of a single deal out of last year’s handful of billion dollar deals like Mojang, Oculus, Twitch, or FunPlus. We anticipated this happening at the start of the year, when we forecast that revenue slowing to stable single digit percentage growth between now and 2018 would hit investment and M&A hard. Unfortunately we were right.

Where does the market go from here? A few big deals could turn things around in the next three months, but the market could also go sideways for a while. The last time the market dropped like this, it took four years to recover. Winter is here, so it continues to be a great buyers’ market.