Raymond was part of the team that made the original Assassin’s Creed, and she rose through the ranks at Ubisoft, eventually starting Ubisoft Toronto. Her teams worked on games such as Assassin’s Creed II, Watch Dogs, and The Mighty Quest for Epic Loot.

But the 25-year industry veteran has also had some rocky projects. Raymond was most recently head of the internal game studios at Google Stadia, but the company backed off from making its own games for its cloud gaming service and shut down Raymond’s 150-person studio in Santa Monica, California. Before that, she formed Motive Studios for Electronic Arts in Montreal and was in charge of Visceral Games at EA, where she worked with game designer Amy Hennig on Star Wars games. But EA canceled Hennig’s Star Wars game and EA shut Visceral down.

“It’s been a strange and difficult past 12 months. The pandemic, social injustice, and job elimination have impacted many of my closest friends, family, and coworkers,” Raymond said in a blog post today. “All of these factors, paired with an inability to see friends and family face-to-face, lulled me into a kind of self-reflective cocoon where I had to ask myself some tough questions about what really matters.”

Because of some tough challenges, some people has asked Raymond if she wants to stay in games. 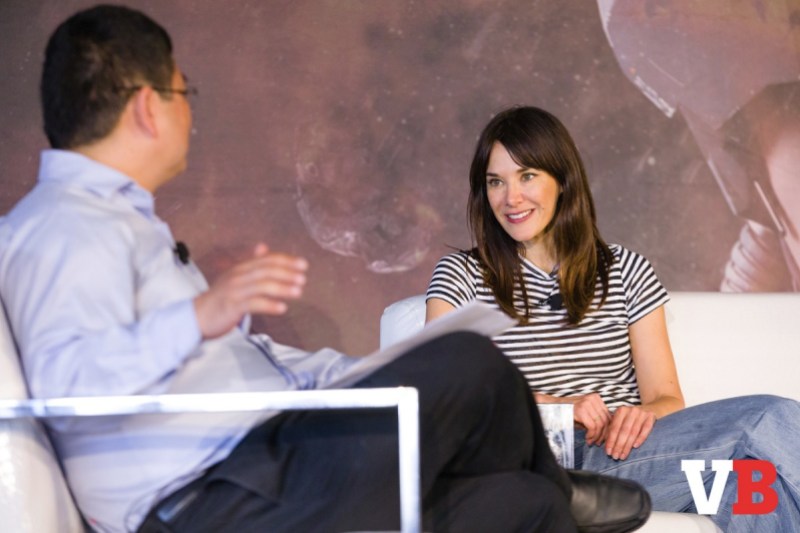 “The answer is always an unwavering yes! The game industry is where I belong,” she wrote. “Whether it’s playing Settlers of Catan with my kids or Valheim with my team, games continue to bring me joy. They’re a way to relax, connect, and share experiences with people I care about. And the act of making games is, in many ways, even more fulfilling. Getting to bring together experts across so many different creative fields — from music composers, to concept artists, to programmers (yes, programmers are creative, too) into a perfectly synched orchestra that delivers new worlds for players to explore. For me, there is nothing more fulfilling or rewarding I can imagine doing.”

Raymond said she took stock of her recent career and decided she need to get back to what she loved doing most “in a way that gives our team the freedom to explore, inspire, and create.”

Haven is an independent studio that has the backing of Sony, and it’s working on an unannounced project.

“Together, we want to create games that are a haven for players, and we want to build a studio that is a haven for developers,” Raymond wrote. “So, while we don’t have many details to announce today, I want the PlayStation community to know that Haven Studios is already hard at work on an unannounced IP. We can’t wait to show you more.”