The companies aren’t saying what the title is yet, but Jagex said it would release the multi-format game from the Polish game studio in 2021. Jagex said it screened hundreds of pitches from game studios before choosing to work with Flying Wild Hog, and they’ve been working together for more than a year.

The game will launch on Jagex’s new publishing platform, which is being developed using what Jagex learned from two decades of running RuneScape, which has generated $1 billion in revenue and 280 million registered players to date. 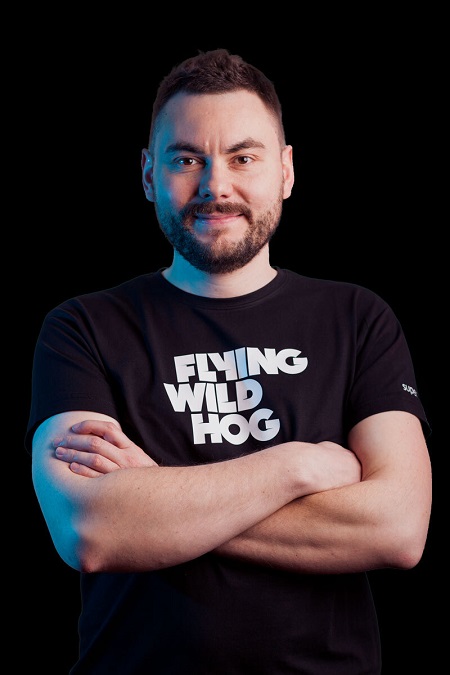 Above: Michal Szustak is CEO of Flying Wild Hog in Poland.

Founded in 2009, Flying Wild Hog has more than 250 staff based in Poland at studios in Warsaw, Kraków, and Rzeszów. Flying Wild Hog is best known for Hard Reset and the Shadow Warrior shooter series.

Flying Wild Hog CEO Michal Szustak said in an interview with GamesBeat that Jagex understands live publishing, independent development, and how to engage players. He said that Flying Wild Hog is working on Shadow Warrior 3 now, but Jagex is not the publisher for that game. Rather, the unannounced Jagex Partners game is being made in Flying Wild Hog’s studio in Kraków, where experimental work began in 2016.

“Before, we were only focusing on shooters, but we wanted to expand the portfolio,” Szustak said. “We worked on it for a year and a half, and then we started looking for a publisher. We talked to many partners but nobody could compare with Jagex and its 20 years of experience and a billion-dollar franchise.”

He said the team wanted to build a free-to-play game that could engage players for a long time, not just a few hours.

“This is 100% our vision and our intellectual property,” Szustak said. 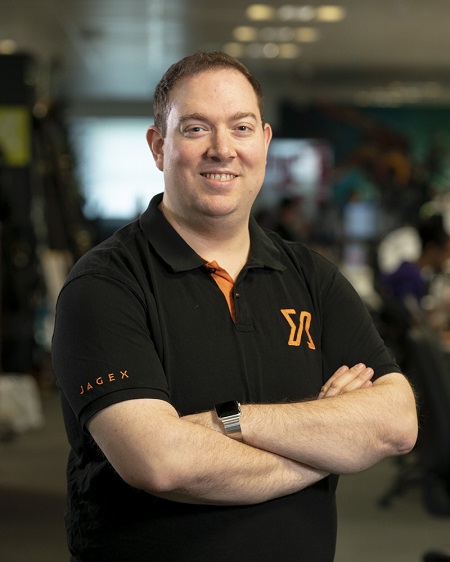 Above: Phil Mansell is CEO of Jagex.

Jagex launched its Jagex Partners program in 2018, and it has been working on taking the live services operations developed for RuneScape and making them available for third-party studios. That process has taken a while.

Central to the program is a suite of services, including user acquisition, digital marketing, analytics and audience insight systems, monetization design, and community management. RuneScape itself runs on both the PC and mobile devices, and its mission is to have inexhaustible content for players.

Jagex CEO Phil Mansell said in an interview that Flying Wild Hog’s game has huge potential, and it includes meaningful social interaction, player empowerment, and long-term commercial opportunity. “This isn’t a volume play for us,” Mansell said. “We are focused on quality.”

Jeff Pabst, Jagex VP of third-party partnerships, said in an interview that the company took its time finding a partner, screening hundreds of games since announcing the program. “We’re specializing in partnership services that focus on helping really high potential games in live operations,” Pabst said. “We’re teaming up with Flying Wild Hog on an amazing action-RPG game. We’ve been doing this for well over a year.”

More details about the Flying Wild Hog title will be revealed in the coming months. Jagex has more than 400 employees and is based in Cambridge, England. Many of the 150 new hires in the past couple of years have been in the Jagex Partners group, Pabst said.