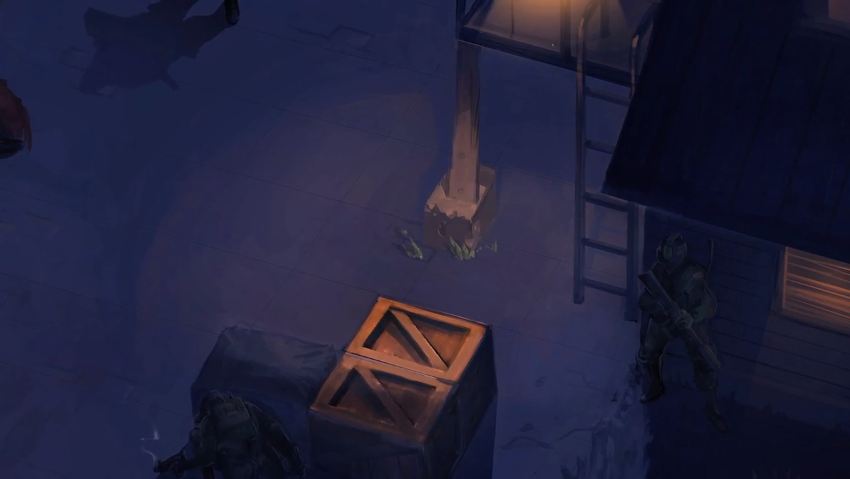 We live in the Golden Age of turn-based tactical strategy games. The Nintendo 3DS has the amazing Fire Emblem: Awakening and Ghost Recon: Shadow Wars. The PC has XCOM: Enemy Unknown and an upcoming Civilization V expansion. Now, Danish developer Full Control is bringing us one more title to cement a great couple of years for taking turns firing guns.

The studio opened up its Kickstarter campaign for Jagged Alliance: Flashback this morning. This new Jagged Allience aims to update the classic squad-based tactics mechanics of the series for a new generation of gamers on Windows, Mac, and Linux. Full Control set a goal of $350,000.

“The original Jagged Alliance was a thinking man’s game with a focus on characters, firepower, and strategy,” Full Control chief executive officer Thomas Hentschel said in a statement. “Our vision at Full Control is to bring back the tactical turn-based action that the original games were known for. We look forward to working with a community who shares our vision and wants to experience a new Jagged Alliance that returns to the classic turn-based action of the originals.”

Jagged Alliance: Flashback warps players back to the 1980s Cold War. The action takes place on San Christobal, a Caribbean Island that serves an important strategic purpose to both the U.S.S.R. and the U.S.A. After a coup d’état knocks out an American-friendly ruler, a group of highly trained special operators are sent in to restore balance.

In other words: ‘Muricah!

Full control wants to retain the deep strategy the franchise is known for while expanding on its character role-playing elements, squad management, and base building.