Yes, it’s self-referential, using the wise-guy humor of Fox’s Family Guy television show, which has been entertaining fans for 18 years. It’s yet another freakin’ example of how Jam City is serious about creating mobile games with brands with strong intellectual properties. It will be in 14 languages.

In 2016, Los Angeles-based Jam City acquired TinyCo, which developed Family Guy: The Quest for Stuff, a town-building game inspired by the success of The Simpson’s Tapped Out. With this new effort, Jam City is clearly making fun of itself. Jam City has grown pretty big, with more than 500 employees working on mobile titles like Cookie Jam, Panda Pop, and, of course, Family Guy: The Quest for Stuff.

Family Guy: Another Freakin’ Mobile Game is available to download for free through the App Store and Google Play worldwide. 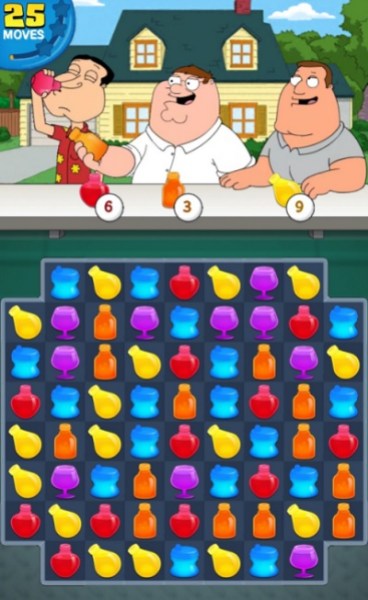 Chris DeWolfe, CEO of Jam City, said in an interview with GamesBeat that the company created the game in close partnership with the writers on the Family Guy Production team.

Another Freakin’ Mobile Game is one of six major launches that the company is doing this year. In each of the previous two years, the company launched only one game. But JamCity’s growth has been great, as its games have been downloaded more than 800 million times and are played by more than 50 million people a month. DeWolfe said the company did more than $300 million in revenue in 2016, and that growth is targeted at $450 million in 2017. 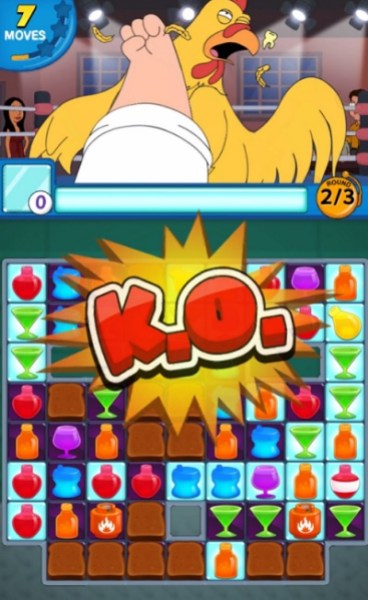 Another Freakin’ Mobile Game, fans can get into the town of Quahog and follow Peter around in his booze truck. You can serve drinks to Peter Griffin and the cast and battle a Giant Chicken.

“Another freakin’ mobile game? I think we all feared this was coming,” said Rick Phillips, executive vice president at FoxNext Games, in a statement. “There’s no better way to turn match-3 on its head than bringing the gang from Quahog into the mix.”