Jambox Games, a Singapore-based startup, has launched a game publishing platform to help indie developers in India and Southeast Asia to publish their mobile games.

The funding shows that emerging regions are also benefiting from the growth of gaming and the availability of capital in games, which is is now supported by dozens of game-focused venture capital funds.

With a focus on casual and hypercasual games that are hugely popular in the region among Gen Z, millennials, and women, Jambox aims to offer a toolkit that integrates analytics, attribution, user acquisition, and monetization.

It is offloading business tasks and allowing developers to focus on game design and development, said CEO Vikas Gulati in an interview with GamesBeat. It will also build custom competitive formats to help improve revenue and retention for these genres.

The indies know how to create games, but they struggle to compete with the global heavyweights, Gulati said.

“We’re trying to do is build an independent game publishing platform that can help indie developers to take their games global,” he said. “We offer them the best in class suite of tools around user acquisition, analytics, monetization. We’re also doing what I call a competitive gaming format. So we are looking at building a meta software development kit (SDK) solution that can help convert single-player games into multiplayer games for the game developers.”

Gulati is a 22-year mobile veteran in adtech, gaming, and startups. He was formerly the regional managing director at AdColony and Opera, and he has built multiple startups in Asia such as Sprice.com and Vserv.

“We are bringing a competitive advantage,” Gulati said. “We are not looking for going after the biggest studios. That’s not what our aim. We want to go for the small and mid-tier studios.”

The company started about five months ago and it has eight people. Ludus Corp. led the funding round, seasoned angel investors joined.

Gulati said that Southeast Asia has tremendous developers who understand their gamers. One of the tools that Jambox has developed can take a single-player mobile game and turn it into a multiplayer game, Gulati said. His company will also focus on taking games from the East to the West. 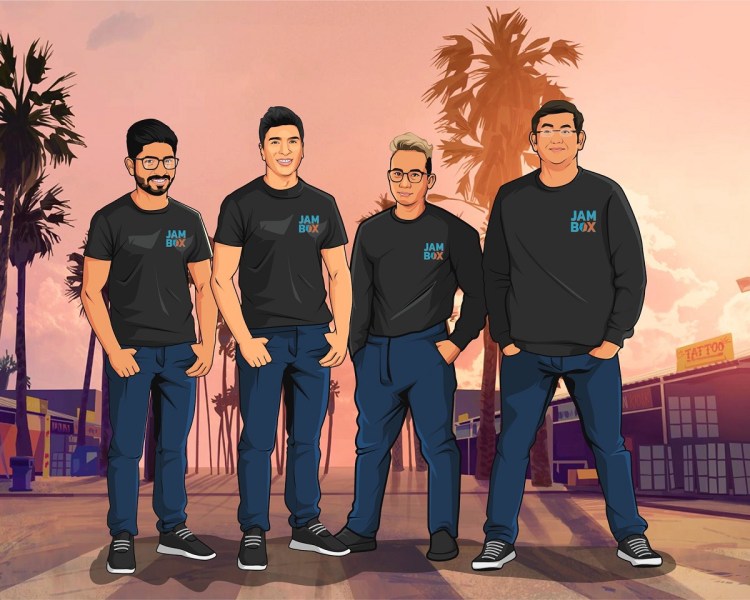 Above: Jambox is based in Singapore.

“There is a lot of competition, but where we actually end up helping developers is not just from user acquisition and monetization standpoint, but also bringing in a really strong differentiated product offering,” Gulati said. “We help them with competitive gaming, with simple backend infrastructure on creating leaderboards, and player-versus-player games.”

Volkan Bicer, partner at Ludus Corp., said in a statement that he was excited to participate in the fast growing gaming market of Southeast Asia and India. Gaming is now established as mainstream entertainment, and he said Jambox is solving a real developer pain point for emerging markets like India and Southeast Asia.

The core team comprises product head Ravi Vyas; publishing director Khiem Le; and Rakshak Kalwani, independent designer of casual games, many of which are featured on the AppStore.

“If you put really good automation behind the game and put in great analytics and data science behind the games, I think every game can be made profitable,” Gulati said.

The development teams that Gulati works with range from a few developers to maybe 20. They have bootstrapped or raised some seed money. But they often have very little money left to get their games out into the market.

Asia is where you’ll find about 70% of the gamers, Gulati said. Jambox is looking to launch the platform in Vietnam, India and Indonesia initially before scaling this to Malaysia, Thailand and the Philippines.