CyberConnect2 has been making games for two decades, growing from a tiny company in Fukuoka, Japan, to more than 200 developers today. It has worked on big titles such as the licensed Naruto games and the .hack// original series. And now the company has been entrusted with the development of Square Enix’s Final Fantasy VII Remake.

But CyberConnect2 is barely recognizable on the global stage. While it is well known to Japanese gamers, it has a way to go before it has solid name recognition in Western markets. Hiroshi Matsuyama, the gregarious CEO of CyberConnect2, is aware of that and he’s trying to do something about it. I met Matsuyama on a recent trip to Japan, where I moderated a session on Matsuyama’s expansion plans in Canada and also visited the company’s headquarters. It seemed to me that the company’s challenges in going global and sticking to its knitting are similar to the quandaries that many game studios face around the world as they try to decide where to grow next on the path to leveling up.

That headquarters in Fukuoka — a city of 1.48 million on the southern Japanese island of Kyushu — was bursting at the seams with developers. The company’s two floors in a building near Fukuoka’s central train station are loaded with desks, monitors, and huge collections of manga (Japanese comics) and manga videos. CyberConnect2 has another office in Tokyo with 30 employees, and it has just opened a new studio in Montreal, its first foray into an international location. Live camera feeds connect the locations.

The company maintains its close relations with Japanese publishers through its Tokyo office. It makes its games for the most part in Fukuoka (though all offices work on all games), and through Montreal, the company hopes to broaden its reach beyond a single development culture and make games for the international market. 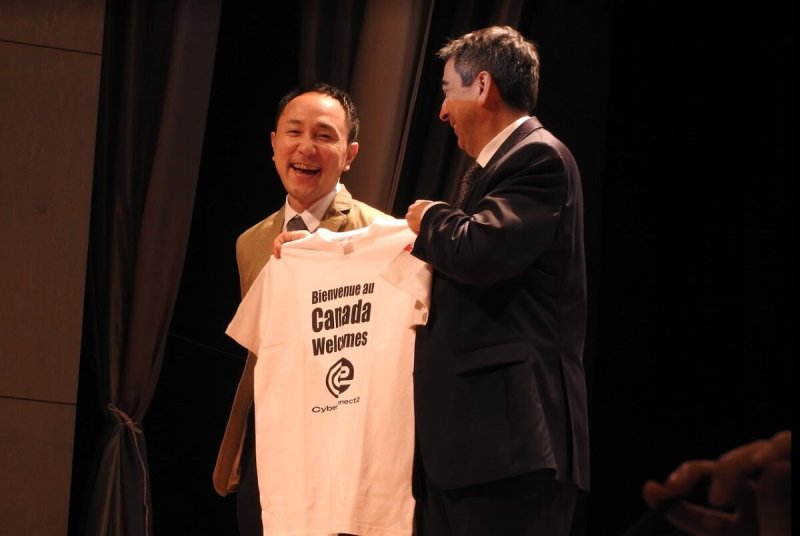 Above: Hiroshi Matsuyama (left) of CyberConnect2 with Martial Pagé, Minister and Deputy Head of Mission for Canada in Tokyo.

The company has come far since a friend of Matsuyama’s started CyberConnect in 1996. A few years later, Matsuyama joined, and he took over as president in 2001, rebranding the company as CyberConnect2. That was about the same time that the PlayStation 2 was hitting the market.

“We started without around 10, and now we’ve got 200 in Fukuoka, 30 in Tokyo, and eventually 50 in Montreal,” Matsuyama said, speaking through a translator. “Our focus has always been on the software.”

In 2002, CyberConnect2 published its first .hack//Infection game, an action role-playing game for the PS2 that was built by CyberConnect2 and published by Bandai. Matsuyama played a key role in the development of the concept for the series about monsters in the digital world of viruses and hackers. The .hack// games sold well, particularly in Japan, and they put CyberConnect2 on the map — at least in Japan. 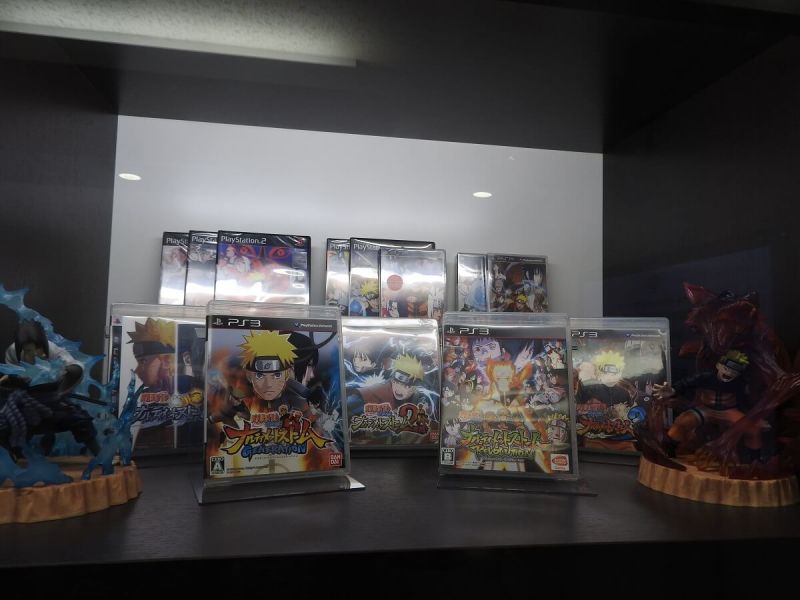 Above: Some of CyberConnect2’s console games.

Matsuyama also played a big role in pitching the Naruto fighting video games to the manga series creators. The pitch was accepted, and the company developed a series of Naruto games that Bandai published on the PlayStation 2 and other platforms. That series sold more than 10 million units worldwide, and it fueled CyberConnect2’s growth as a company.

CyberConnect2 became one of Japan’s largest independent studios. The company developed very close relationships with a few game publishers so that it could focus on the art of making games, Matsuyama said.

“We want to get better at developing games so we can make the children around the world smile,” Matsuyama said.

Around 2008, the company started making more original games such as Asura’s Wrath and JoJo’s Bizarre Adventure. CyberConnect2 makes both mobile and console games now, but much of its heavy-duty development is still focused on consoles. 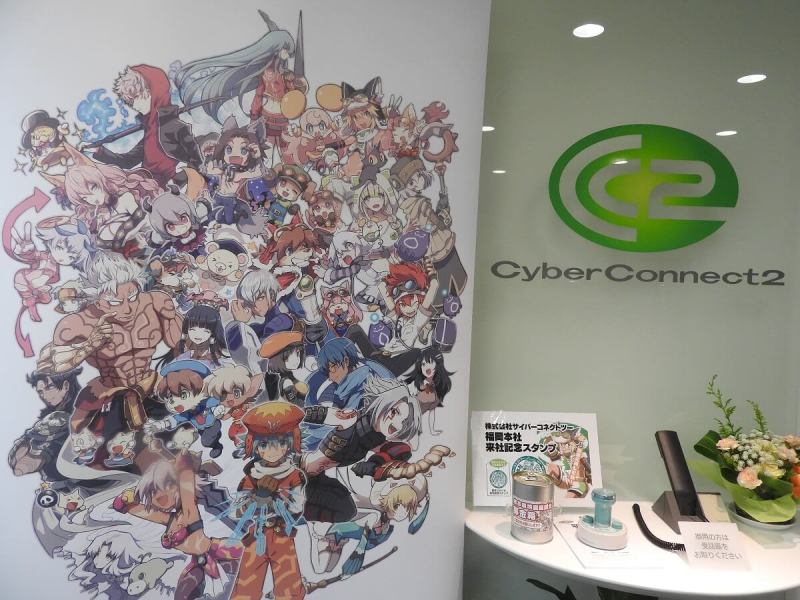 Above: CyberConnect2’s entrance in Fukuoka, Japan.

For the past five years, CyberConnect2 has been preparing to launch its new studio in Montreal, and in 2016 it finally made the move. Koji Yamanouchi, a veteran developer at CyberConnect2, became the studio manager in Montreal. In a Skype call, he described how it was difficult moving to Montreal, where he not only had to try to learn English but also French in order to communicate with the locals. Building a studio in a strange city, with people from multiple cultures, has become an interesting experiment. But Yamanouchi said he felt like it would be an interesting challenge to build a multicultural team that was filled with like-minded adventurous game developers who love the craft.

“We want to recruit both students and veterans,” Matsuyama said.

The company chose Montreal in part because it has more than 10,000 game employees, and it’s already a big player in the world’s game industry. By moving into such an international city, CyberConnect2 can have contact with and learn from locals who are already good at global gaming. Matsuyama also said that CyberConnect2 wanted to be one of the first big Japanese companies — aside from Square Enix’s Eidos division — to create a large operation in Montreal, a place where there’s a large support system for new ventures. 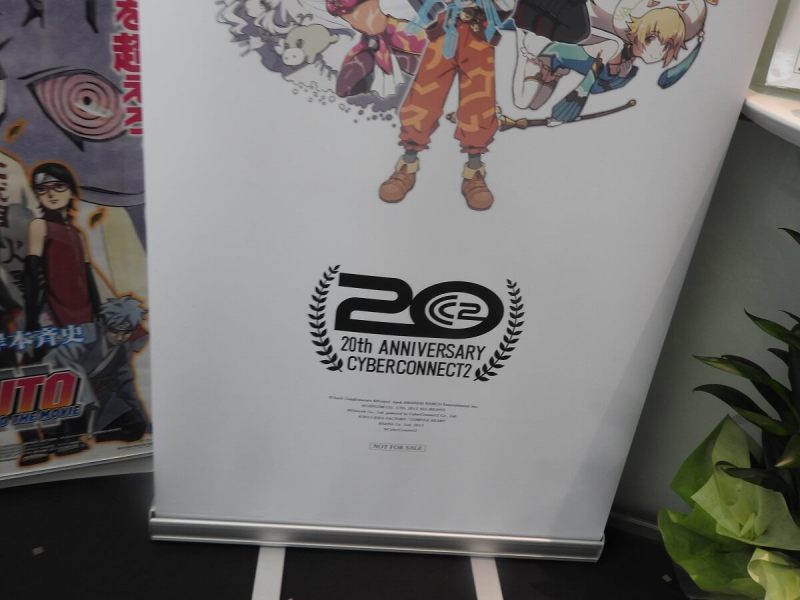 “Creativity doesn’t have any restrictions,” Matsuyama said. “We want to get some very interesting chemical reactions.”

But part of the reason for opening Montreal is a recognition that the Japanese way isn’t always right. Japanese game developers don’t have all the instincts when it comes to figuring out content that various global audiences will enjoy. Matsuyama wants the Montreal team to be able to tell the Japanese teams when they are unconsciously overstepping or even being offensive to people from other cultures.

“This is the kind of information that we want to get, and it helps that Montreal is a multicultural place,” Matsuyama said.

CyberConnect2 has sold more than 20 million games. That’s a lot for any local developer, but it’s not much when you think about the world’s biggest game companies. And while Matsuyama wants to expand in new territories and make games that are appealing to global audiences, he doesn’t want to forget that CyberConnect2 is a Japanese company and one of the only game companies with roots in Fukuoka, where the game community is strong but small.

Matsuyama wants the community to grow together and create new talent, and he helped set up a group that has monthly meetings that bring together people from more than a dozen game companies in Kyushu. The group has contests to promote and foster new developers in the region.

“One interest is to make Fukuoka the Hollywood of the game industry,” Matsuyama said. “The game companies are increasing, but not enough. We have to make it more appealing and charming.”

That might sound too ambitious, but he noted that Montreal’s development community was about as big as Fukuoka’s just 10 years ago. If Fukuoka can breed companies that grow fast, it could also be a big player on the global stage. 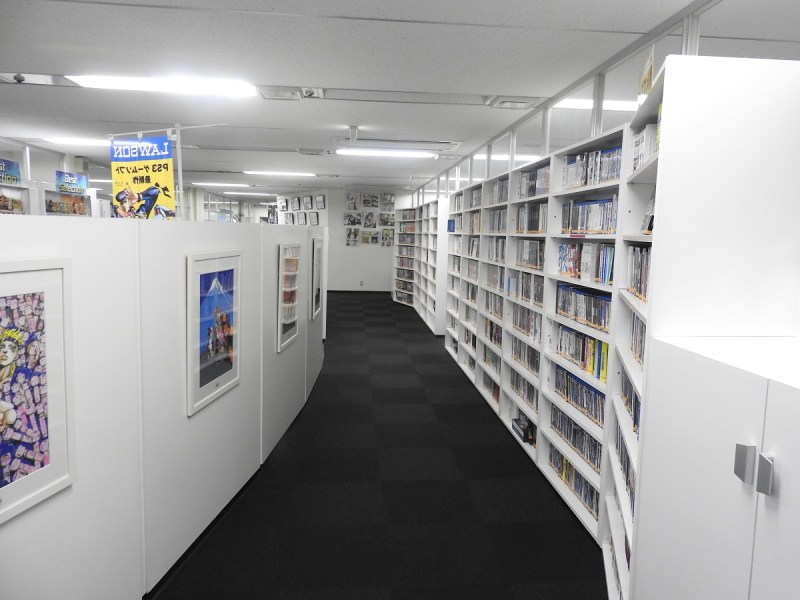 Above: Manga collection at CyberConnect2.

Ultimately, CyberConnect2 will have to figure out what its next level will be. If Final Fantasy VII Remake is successful, that will raise the company’s profile.

Once they become as large as CyberConnect2, many large developers choose to become game publishers themselves or move into multiple businesses. But CyberConnect2 has yet to stray far from making games. Matsuyama knows that it’s risky to put everyone to work on the same games, but he doesn’t want to stray too far from the franchises that the company has excelled at making. CyberConnect2 can work on about eight games at once now, about half consoles and half mobile. Matsuyama is also experimenting on a new intellectual property in virtual reality.

“We can make what we want to make,” Matsuyama said. “We have never made games that we didn’t want to do. We are not satisfied with our place in the hierarchy in the food chain. But CyberConnect2 is very cool, and we are known as talented and skillful. We are not aiming just to expand. We want to make the world happy with our games.”