Japanese developer Gree makes about billion dollars a year in revenue for mobile games. But the company is signaling a shift today as it is creating a $12 million fund to invest in virtual reality games and applications.

It’s a sign of the times, as virtual reality is expected to become a $30 billion industry by 2020, according to tech adviser Digi-Capital. Other companies such as the Venture Reality Fund, Colopl, and Presence Capital have also set up funds to invest in VR and augmented reality.

Teppei Tsutsui, managing director at Gree VR Capital in San Francisco, said in an interview with GamesBeat that the company will invest in early-stage VR companies that make either games or non-game applications.

“It’s become a very interesting area, and we are pretty excited about doing this,” he said. “We are pretty committed to mobile gaming, but there’s another emerging platform for the industry.”

Gree set up its own Gree VR studio last November to make internally produced games. But there’s a bigger opportunity here where Gree can partner with other funds that are working in the VR space, Tsutsui said. 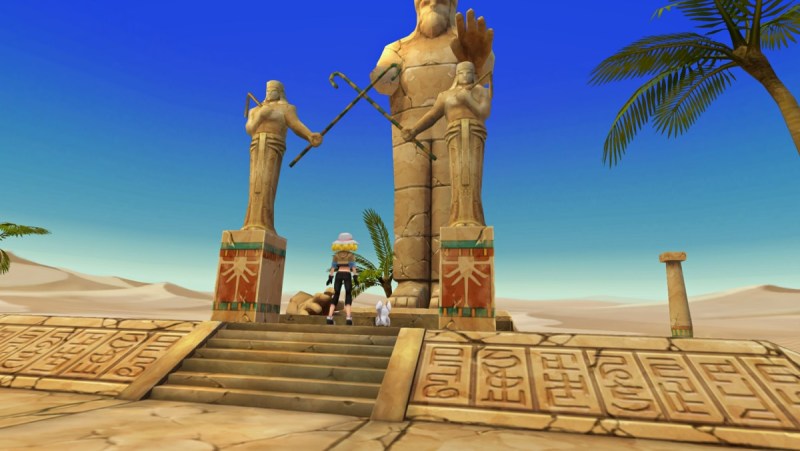 Above: Tomb of the Golems

“For now, we are focused on the North American market, but that doesn’t mean we are not looking at a global scale,” Tsutsui said.

Years ago, Gree set up a $10 million fund to invest in mobile games at the dawn of the smartphone gaming era in North America. Back then, the aim was to jumpstart games on the Gree platform, which needed a lot of content. Gree will also invest in augmented reality (AR) and mixed reality (MR) companies as it finds them. Gree made a game, Sarah and the Viper’s Crown, for Google Cardboard last year, and it is about to launch a new VR game for the Samsung Gear VR. That game is called Tomb of the Golems.

So far, Gree has made two VR investments to date. One is VRChat, a platform that allows users to create, publish and explore VR worlds with users around the world. Gree also invested in Spaces, which isn’t describing what it is doing yet.

Gree’s VR fund includes outside partners, including the Colopl VR Fund and Mixi.

“The GVR Fund highlights Gree’s commitment to the potential of virtual reality as an emerging platform,” said Naoki Aoyagi, senior vice president at Gree, in a statement. “We not only see ourselves as a content developer but as an investor as well. We want to create same values we successfully did in the past through investments in companies when the mobile platform took off.” 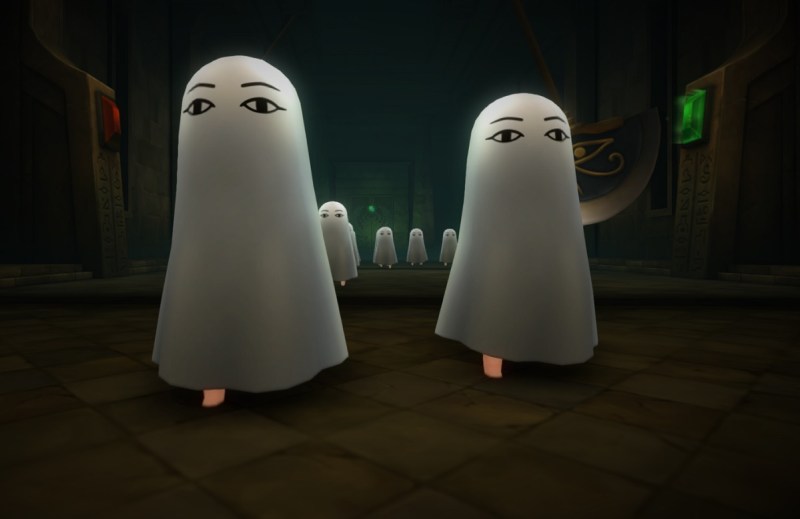 Above: Tomb of the Golems by Gree