The deal is the first-ever Southeast Asia game investment by Gree, which is publicly traded in Japan and reported a billion dollars in revenue in 2014.

The funding is the third round for Jakarta-based Touchten. The co-investor alongside Gree is 500 Startups.

Anton Soeharyo, the chief executive of Touchten, said in a statement that his company’s goal is to bring happiness to hundreds of millions of people in the world and to make Indonesia proud of its gaming business.

“It’s a start of an exciting journey, and when a giant gaming company like Gree is knocking at your door, offering their help, you just have to take it,” he said.

Previously, Touchten raised money from Ideosource in 2011, and it had another round in 2013 from CyberAgent Ventures, TMS Entertainment (Sega Sammy group), UOB Venture Management. 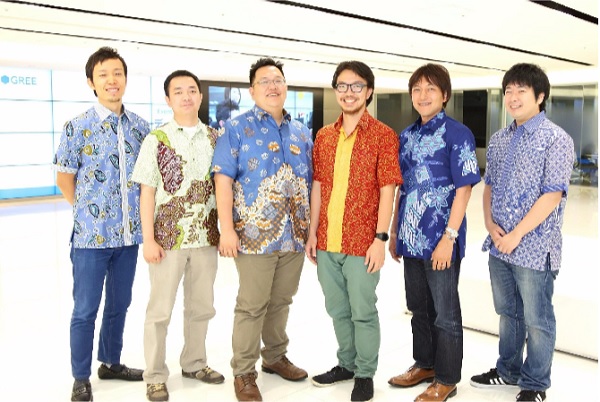 Above: Touchten and Gree executives.

Gree’s Katsushi Iida will join Touchten’s board. Yuta Maeda, the vice president of Gree, said in a statement that he was impressed with Touchten’s track record and its growth in the region.

In May 2014, Touchten launched Touchten Platform, a game-publishing platform with an “online to offline” (O2O) feature where players can play mobile games and win real rewards. Touchten’s initial game, Teka Teki Saku, drew more than 40 sponsoring merchants, including Starbucks, H&M, Zalora, and others. It has had more than 60,000 total redemptions to date.

Touchten aims to release three “mid-core games,” or those that are hardcore with short session times ideal for mobile devices, and 16 casual games this year. Next year, it wants to release 25 casual games. Touchten said it is hiring game production and business people.