Japan’s Gumi is flush with cash thanks to Brave Frontier, a huge mobile gaming hit in Japan. Now the company is expanding into the U.S. market, and it has hired AJ Redmer, a former studio manager at Microsoft’s Xbox division and one of the creators of the Xbox 360 game console, to help with its Stateside push.

Gumi is opening four sizable game studios, including one in Austin, Texas, and it plans to invest even more by the end of the year. It shows how competition has moved to a global stage in the mobile gaming (an estimated $20 billion market in 2014), and the companies that have figured out how to make money in mobile are investing in bigger guns. 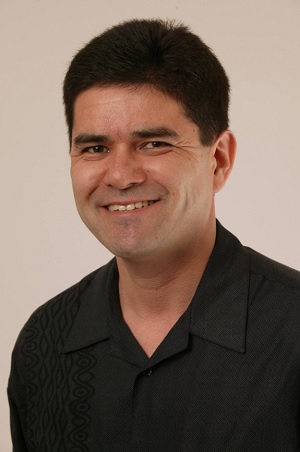 Above: AJ Redmer of Gumi

Redmer is a big gun.

He had a stint at Nintendo in the days when it introduced the Game Boy Color. He spent seven years at Microsoft during that company’s key transition from PC games to the Xbox console business. Redmer ran the racing game studio at the time of the Xbox introduction in 2001, and his teams turned out games like Project Gotham Racing and Forza Motorsport.

When Microsoft started thinking about creating the Xbox 360, then known under the code name Xenon, Redmer was the advanced scout from the game studios. He was one of three people who were assigned to Xe30, which was part of the larger 3-30-300 plan to create the Xbox 360.

Robbie Bach, then chief of the Xbox business, created a three-page paper laying out the vision for Xenon. Redmer, Jon Thomason, and Chip Wood were tasked with doing the research to create a 30-page business plan for the Xbox 360. The 300-page plan was an implementation plan for the final console. They did their work, and Microsoft launched the Xbox 360 in 2005.

It went on to account for more than 80 million consoles sold.

With Gumi, Redmer said in an interview with GamesBeat is that his charter is to make the company successful in new markets such as North America, but he will be in charge of all of the first-party Western titles. Gumi has raised $50 million in new funding, it has cut a deal to publish Sega games as mobile titles, and it sold a 10 percent stake to Line, the Japanese mobile messaging giant.

Redmer said that in addition to Austin, Gumi is opening new mobile game studios in Vancouver, Stockholm, and Kiev. Over time, the new studios are expected to launch 30 new games worldwide, including the titles from Sega such as Chain Chronicles, which is in the top rankings on iOS and Android in Japan.

“In our experience of achieving global success with Brave Frontier, we recognized that Western markets, such as the U.S., Canada, and Europe, have unique tastes to their local cultures and playing styles. As we have already done with our studios in Asia, we’ve set out to build studios in key regions with the best talent and domain expertise to produce original content that is relevant to local markets in the West,” said Hironao Kunimitsu, the CEO of Gumi. “With AJ’s first-hand experience overseeing production of several of the gaming world’s most iconic franchises, Gumi aims to raise the bar of mobile gaming development for global regions.”

Gumi was started in 2007 as a developer and operator of mobile online games. It has distributed more than 40 titles, but Brave Frontier is the one that has broken into the top-grossing games charts in Japan. Redmer noted that this game has proven the importance of a good back-end infrastructure, great monetization, and good user acquisitions.

“All of those are critical for the success of Brave Frontier,” he said. 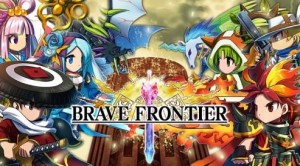 Redmer said he paused his career to look after his kids. Now that they are grown, he is jumping into a full-time gig again.

“Gumi let me start from ground zero, and their approach is to build things locally, as appropriate for each region,” Redmer said.

He noted that while competitor GungHo Entertainment has a more popular title in Japan with Puzzle & Dragons, Brave Frontier is crushing that game in the rest of the world.

“I attribute that to high-quality translation, a consistency of quality, and simplicity in its interaction,” Redmer said. “Brave Frontier is also consistent with how Americans play games.”

He said the first four game studios will be set up in the next 30 days. Then he will set up two more by the end of the year. Each studio will have around 20 people.