Jaunt has built a library of cinematic virtual reality films, and now you’ll be able to watch them in your living room on the PlayStation VR headset.

The Jaunt VR App is debuting today on the PSVR, which went on sale in October. The movie-like content on Jaunt puts you in the middle of a film so that you can feel more immersed in a place as you watch the action unfold in any direction that you gaze. The 360-experience is one kind of non-game content that is proving popular with VR fans.

The PSVR will sell an estimated 750,000 units in 2016, according to market researcher SuperData Research. Hardcore gamers will be the primary buyers on the PlayStation 4, which has sold more than 50 million units to date. But if the PSVR is to reach wider audiences, the non-gaming content will become a lot more important. And that’s where Jaunt comes in.

Jaunt has more than 150 high-quality, award winning, immersive VR experiences that span travel, sports, music, film, horror, and more. You can download them on a PS4 now.

For users with high-bandwidth internet connections, Jaunt for PSVR offers the same detailed video resolution and smooth low-latency head-tracking as Jaunt for Oculus Rift and HTC Vive. The user-friendly design of the PS VR headset, combined with the highly regarded cinematic content of Jaunt, provides consumers with a comfortable experience that enables immersion and engagement for longer periods of time. 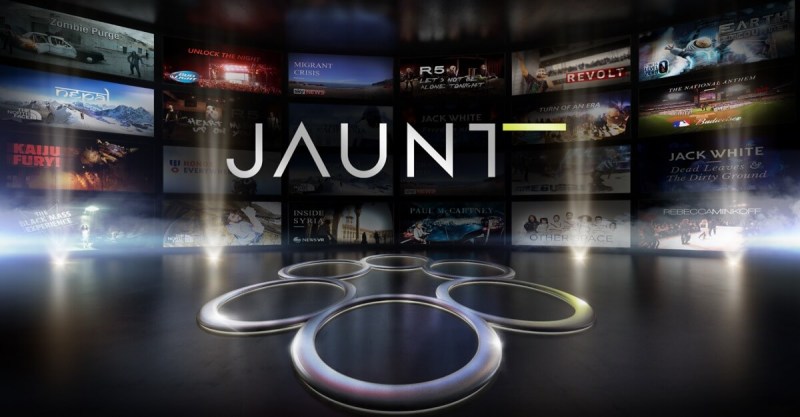 Above: Jaunt has lots of VR movies and 360-degree experiences available to watch via VR headsets.

“We’re thrilled to introduce our dynamic list of immersive VR experiences to users on a platform that is quickly evolving to be more than a gaming console,” said George Kliavkoff, president and CEO of Jaunt, in a statement. “We’re committed to entertaining our users, wherever they may be. And the Jaunt VR App for PS VR not only brings hours of cinematic VR content to viewers worldwide, but also ensures that Jaunt continues to be available on every major consumer VR platform available.”