Jeff Minter has made great games for decades, but his reboot of Atari’s 1980 arcade game Tempest made him an international icon — and gave Atari a killer app for the “64-bit” Jaguar console. Now that Atari itself is rebooting, Minter has returned to give the company a crown jewel in the form of Tempest 4000, a more intense sequel to Tempest 2000 and its spiritual successors.

Speaking with GamesBeat, Minter addressed some of the biggest questions gamers have had about Tempest 4000: Is a VR mode coming? What’s going on under the game’s hood? How do you get past the most difficult levels? And what’s the deal with all those Indian food, KLF, and livestock references in the game? 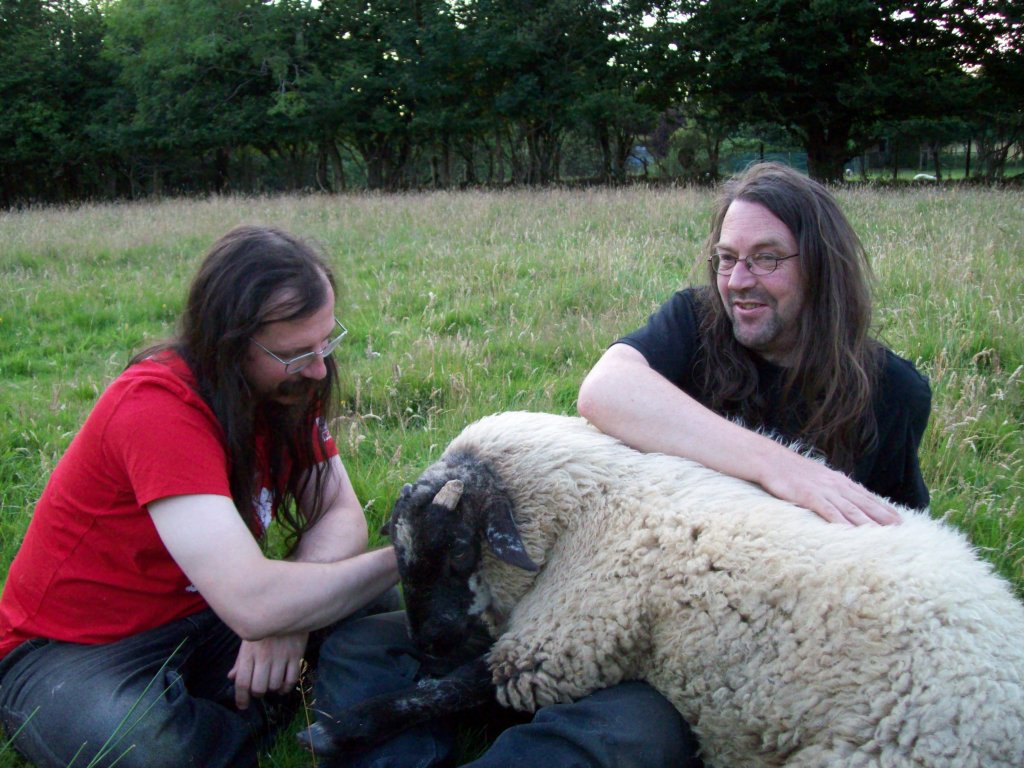 GamesBeat: PlayStation VR gamers were expecting Tempest 4000 to have a VR mode, and if any game would make great use of VR, this is it. What happened, and might you include PSVR support in a post-release patch?

Jeff Minter: We had VR working in our prototype, and yes, it does look amazing in VR. Getting everything fully working and certified in VR adds a fair bit to the development time; there’s a whole separate section of certification you have to go through on top of the already rigorous QA process before you can release on PSVR.

The powers that be wanted us to concentrate on producing a game that was consistent across all three platforms, and localized across six different languages, so that ended up displacing the completion of the VR mode.

I would like to add it back in if we get the chance, because it was spectacular and ran at 120Hz and 2x supersampling, as all our PSVR work does.

GamesBeat: Tempest was originally developed around a rotary controller. How did you adjust the controls for the analog joysticks most players are using now? 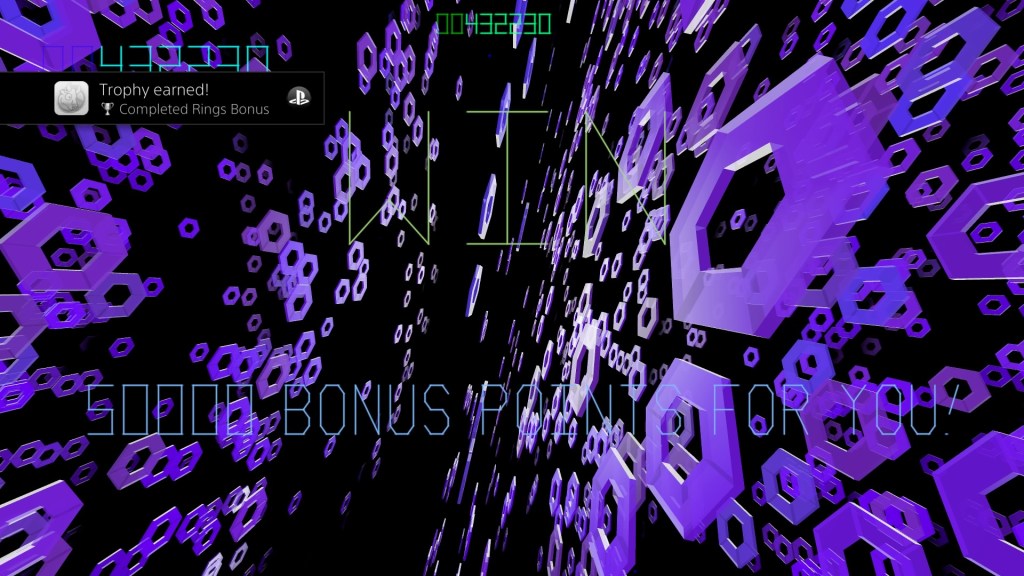 GamesBeat: Some of Tempest 4000’s stages are brutally difficult by design (including Destroyer), in part because you can only restart with a single life. Do you have any pointers or cheats for players who might get stuck along the way?

Minter: Ah, perhaps you are not taking best advantage of the way the Restart Best mechanic works. The idea is that when you reach a level, your lives and score are compared with the best yet achieved on that level, and if they are better they are saved, and on subsequent games you can start that level with the best lives and score you ever had upon reaching that level. You can go back and play earlier levels to increase your “best ever” lives and score for particular levels, and over time build up a kind of “best ever” game across all the levels.

Of course, the downside is that if you just about make it onto a level with one life left, and then get killed, you’ll be able to restart from that level… but only with the single life you had when you got there before. When this happens, it’s often better to back off a couple of levels, to a previous Restart Best where you had more lives in hand. With practice you’ll be able to push through and reach the higher level with more lives in hand, thereby giving yourself a better Restart Best point with more lives available.

GamesBeat: Many people consider Tempest 2000 to be the best title ever released for Atari’s Jaguar, and your Virtual Light Machine to be the single biggest highlight of the Jaguar CD accessory. What fundamental hardware changes (from the prior 16-bit generation) made those titles possible?

For Tempest 2000, the Jag’s blitter processor and accompanying RISC CPU supported a variety of modes, allowing for fast line draw and interpolating horizontal line fills. This allowed for the use of shaded polygons to fill the web, and via a bit of trickery, enabled the shattering-bitmap effects used in the game. 2D blits with rotation and scaling enabled the fullscreen feedback effect used sparingly in T2K, and more extensively in the Jaguar CD VLM implementation.

GamesBeat: What similar hardware improvements (in modern hardware) did you leverage to make Tempest 4000 special?

Minter: Modern GPUs allow us to remove the imperfections that I see when I look back on T2K on the Jaguar. The vector lines on the Jag were of necessity rather steppy and blocky, because that’s what the underlying resolution of the display dictated. On modern hardware we can render at silly resolutions and make the vectors smooth and lovely as they ought to be. 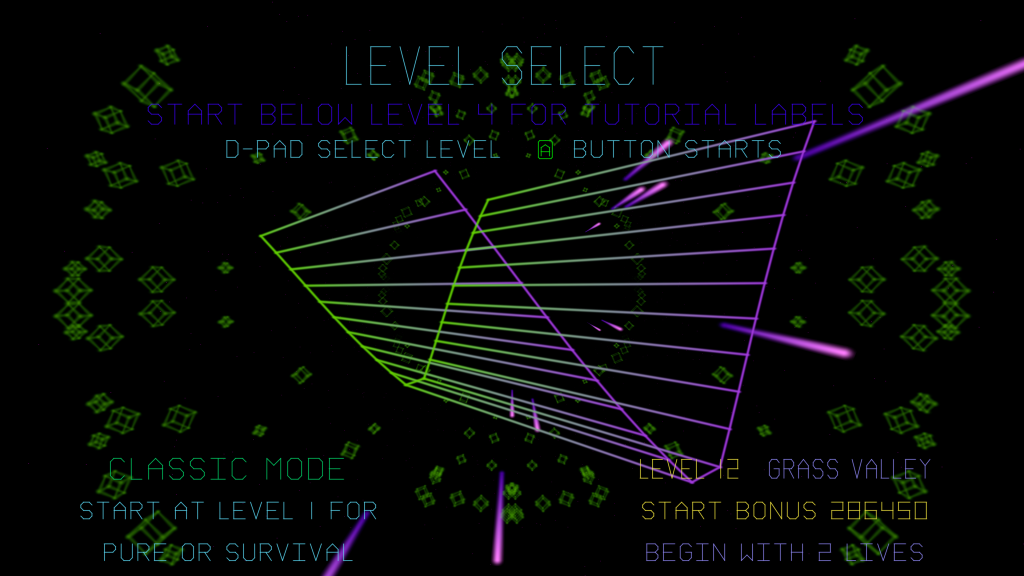 On the Jag, the frame rate could get a bit choppy when a lot of stuff was going on, but on modern hardware there’s a ridiculous amount of GPU power available, so the frame rate can remain perfect even at very high spatial resolutions. Not having to worry about running out of rendering power also means we can add more enemies, effects, and complexity to the game itself, and even add gratuitous extra stuff like fullscreen postprocessing effects to accompany certain in-game actions.

GamesBeat: Are there any differences between the PS4, Xbox One, and PC versions such as color rendition (HDR) or other features? If so, will players really be able to notice them?

Minter: The game should run pretty similarly on all three systems. We didn’t implement HDR because by the nature of the game, it’s not really going to add any visual benefits. HDR is best when you have a bunch of detail that needs to be extracted in a fairly narrow range of the gamut, and this game is bright and contrasty anyway, so I don’t think you’d see much benefit. If you can push to 4K, it’ll run at that resolution and look especially sharp and lovely.

GamesBeat: There are a ton of KLF, Indian food, and furry beast references in the game, all of which make more sense when cross-referencing your @Llamasoft_ox Twitter account. For those who might not know you yet, what’s your favorite KLF track, Indian dish, and animal?

When treated as such instead of as “livestock,” they reveal themselves to be as full of character and as affectionate as any more “conventional” pet. We like to demonstrate that every morning via our regular daily “Morning Sheep Time” Periscope broadcast, where people can see us saying good morning to our flock, and see for themselves how lovely the sheep are.