Global creator company Jellysmack has added more than 200 creators to its program for boosting internet personalities. And the company said its owned network of video channels has more than 10 billion monthly users now.

During the second quarter, the Los Angeles company added 80 new personalities to its creator program, and that was the highest number of additions in any quarter so far.

The company in May got a third round of investment from SoftBank, which catapulted the company to unicorn status, meaning it is valued at more than $1 billion. Combined Jellysmack-managed content boasts 10 billion global monthly video views and a cross-platform reach of 125 million unique U.S. users, reaching nearly 45% of all Americans. These are the views of Jellysmack’s owned and operated networks.

There’s a reason they’re signing up, said head of partnerships Jeff Olson in an interview with GamesBeat. Jellysmack claims it simplifies the creation and distribution of a creator’s content and gets it to as many platforms as possible in the right format. These are things that individual creators don’t have time or staff for, but they can make a big difference in the overall audience, Olson said.

“My job is to identify and get in contact, and then negotiate our deals with our creators to ensure that they’re set up for success,” Olson said. “Then we just start distributing their content and help build their business further. We amplify them.”

The creator program uses Jellysmack’s proprietary AI technology to bring a video creator’s existing content to a wide range of social platforms including Facebook, Instagram, Snapchat, TikTok, and YouTube — expanding their audience and generating incremental revenue. In addition, certain creators enlisted Jellysmack’s support deals where the company edits raw video footage and then optimizes and distributes it across all the major social media platforms.

And they get to the flaw in the business of most creators.

“Most creators have a predisposition to distribute their content on one or two platforms,” said Olson. “And we believe that creators need to build a multiplatform presence in order to truly build their brand, build their audience, and fully maximize their business. And with that success comes all the other deals that their agents and representatives can get them. When your audience is bigger across multiple platforms, suddenly you’re a social media star.”

The first partner who signed on in 2019 with Olson used to have no followers on Facebook. Now that creator has more than seven million followers on that platform. Sometimes there are 40 people working on a creator’s account at any given time, across acquisition, editing, community management, content strategy, graphic designers, and other functions.

“We have technology that allows us to do things at scale, or highly efficient, or tap into significant amounts of data that we have from so many creators we work with,” he said. “And we have data from the content we’ve uploaded for years on our own channels, and  we adapt that data into actionable things we can do.”

That involves selecting the right video to post at the right time on the right platform, after doing multiple edits, thumbnails, and different titles that can all be tested.

“We could test 20 or 30 different combinations of a video,” he said. “Our test will come back saying what is optimal.” 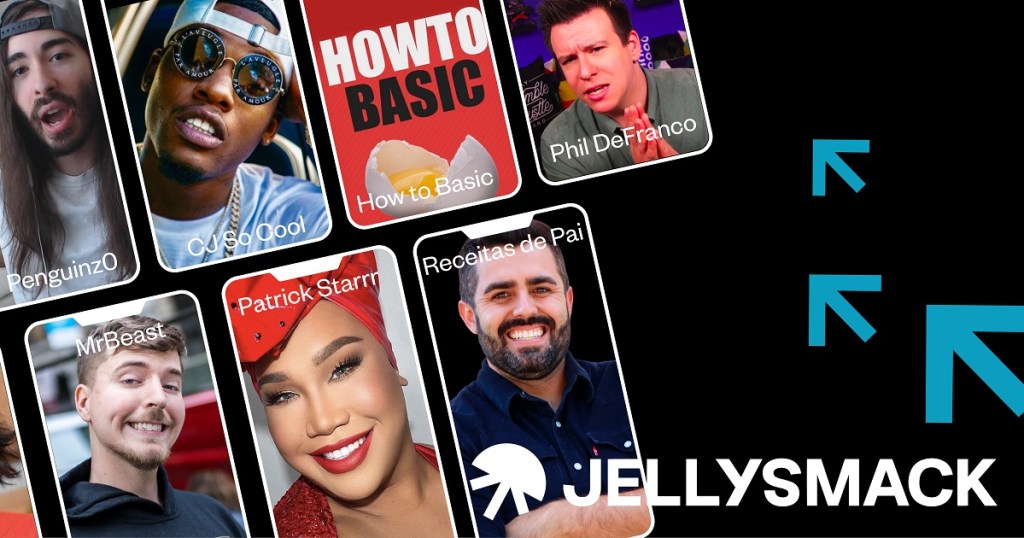 Above: Jellysmack has more than 200 top tier creators.

But Olson noted that the company isn’t an agency, a kind of firm which typically finds brand partners for creators. Jellysmack uses technology to help the creators analyze and grow their audiences, almost like user acquisition.

“We call ourselves the global creator company. That’s how we think of ourselves,” Olson said. “Our whole mission is to partner with creators, and we can help get their content out to the right audiences. And we use tech to do that. Our core DNA is technology.”

The company has built its audiences across a variety of markets, but gaming is one where it could make more headway.

The Q2 creator program additions boast a combined total of over 207 million YouTube subscribers. In addition to these established creators who already boast millions of followers, the Q2 partners list also includes up-and-comers, some with as few as 2,500 YouTube followers at signing, Olson said. In gaming circles, it counts PewDiePie among its clients.

Jellysmack is also expanding overseas. The company’s Q2 creators are based in nine different countries around the world including Australia, Brazil, Canada, France, Israel, Mexico, Morocco, the United Kingdom, and the United States. The creators represent numerous content genres including art, gaming, automotive, family and parenting, pranks, reaction, and more. 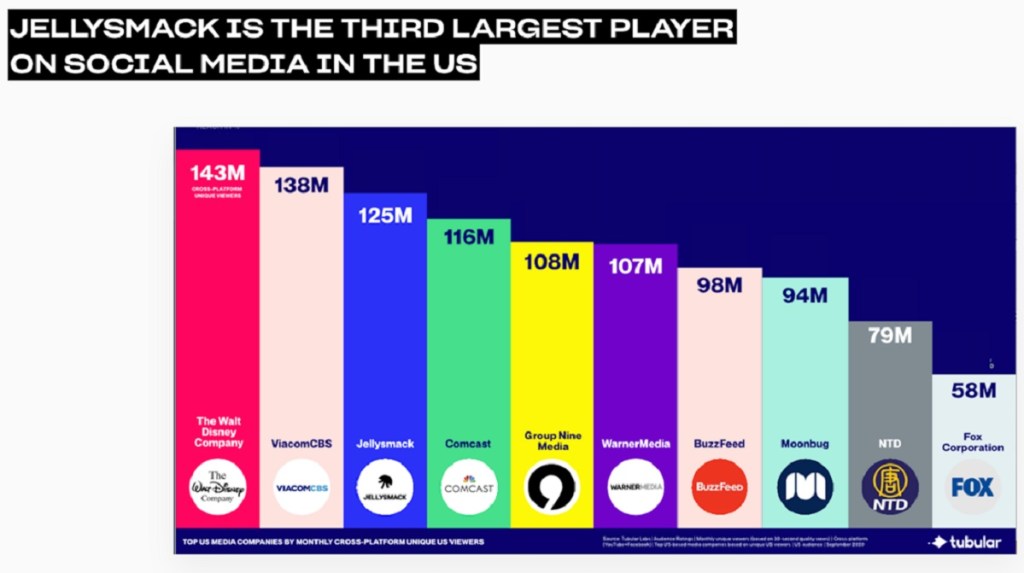 Jellysmack also rolled out a new media partner program this past quarter, marking the first time it is optimizing and operating social media content for a brand partner, as opposed to an individual creator or its owned and operated channels. Mixed martial arts media brand Combate Global, one of the fastest-growing sports franchises in North America, was the first to join.

Lastly, Jellysmack also announced entry into the rapidly growing blockchain world in Q2 with the addition of Nathan Guetta as vice president of cryptocurrency. Guetta will develop the company’s strategy to add NFTs and other blockchain products to its offering, making them available to anyone in the Creator Program. The goal is to help creators strengthen their relationships with fans and launch new revenue streams.

Cofounded in 2016 by Michael Philippe, Robin Sabban, and Swann Maizil, Jellysmack is a global creator company that detects and develops the world’s talented video creators through technology.

The company’s proprietary data and video optimization tools drive social audience growth, unlocking new revenue streams and amplifying monetization. It’s a business created by technology, and one that I wouldn’t have predicted a decade ago. Chalk it up to people using technology to invent new careers, just like the creators they support.