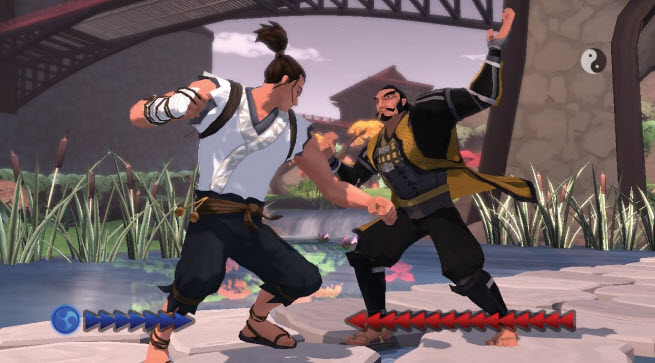 Are you reminiscing about the 1980s? Well, Jordan Mechner has a game for you. The designer of the original, groundbreaking Prince of Persia has gone back to dust off his first big hit, Karateka, and he is now releasing the fighting game reimagined for today’s digital platforms. 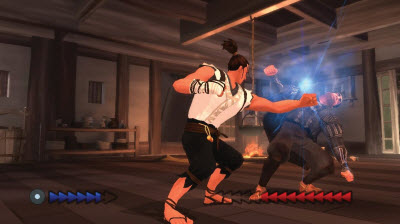 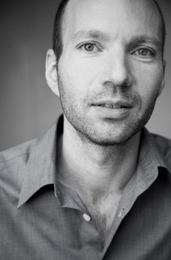 Karateka is launching today as a downloadable title on Xbox Live Arcade, PlayStation Network, Steam, and iOS. Mechner has made some blockbuster games in his time, and he spent time in Hollywood writing the screenplay for the feature film Prince of Persia: The Sands of Time, a Jerry Bruckheimer film that was the highest-grossing video game film adaptation ever at $335 million.

So it is interesting that Mechner has turned his attention to digital platforms, including the iPhone, as the medium of the future. The reason he is doing so is creative freedom.

“We had time to experiment with new approaches,” he said in an interview with GamesBeat. “No pressure. We did more than make the game again. We rebuilt it completely, with brand-new combat mechanics.”

The original game was a karate-fighting title with a love story that Mechner first created for the Apple II as student at Yale University more than 30 years ago. It was a best-seller in 1984, selling more than 500,000 units. It influenced a generation of gamers with its rotoscoped animation and cinematic cutscenes. And it sold so well that Mechner was able to move on to his signature game, Prince of Persia. More than 17 million Prince of Persia games have been sold to date. 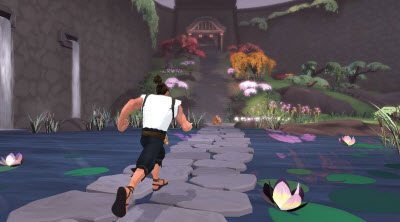 With his new firm Liquid Entertainment, Mechner led a team of 12 people this time and says he loved to immerse himself in the daily work with the whole team. 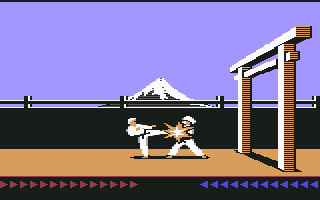 “It was refreshing where it was small enough where I got to talk with every member of the team every day,” Mechner said. “We wanted it small because at its heart, we wanted Karateka to be a small game that you could play in one session.”

And they could proceed through a period of experimentation over the course of a year, without the pressure of a publisher breathing down their necks. Mechner funded the game with friends and family, including an investment from screenwriter John August. They made use of graphics, sound, music, and environmental effects that could make a mobile and digital game as immersive as a $60 retail game.

The new title is a rhythm-based story fighter. That means that you match the rhythm of your opponent’s attacks and eventually earn your counterattack.

“Anyone can grasp it, but it is difficult to master,” Mechner said.

It has cinematic cutscenes and a series of escalating karate battles. It has three playable characters who seek to free the princess Mariko from her evil captor, the warlord Akuma. The first character is her True Love, the second is a Monk, and the third is a Brute. The full game lasts about 40 minutes. If you die, then the next character takes your place. Mariko is happy to be rescued, but she wants to be rescued most of all by her True Love. So you have to get good enough to make it through the first time without dying.

That makes Karateka highly replayable, Mechner said. And it also means the rotating characters means that the player stays immersed in the game in the transition from one life to the next.

“The game never pulls you out of the story the way a respawn does,” Mechner said. 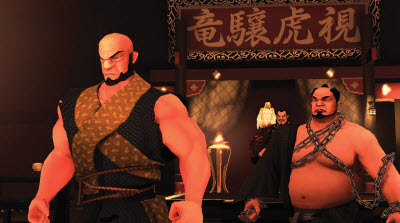 Composer Christopher Tin, who won a Grammy award for his “Baba Yetu” song for Civilization IV, created the musical score. Made with authentic Japanese instruments, the music changes in real time based on how much action is happening and who is winning. Mechner said, “You can tell what is happening just by listening to the music.”

Jeff Matsuda, animator on the celebrated Batman: The Animated Series, created the art.

“On the first game, the team size was me, unless you count my dad, who made the music,” Mechner said.

Mechner said he hopes the game will appeal to the original fans as well as younger players too. The game available today on Xbox Live Arcade (published by D3 Publisher) for 800 Microsoft points. It will be out on PSN, Steam, and iOS in November for $9.99.