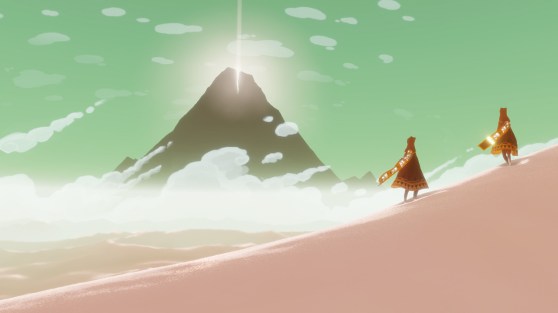 REDWOOD CITY, Calif. — It’s not about whether you’re making a shooter or a role-playing game. It’s about what feelings you’re trying to elicit.

The next time a designer sets out to make a new game, they might want to reconsider their approach. Rather than define their game as a shooter or an RPG, Funomena cofounder Robin Hunicke feels they should think about what feelings they want to elicit in the player.

Hunicke refers to this approach as “feeling-focused,” and she feels it’s the key to unlocking a new slate of gaming experiences. Probably the best example of this approach is Journey, which Robin Hunicke worked on as an executive producer. An artistic adventure game, Journey focused heavily on eliciting feelings like seclusion and wonder. When it was released in 2012, it was widely praised for its beauty as well as for taking a unique approach to multiplayer that saw players working together in silence.

Other examples of “feeling-focused” include Minecraft, which Hunicke cites for being geared entirely toward eliciting the excitement of creation. Whether working with friends to re-create the Mines of Moria or battling the odds to protect their castle through the night, players are meant to have a sense of ownership over the world.

“There is this amazing sense of accomplishment because you created this world and you survived,” Hunicke said, “almost like you’re a god.”

Designing such a game can be challenging. Hunicke feels that teams working on a feeling-focused games must have a high level of communication to be successful: “Artists, programmers, and designers all have different strengths, which means their approaches are different, so it’s important for developers to be honest with one another,” she said. “An artist needs to be able to tell a programmer that the latest tweaks make the game slower, or that something isn’t quite working. If you don’t, then you will get six months down the line on a game you don’t feel good about.” 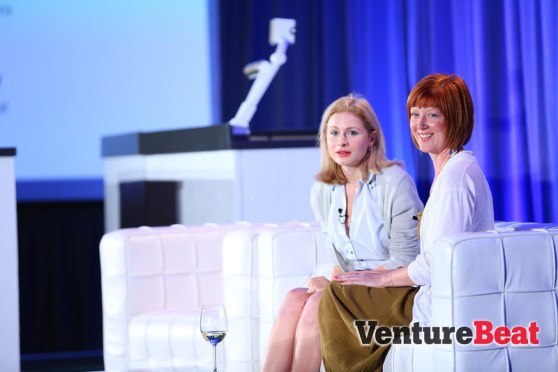 Hunicke is also a believer in working closely with the intended audience from the very start. While working on Journey, her team aggressively prototyped different gameplay concepts, showed them to players, and cut what didn’t work.

“If you want to make a game that’s accessible to kids, or to women, or breaks through the boundaries of a multiplayer game … if that’s your goal, you need to be testing with people in your demographic,” she said. “Not at the end, when you’ve made all of your decisions, but at the beginning. And you need to be able to listen to that demographic.”

Properly executed, the possibilities afforded by Hunicke’s feeling-focused games are tantalizing. It’s would enable developers to create games that reward creativity and curiosity, elicit the intense feelings of romance, or re-create the awe of a beautiful vista while hiking.

Hunicke hopes to apply this approach to an unannounced project she’s working on with Katamari Damacy designer Keita Takahashi, who is known for creating incredibly unique experiences of his own: “One thing I’m interested in exploring is that games are about success and achievement is about conquering, while my experience of achievement is adapting and growing. It’s a process of becoming more than what you were by the process of overcoming a challenge, rather than eliminating or destroying that challenge.”

Ultimately, Hunicke said, that sense of growth may be the most enticing feeling a game can elicit: “The most addicting feeling is achievement. Much more addictive than fear.”