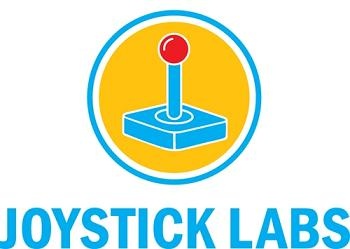 Joystick Labs has announced that it plans to boost the fortunes of indie game developers by starting a seed-stage venture fund and startup accelerator program.

The Durham, N.C.-based firm is now accepting applications for the program, which will focus on video games that will be distributed via digital online channels. It is akin to a Y Combinator for the game industry, which has had unique problems in its history when it comes to game financing.

Juan Benito, a game industry veteran and co-founder of Joystick Labs, hopes to bridge the gap between having a great game idea and producing a game.

“Joystick Labs represents a new opportunity in game development that is in tune with the changes we see in the industry,” said Benito. “We will reduce the barriers to entry to a point where there is nothing holding back a team of talented developers from launching their own studio.”

Joystick Labs will host 12-week accelerator programs in which developers who are chosen will be given seed funding, mentorship, and access to the technology required to create cutting-edge digitally distributed video games. In contrast to traditional funding of games by publishers, Joystick will allow developers to retain the ownership of the intellectual property that they create as well as creative autonomy. The first program starts Sept. 7 in Durham, N.C.

Benito said that the stipends per team member are $6,000 for the 12 weeks. In addition, Joystick Labs provides offices, computers, and software tools. It also incorporates the companies and provides legal, marketing and financial advice as well as formal mentoring and speakers. Initially, the program will support four to six teams.

“We think that our support will make a difference as to whether a developer works on a game in their spare time or commits to doing it full time,” Benito said.

Michael Capps, president of Epic Games (maker of the Gears of War and Unreal games), said his company will support the startups with its Unreal game engine technology. Co-founders of the group besides Benito include venture attorneys Glen Caplan and Justyn Kasierski of Hutchison Law Group, and veteran technology executive Lawrence Steffann. Angel investors supporting it include NC IDEA, Chris Evans, Brian Handly, Reid Conrad and Eric Huang. The company focused on Durham because of the presence of the area’s large number of game companies — 30 firms with more than 1,000 employees.

The creation of the entity has interesting timing. In the past, game developers were at the mercy of game publishers, who controlled retail distribution of games and could often dictate terms. The costs of game development for the consoles became so large that the publishers only backed sequels of hits or proven teams. The indie developers were often left out in the cold, scrambling for any kind of funding. Around 2007, venture capital investments came on strong as new web-based distribution opened up. The growth of Facebook and the iPhone as game platforms also opened up huge avenues for developers to directly distribute their games.

But there remain lots of obstacles in the way of entrepreneurs trying to carve out their own paths among the multibillion dollar game companies that are already producing hundreds of games a year with internally owned teams.

Also, the recession has hurt demand for traditional video games and big game publishers and game studios have laid off thousands of developers, Benito said. That is creating an opportunity for experienced game veterans to consider joining startups. But while the opportunities for indie game makers are myriad, the business is getting more complex, and it pays to have game development teams that are both business savvy and good at creating games.