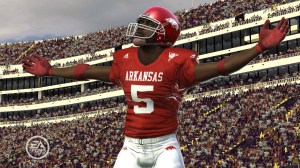 The July U.S. video game sales numbers show that Nintendo is way out ahead but Sony has beaten Microsoft yet again in the battle for second place.

The Nintendo DS sold 608,400 units while the Sony PlayStation Portable sold 221,700 units. The PS 2 sold 155,510 units. Sony noted that its sales are up 99 percent year to date. But it has to be concerned about how the DS is pulling away; Nintendo happily noted the Wii had 49 percent of the console market in July while the DS had 73 percent of the handheld market.

Microsoft said in a statement that it is still selling more games per console than its rivals at 7.9 games sold per console. It also said it has sold $10.4 billion worth of Xbox 360 hardware, games and accessories since the Xbox 360 launched in November 2005. But it’s clear that Microsoft has to start thinking seriously about how to pull back ahead of Sony in the console hardware business.