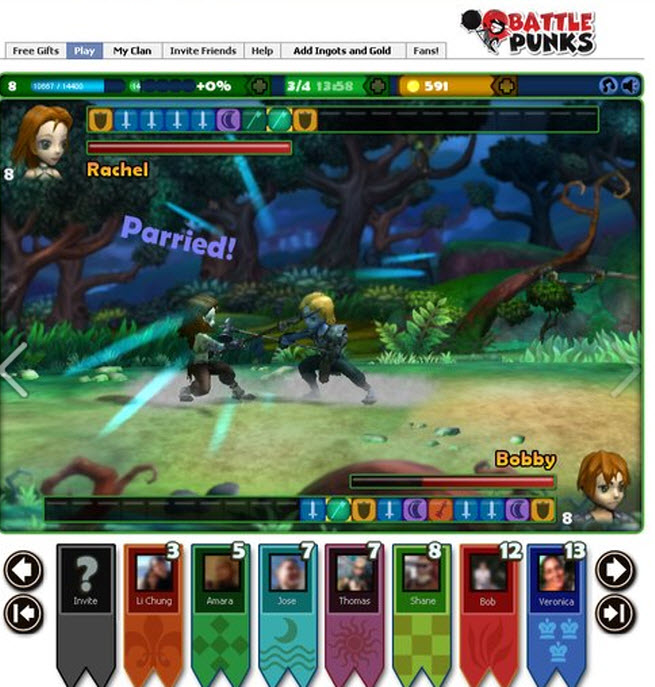 Redwood City, Calif.-based Kabam makes hardcore games for social network audiences such as Dragons of Atlantis. With Gravity Bear, the company brings in a new developer that has focused on 3D browser game development. Gravity Bear launched its 3D combat dueling game Battle Punks in the spring of 2010.

The acquisition will bring some fresh games to Kabam’s portfolio as it expands beyond strategy games. 3D games will become more fashionable on Facebook and in browser-based formats thanks to the launch of new technologies such as Adobe’s Stage 3D. Gravity Bear has been working on a 3D-accelerated version of Battle Punks for more than a year.

“With their terrific track record in developing high quality, engaging games for core gamers, Phil and the Gravity Bear team make an outstanding addition to Kabam and our strong lineup of games,” said Andrew Sheppard, president of Kabam Game Studio, in a statement. “The original Battle Punks was already a fun, immersive game. We look forward to taking the game to a new level with Stage 3D and building this title into a very large franchise, much like we did with Dragons of Atlantis.”

“It’s great to be part of a company that has a clear vision for taking FTP games to the next level along with the state of the art technology, distribution, and analytics required to successfully scale a game,” said Shenk. “We will benefit from Kabam’s outstanding capabilities and resources. And their focus on creating immersive experiences and worlds for core gamers is a perfect fit for our team.”