Kabam is laying 8 percent of its mobile game company workforce today as part of a strategic move to focus on a more narrow type of game that it knows well. It’s not clear exactly how many jobs are affected, as Kabam isn’t disclosing those details.

Kevin Chou, the chief executive of San Francisco-based Kabam, said in an exclusive interview with GamesBeat that the company will focus on free-to-play massively multiplayer mobile games such as its current hits, Marvel: Contest of Champions and Star Wars: Uprising. That means it will put less emphasis on single-player games such as Fast & Furious.

But Chou said that the company is sticking to its strategy of making “fewer, bigger, bolder” games. The company expects to invest more than $100 million in seven unannounced games, at an average investment of about $14 million per game, with those titles coming out in the next couple of years. Massively multiplayer games started on PC platforms (think World of Warcraft or EverQuest). But these have become increasingly popular on mobile in part for their more complex play systems, better graphics, online communities — and free-to-play mechanics. Like with MMO games on PC, publishers can make millions by selling in-game currency, items, cosmetics, and other trinkets to players.

“Our view is that the players are at the heart of the game, and massively multiplayer games are our core business,” Chou said. “This is what we are focusing on something very specific that feels like a Kabam game. You play with other people synchronously and asynchronously. You collaborate with other players.”

He added, “We are looking at 2017 and 2018, and are being very purposeful. One thing that is kind of crazy is that, at $14 million per title, we are getting close to how much it costs to make console games.” 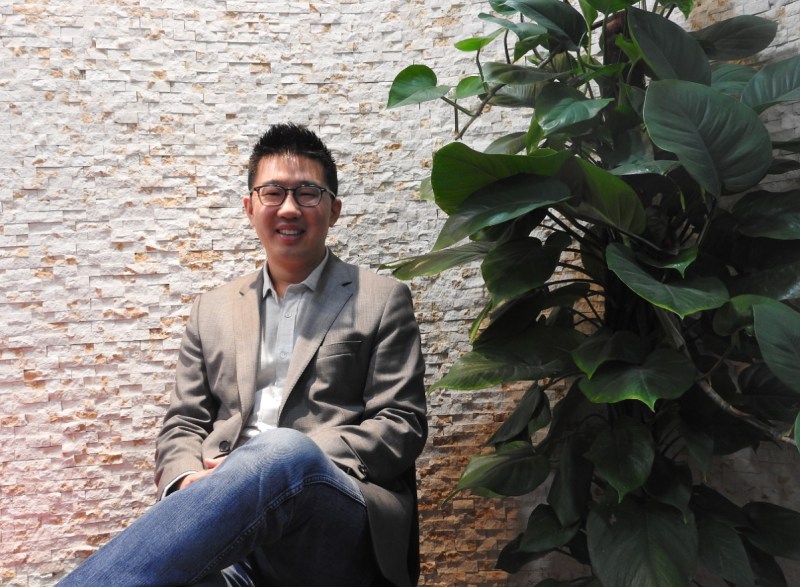 Above: Kevin Chou, CEO of Kabam, at ChinaJoy in Shanghai.

Chou said the company has realized that over the last six years of making games, it is best at massively multiplayer free-to-play games, where lots of players can participate in massive online battles on mobile devices. Kabam has pivoted often during its short life. It started out making Facebook games, and then it expanded to other social networks. It moved into mobile with titles like Kingdoms of Camelot: Battle for the North, and The Hobbit: Kingdoms of Middle-earth.

Then it started getting licenses such as the Marvel and Fast & Furious franchises, which led the company to focus on fewer titles that could have more impact and a chance to make it into the top-grossing titles. During this period, Kabam scored an investment from China’s Alibaba at a valuation of more than $1 billion. In 2015, the company published just four games (like Star Wars: Uprising), compared to 16 in 2014. But each game is generating more revenue.

“In my view, the mobile market is incredibly dynamic,” Chou said. “The top-grossing games aren’t changing that much. We have transitioned from our first generation of mobile games to new games. We had a mixed bag of results. We wanted to take the learnings we had, assess what we were passionate about, figure out the misses, and then distill that into a world view.”

Now the strategy going forward is to focus even more on such games, with five pillars in the strategy. First, the company will invest heavily in fewer titles, and it will spend more time crafting each one. Second, Kabam will also use a common tech stack across its studios, rather than allow each studio to do its own thing. Third, it will invest in franchises with long-term thinking about the player community, and, fourth, it will try to win in Asia by extending its franchise to the global market. Lastly, it will also favor global brands for its games, like the Marvel license for its Contest of Champions.

Chou said these are “smart but tough movies” to proactively transition Kabam from the games it made in its early years to “triple-A,” or high-end massively multiplayer games. 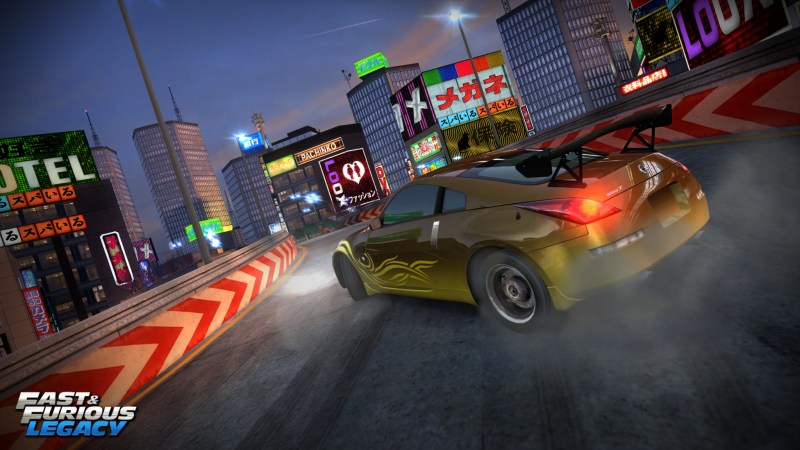 Kabam started on this strategy last year with the divestiture of its web games to RockYou. Then it divested its first-generation mobile games to China’s Gaea last month. Chou said the company is still working out exactly how many jobs will move to Gaea, and that’s one reason for the vague details on how many jobs are being cut.

“It is never easy to say goodbye, and we are deeply grateful to the contributions these people have made,” Chou said in a blog post. “Wherever possible, we are moving talent directly into the studios to fortify our game teams that work on making and operating games.”

While the Marvel game fits in the new strategy, the Fast & Furious titles don’t necessarily fit.

“We are paring our entire portfolio to be more focused,” Chou said.

One of the appealing things about massively multiplayer mobile games is that players often engage with each other. They form alliances and go to war with each other. They engage in company-created content such as tournaments, but much of the action is instigated by other players, Chou said.

“That’s the awesome part of massively multiplayer games,” Chou said. “We give them a framework, rules of engagement, weapons, and other things. They do the rest. It’s incredibly important to cultivate the player community long term.”

Kabam’s revenue was flat in 2015 as the company shifted to titles such as Marvel: Contest of Champions, which is scheduled to launch in the Chinese market. Kabam became much more profitable as the new strategy was more efficient, Chou said.

For instance, the company moved from 15 disparate technology stacks to proprietary stacks, no longer supporting multiple web platforms, and aligning the employee base. The company will also realize more efficiencies as it distributes titles in Asia.

Marvel: Contest of Champions is the most successful game in the new strategy, as it has surpassed 60 million players and has generated over $200 million in revenue since its launch in December 2014. It has been a top ten grossing game in the Apple App Store in 119 countries around the world.

Last year, Kabam invested $50 million in research and development for the next generation of games to launch in 2016 and beyond.

“I feel good about having a clear strategy,” Chou said. “This will define Kabam for the next several years.”