Kabam used to experiment a lot with all sorts of strategy games. But the mobile game company is announcing today that it will focus its 825 employees on a singular push to create games for the top-10 positions on the mobile app stores.

The signals a lot of internal change at San Francisco-based Kabam, including some unspecified layoffs in Kabam’s older businesses, as well as some expansion in other areas.

And it also portends an evolution in the mobile game market, which has been driven by “mobile-first” studios which were once independents. Now the growth could be captured by big game companies and the brand-oriented companies that are pouring resources in to the market, much like happened in consoles. Mobile games could grow to $30 billion this year and exceed the console business, according to market researcher Newzoo.

Kevin Chou, chief executive of Kabam, wrote a long blog post on the strategy shift today. He noted the company has had a history of restructuring to stay ahead of the market. It started on Facebook in 2009, but it shifted away from the social network after Facebook changed the rules on game makers. Kabam shifted to have more than half its revenues come from beyond Facebook by 2011.

It moved to mobile next and succeeded with Kingdoms of Camelot: Battle for the North, and scored a big success with the branded mobile game The Hobbit: Kingdoms of Middle-earth. Now the company has hired leaders from its console brethren, and it is organizing its studios to make “AAA mobile games,” or those that deliver high-end experiences and occupy the top 10 ranks.

As a result of its strategic maneuvering, Kabam is now one of the biggest mobile game companies with more than $400 million in annual revenues and enough financial firepower to shoot for the very top of the industry. 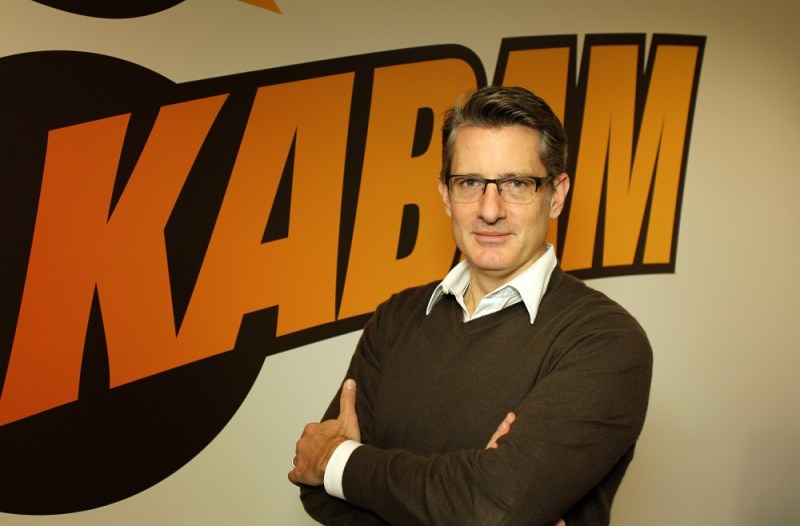 Above: Kent Wakeford, COO of Kabam

That means that the industry is consolidating around the top games, Wakeford said. And that’s where Kabam has to go, he said.

Kabam has raised lot of money to accomplish its goals from investors that include Alibaba, Google, Intel, MGM, and Warner Bros.

“We are in a market where the largest game franchise in the world is no longer on console but rather on a mobile device,” Chou wrote. “And the market is still growing at a blistering pace, where the winners of tomorrow will be much bigger.”

Markets for the size of the mobile game market vary widely. Chou cited market researcher IDG, which generated $17.5 billion in revenues in 2014 and will hit $27 billion in the next five years.

“Kabam is one of a handful of companies in the world in a position to capitalize on this global market opportunity,” Chou wrote.

I asked Wakeford if reorganization will mean layoffs. He noted there would be adjustments, but that the restructuring of the studios has been happening over a period of months. In any case, Kabam isn’t going to disclose much about layoffs in connection with this strategic shift, Wakeford said. But he did say that, after the changes, Kabam is 825 people now, and it has said it has been more than 850 in the past.

“This is a global refocusing of the company that began six months ago,” Wakeford said. “We are chasing after the big prize in the game industry.”

The result of the reorganization is that Kabam will focus more resources and talent on fewer games that it will launch on a global basis and manage as long-term franchises. Right now, about 60 percent of revenue comes from North America, and the rest from Europe. Chou said the company would now invest more heavily in Asia, where the company has a studio in Beijing.

“We are seeing another shift and it requires a pivot,” Wakeford said. “We will focus on AAA games. It’s an opportunity, as there’s a disproportionate market share for the No. 1 game.”

Above: The Hobbit: Kingdoms of Middle-earth

Chou noted that China is the world’s biggest games market with an installed base of 700 million mobile devices compared with North America’s 283 million devices.

“Already the same size as the U.S., China’s mobile gaming market grew at roughly 100 percent last year and continues on its searing pace with market saturation of mobile devices several years away,” Chou wrote. “Kabam is better poised to enter this lucrative market than any of our competitors due to our five years of successful operations in Beijing.”

He noted for the first time that Kabam has financial and strategic partnerships with three major Chinese companies. Alibaba was announced last year as it invested more than $120 million at a valuation in excess of $1 billion. The other two haven’t been disclosed, including one that participated in a secondary financing while the other came through its acquisition of TapZen in Los Angeles.

“Our restructuring beefs up our Studios leadership team, shores up the company’s Hollywood partnerships, readies distribution platforms in China, and trims areas of the business that are not core to developing AAA titles that match Kabam’s new Marvel Contest of Champions, Fast & Furious: Legacy and Spirit Lords in quality,” Chou wrote.

Chou said that the company has reduced its third-party publishing business and cancelled games in development that didn’t meet its new AAA quality goals. It also delayed the release of other games to make sure it has enough development time to make them shine. And it is reducing its investment in its older games, while maintaining them for the players who still enjoy them.

In 2015, Wakeford said that Kabam will publish just four games, compared to 12 last year. But he said revenues from the new games and existing games will boost revenue above 2014.

Earl, president of Kabam Studios, now leads a group with four divisions. Loeb, senior vice president, will lead the role-playing game studio in San Francisco and Vancouver. His studio is responsible for titles such as Marvel Contest of Champions and Fast & Furious: Legacy, original titles like Spirit Lords, and another major Hollywood franchise to be announced soon.

Kabam said its first installment in the Fast & Furious franchise was downloaded by customers more than 60 million times since it launched in 2013. The Marvel Contest of Champions game has been downloaded more than 31 million times.

Kabam also has a strategy game studio, headed by Verdu. Based in Los Angeles, this studio is responsible for This Means War! and another upcoming original strategy title. 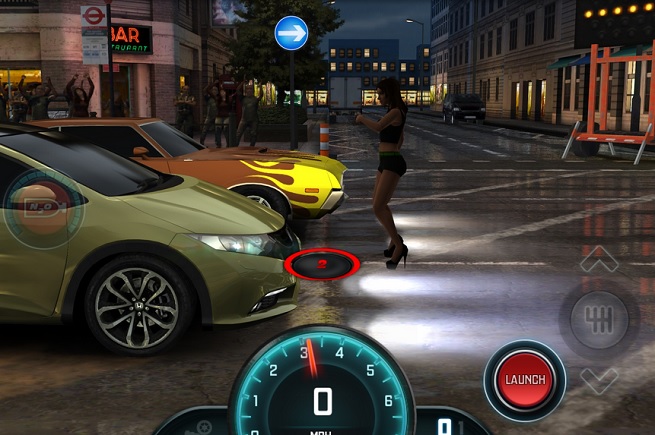 Above: Kabam has published Fast & Furious titles under a license.

The company will also expand in Asia, including the studio in Beijing headed by Kabam cofounder and senior vice president Mike Li. He has been running that studio since 2011, and now that studio will make games for both the Chinese and Western markets.

Lastly, Kabam will centralize its platform and operations group under senior vice president Paxton Cooper. That group will provide tech and business services for the other groups.

Chou said that Kabam will work more closely than ever with its Hollywood partners to bring entertainment properties to free-to-play gaming. Kabam is creating a second Marvel game, and last month it launched Fast & Furious: Legacy, a sequel to Fast & Furious 6: The Game. Kabam is introducing another Hollywood game sometime soon.

Chou acknowledged not everything is a success.

“It’s disappointing that some of our big bets from earlier years have proved unsustainable while others have come at an expense that we cannot recoup,” he said. “I especially dislike having to say goodbye to valued employees. No CEO wants to eliminate jobs. It’s the least desirable part of my job. In fact, I hate it.”

He added, “At the same time, I could not be more confident, and excited, about Kabam’s future direction. Every time Kabam adapts to market conditions, we emerge stronger and more competitive.”

Chou said that Kabam has been profitable since 2012 and it has more than $150 million in the bank.

I noted that Kabam will face tough competition from Supercell, King, and Machine Zone, which have been at the top of the charts for a long time.

“Once you are in the top five or top 10, you have a financial structural advantage that allows you to invest capital into areas that are higher than other companies could,” Wakeford said in response. But he noted that innovation will always lead to changes in the top ranks.