That’s a big milestone in the nearly $30 billion mobile gaming market, and it reflects San Francisco-based Kabam’s strategy of focusing on “triple-A” high-quality free-to-play mobile games. The Marvel game has more than 40 million downloads, and it has been a top-grossing game in 106 countries. Now, the company is planning to release it in China later this year, Chou said in a talk at ChinaJoy, the big game trade show that is expected to draw 250,000 people to Shanghai this week.

A year ago, Chou announced at ChinaJoy that the Chinese Internet company Alibaba had invested $120 million in Kabam.

“Boy, what a difference a single year can make,” Chou said.

Now the San Francisco-based company is preparing to launch Marvel: Contest of Champions in China. That’s heady stuff for Chou and his fellow Chinese-American cofounders, Holly Liu and Michael Li. They started Kabam in 2009 as a social gaming free-to-play company.

“We’ve seen many great companies fail in China because they did not hit the market appropriately,” Chou said.

Kabam is moving in with key partnership such as Alibaba, Marvel, and Longtu. Both Liu and Li have also taken leadership positions at the company’s division in Beijing, where Kabam now has 200 employees.

Chou said that an entrepreneurial CEO is responsible for three things: setting a compelling vision, making sure you have the right people to execute the vision, and making sure the company has enough money to do those tasks.

Besides moving into China, Kabam has cemented relationships with Hollywood movie studios such as Lionsgate, Warner Bros., Disney, and Universal. Kabam acquired the TapZen studio that Mike Verdu heads in Los Angeles, and it has made top games based on The Lord of the Rings, The Hobbit, Fast and Furious, and The Godfather franchises.

But Kabam is slowing down its releases of new games to put more effort behind each release. This year, Kabam is expecting only to release about four games, compared to 16 last year. Each one of the new games, which includes the first Star Wars title in the rebooted canon to take place after Return of the Jedi, will have high-end graphics, a cinematic look and feel, symphonic sound, and an emphasis on game play that keeps players coming back for years.

“I am so excited to bring Marvel: Contest of Champions to China,” Chou said. “I could not be more enthused.” 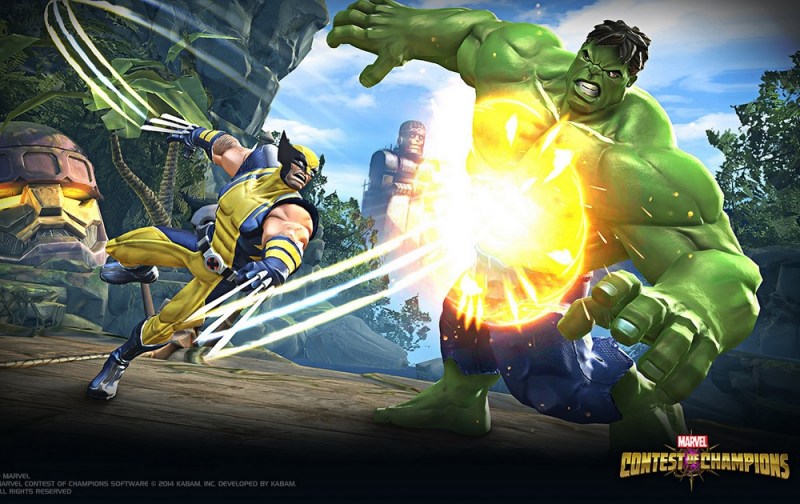