Kabam has received an unsolicited bid to sell its successful Vancouver mobile game studio, according to source familiar with the matter.

GamesBeat has learned that a bidder approached Kabam to buy only the Vancouver operation, which made the mobile publisher’s most successful game — Marvel Contest of Champions. It’s also working on Transformers in a partnership with Hasbro. The source asked for anonymity because of the highly confidential nature of the discussions. Another source independently confirmed that the Vancouver studio is in play.

In response to the bid, Kabam hired Bank of America Merrill Lynch as its investment bank to explore its options. Multiple bids have come in, even though the process for any sale is still in its early stages.

The amount of money bid is surprisingly high for a studio that has more than 100 game developers. But the Vancouver operation is Kabam’s the crown jewel, with seasoned developers who worked for years at places such as Electronic Arts and Activision. The Marvel game has generated more than $400 million in revenues for Kabam since it debuted in December 2014. 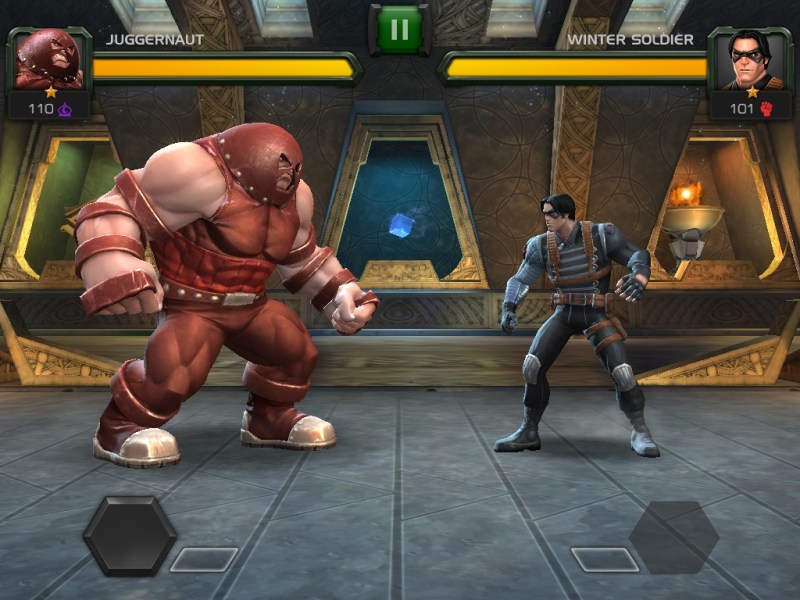 Vancouver’s Transformers game should to debut in 2017, and it will use a next-generation game technology which will make mobile game graphics look more like what consoles put out during the PlayStation 3’s and Xbox 360’s heyday. All of that could explain why the value of the deal could be so high. Other companies such as MZ, maker of Game of War: Fire Age, and Supercell, maker of Clash Royale, have become valuable based on the success of a handful of titles.

What San Francisco-based Kabam does with all that money from a Vancouver sale would be an interesting problem. Kabam has raised a lot of cash over the years, and the investors would likely want to cash out. But they can’t do that in the case of an asset sale. And Kabam would also like to use a lot of that money to finance its other studios, including those based in San Francisco, Los Angeles, Berlin, and Beijing.

While it might seem like Kabam is selling its sole revenue generating game, the company has developed a competence over the years as a creator of games based on Hollywood intellectual property that generate both free-to-play game revenues, high review scores from the critics, and a lot of enthusiasm from fans.

It’s not clear who the bidders are, but you can imagine that a lot of entertainment companies, game publishers, and Asian conglomerates might be interested. 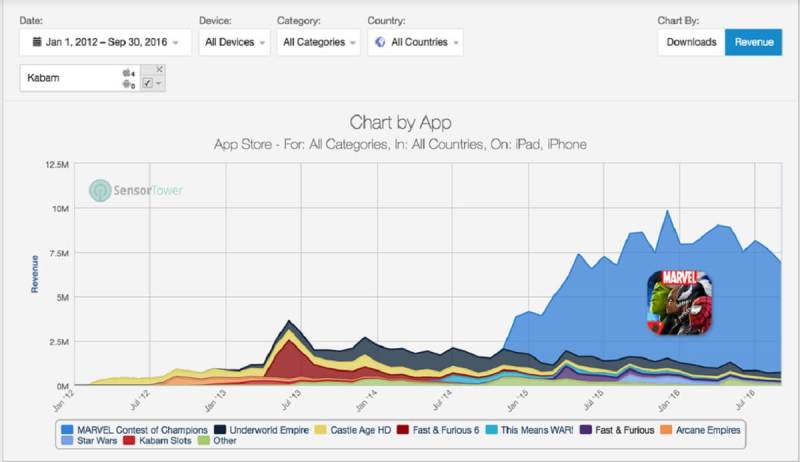 Above: Marvel Contest of Champions revenue, as measured by Sensor Tower.