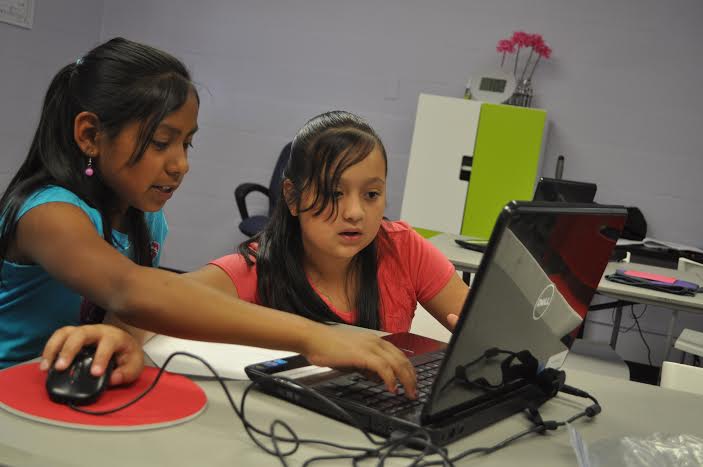 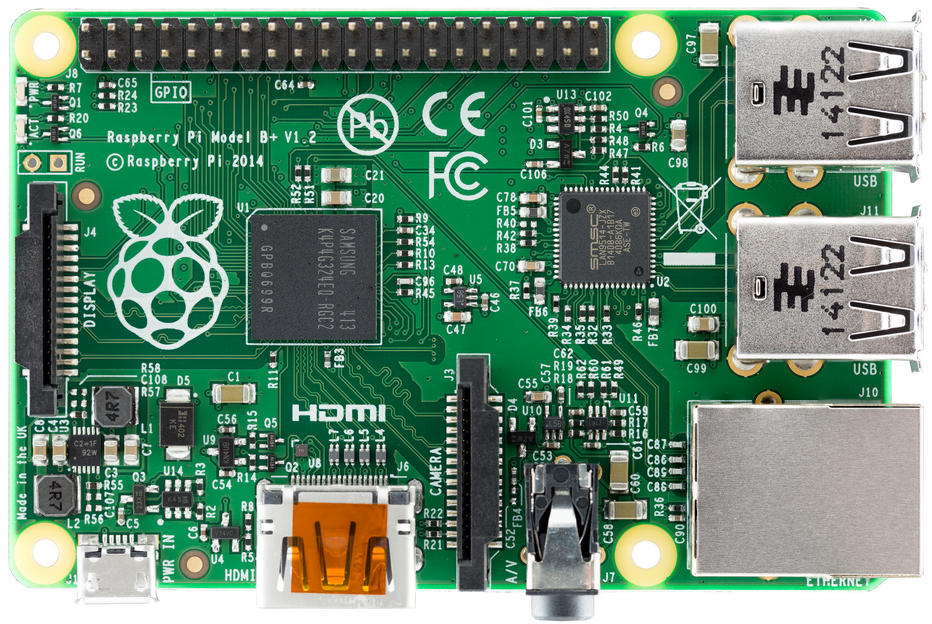 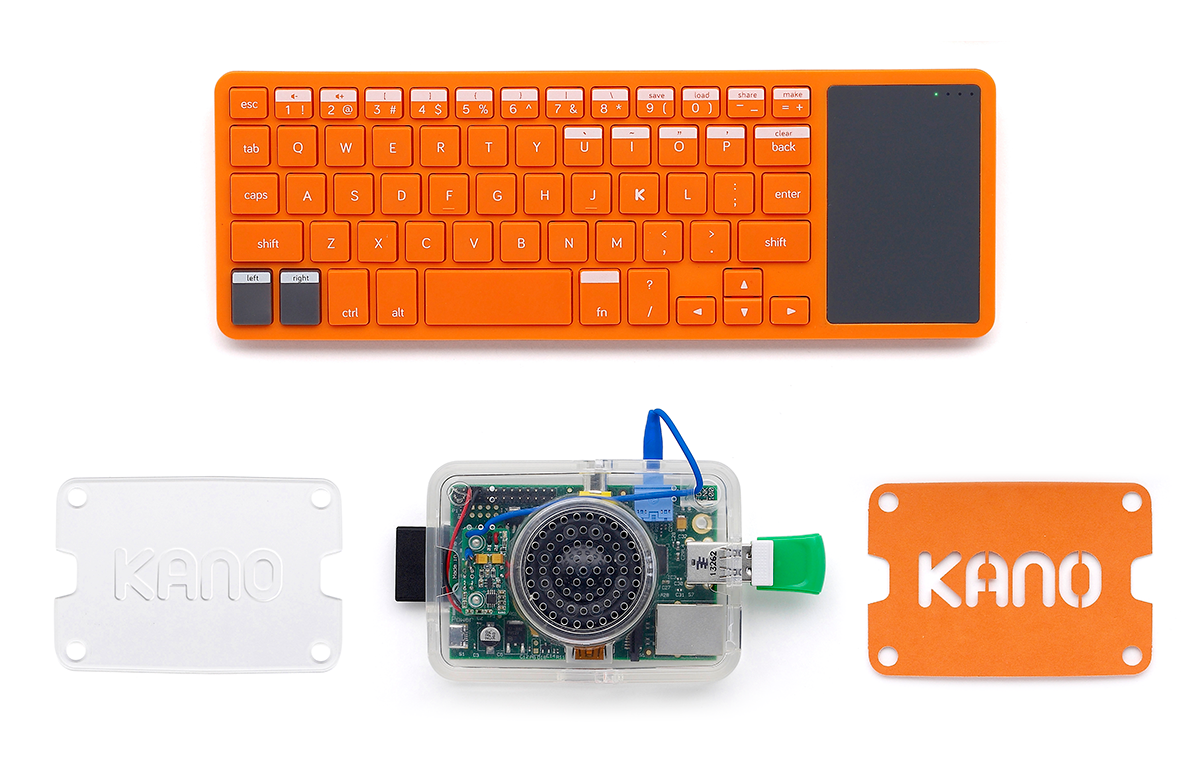 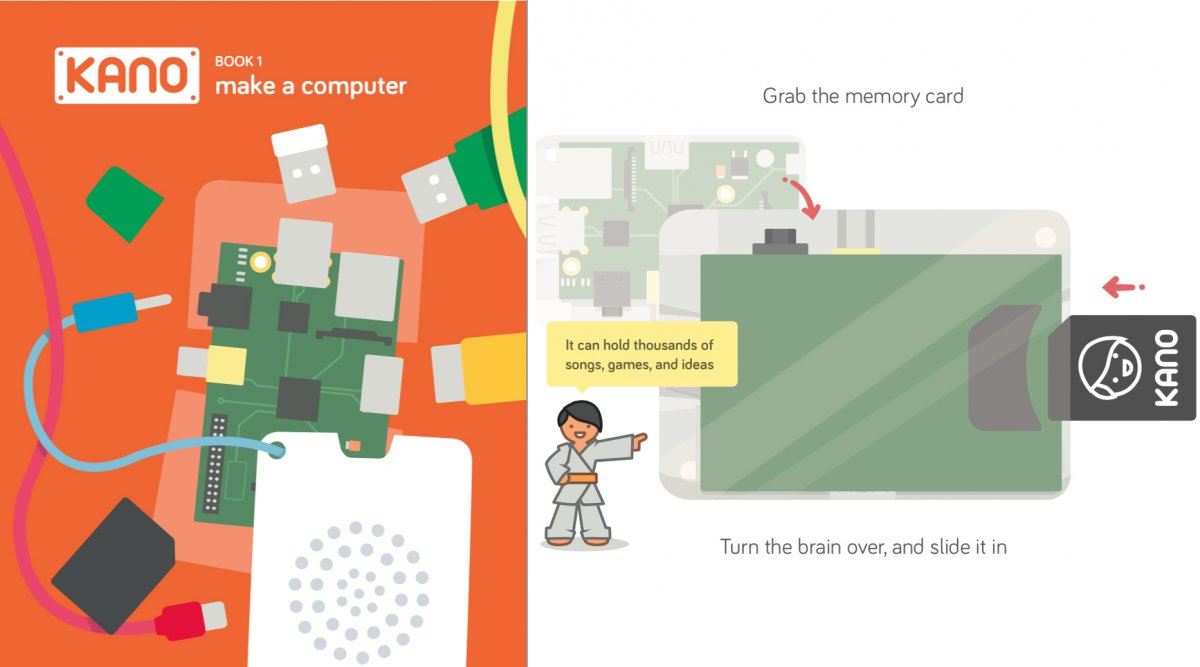 Above: Kano’s instructions lead kids through the process of building their own computer.

STEM education in the U.S.

The state of STEM education worldwide is a hot topic. In the United States, the Computer Science Education Act is looking to strengthen computer science opportunities across K-12 classrooms. But even if it passes through Congress, it’s unlikely to lead to a coherent nationwide curriculum for computer science, like the computing curriculum that became compulsory for all kids aged five and up in the U.K. this academic year.

For Klein, this isn’t necessarily a bad thing.

“It’s hard enough in a place like the U.K. to get teachers on board, to get them ready to deliver this curriculum,” he said. “In a place like the U.S., with a much greater diversity and variety of system, of curricula, it’s going to be incredibly tricky to create a one size fits all model for STEM education.

“I wouldn’t recommend it either.”

Instead, Klein says we need to ditch buzz words and clichéd terminology and concentrate on giving kids the tools and the time to explore technology.

“IPads are not going to save the classroom,” said Klein. “Learn to code apps are not going to save the classroom. The only thing that’s going to give this generation the ability to grapple with programming, grapple with computing, and to become an inventor in the future is if we stand out of the way a little bit. If we give them resources and time and flexibility and then let them create.”

For Klein, it’s vital that we see computational thinking and creativity as an integrated part of the entire school curriculum.

Klein created Kano knowing that it could help kids at home and in classrooms. What he wasn’t expecting was the diversity of the Kano community, which crosses age barriers and international borders.

“There are 16-year-old girls in Kosovo using it to roll a solar panel back and forth with the direction of the sun,” said Klein. “There are 45-year-old veterans of Operation Desert Storm who are now trying to learn to code after being in construction. We have Japanese aerospace engineers [using it] and Israeli artists who make 3D art.”

It’s because we’re all wanting to take more control of our increasingly tech-driven world, reckons Klein.

“I think there’s a latent hunger in all of us to look below the surface of these incredible screens that govern our lives and feel a sense of control. The iDevice era has definitely left a lot of us feeling estranged from technology — we have a bit of a love hate relationship.”

The Girlstart girls are getting a massive boost in this tech awareness, and it’s opening up options that might not otherwise be possible. 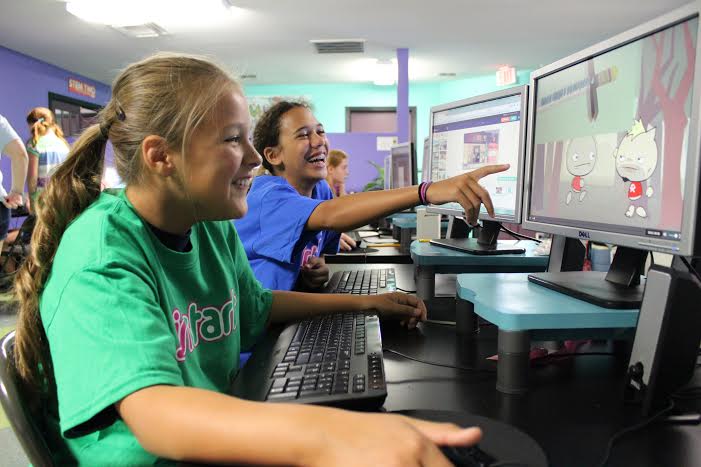 Above: Tamara Hudgins says Girlstart is a “magical” program.

Hudgins shares a story about bumping into a girl at a volleyball group in the local park. Hudgins and the girl were both wearing Girlstart T-Shirts, “so it was immediately clear that we were part of the same tribe.” The girl’s mom was sitting next to her and told Hudgins, “My daughter loves science because of Girlstart.”

It’s not an isolated incident, either. “It happens to me every week,” says Hudgins. “Someone will come up to me in the shops and say, ‘My daughter is in BioMed because of you.’ Unbelievable.”