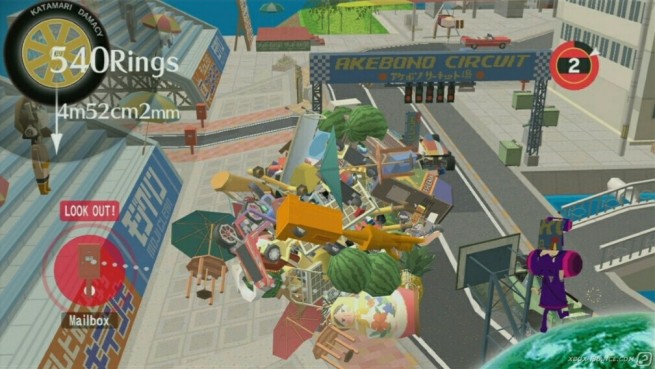 Publisher Namco Bandai announced today that its weird ball-rolling puzzle game, Katamari Damacy, will be part of a New York Museum of Modern Art (MoMA) installation. The 2004 PlayStation 2 release features a colorful world where the prince of the cosmos must collect trash in order to replenish the galaxy’s moons, planets, and stars. It was critically acclaimed at the time and has since seen a number of sequels.

“Namco Bandai Games’ Katamari Damacy has touched countless people, from children to adults, and is truly a modern video game classic,” said Carlson Choi, the vice president of marketing for Namco Bandai Games America, Inc. “The inclusion of Katamari Damacy in this groundbreaking exhibit is a testament to the creative designs embodied in Namco Bandai’s games and shows the importance of video games in peoples’ lives, in addition to being a validation of video games as a modern form of interactive art.”

Katamari Damacy will be included as part of the Century of the Child: Growing by Design exhibit. This is MoMA’s look at the 20th century preoccupation designers had with developing and designing specifically for children. In addition to examining video games, Century of the Child will take a closer look at other overlooked aspects of youth-focused design, including school architecture, playgrounds, and safety equipment.

Over the past few years, gamers and critics have debated the artistic merit of video games. If Roger Ebert proclaiming that interactive experiences like Katamari Damacy “cannot be art” is one end of the spectrum, then a curator placing a game in the MoMA — alongside works by Picasso and Jackson Pollock — should provide an excellent counterpoint in the defense of games.

Century of the Child: Growing by Design will be on display in the New York museum from July 29 through November 5.