Earlier this month, Kate Edwards joined the board of directors at Take This, a mental health advocacy group in the games industry. In some ways, it’s an extension of her previous work as Executive Director of the International Game Developers Association, where she advocated against crunch time and championed diversity.

Take This is a non-profit that focuses on raising awareness and providing education around mental illness. In addition to commissioning white papers and studies as well as organizing panels and presentations, it also provides “safe spaces” called AFK rooms at conferences or conventions where people can take a break when they feel overwhelmed. The AFK rooms are quiet places staffed by volunteers as well as clinicians to help with people who might be, as an example, experiencing anxiety from the crowds.

“I think that advocacy on mental health issues in the game industry is long overdue, which is why the existence of Take This is so critical,” said Edwards in an email. “It has made a foothold on this issue and brought a level of visibility and discourse that was largely ignored for decades, part of which is related to the broader societal conditions — particularly in Western countries — that stigmatize mental health as a weakness or something to avoid discussing openly.”

Edwards says that the IGDA Developer Satisfaction Survey in 2016 showed that around 1 out of 10 people in the industry self-reported some kind of mental health issue, and yet the issue is still not top of mind. As a part of the board of directors, Edwards will be working to help Take This expand its reach and also advocate for removing the stigma around discussing mental health.

In her previous role at IGDA, Edwards had collaborated with Take This on a white paper about crunch time called “Crunch Hurts.” Throughout her career, she has been a strong voice speaking out against the grueling hours that developers often have to endure.

I interviewed her about her long history tackling this issue, as well as others like diversity. In her experience, she’s witnessed two different types of crunch: bottom up and top down. Bottom up crunch is when developers feel like they’re in what she calls a “creative groove.”

“That’s where the developers are the ones who experience that, sometimes together as a group, and they say, let’s just do this,” said Edwards in an interview with GamesBeat. “Maybe they’ll work really hard for a week to get this feature done. That’s great. That should be encouraged when it happens, if you know it’s happening.”

Top down crunch, on the other hand, is damaging; it’s mandated periods of time where developers are working 12 hours and up and forced to produce creative output. Edwards says that it’s not only harmful to the developers’ health but also bad for productivity in general.

“You don’t get that kind of creativity out of people that way,” Edwards said. “You just tear them down.” 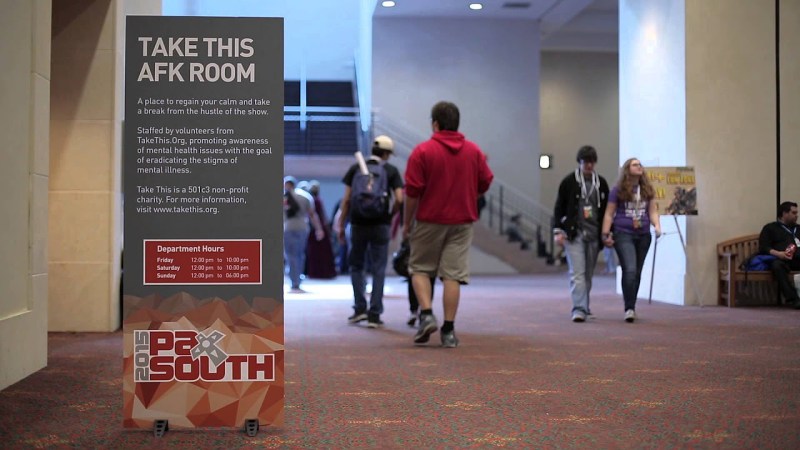 Often, Edwards says that she views things in the context of culture. Her background is in geography and geopolitics, and her experiences examining different cultures has given her a unique perspective on these kinds of issues. She often compares how various countries approach things like crunch time, and she also views the games industry itself as a meeting of different cultures.

“I admittedly look at a lot of things in our industry as different cultures competing for attention, whether it’s mobile versus console or indie versus triple-A,” Edwards said. “These are cultures. They’re cultures that compete. There are very common rules to how human cultures interact with each other. We’re no different. Yeah, we’re the game industry and we’re tech-based and all that, but we’re still human beings doing this work.”

There are a lot of things that the industry on a whole can agree on, but there are still other things that are up for debate. Edwards says that, for example, there are many different schools of thought on game design and what makes a “good” game. And, of course, diversity is a topic that’s at the forefront of not just the games industry but the tech industry overall.

“Obviously [Gamergate] elevated a lot of awareness about what a problem this is,” Edwards said. “If there’s anything good that came out of that episode, it’s the fact that we are having a conversation. It’s more overt and more common to have that conversation than before, which is great. But we have to be conscious about it.”

That’s a common refrain, that the industry has to be conscious of the issues it faces and how it addresses them, whether it’s crunch time, diversity, unconscious bias in hiring, or mental health issues. Edwards calls upon companies to commit themselves to making these changes, saying it’s a matter of will to exert effort. Addressing diversity isn’t necessarily an end unto itself either. Edwards says that companies that are actively inclusive have seen it yield success.

“Diversity is the numbers, the demographics in your company,” Edwards said. “Inclusion is what you do with that diversity. How do you employ that diversity to actually make your products better?”

Edwards says that it’s all about controlling the narrative and determining what the games industry stands for. It’s a huge economic force, worth $108.9 billion this year and projected to grow to $128.5 billion in 2020. But it’s also an enormous cultural force.

“We’re proud of what we do. We’re not going to slink in a corner and say, ‘Well, I’m just a game developer,'” said Edwards. “I’ve heard developers say that. I’m like, wake up. You’re not just anything. You’re serving in one of the most dynamic and interesting professions in modern history. You’re reshaping how people consume media, how they experience narrative, how they experience emotion.”