Kate Edwards carved out a role as a fearless advocate for game developers in the past four-and-a-half years. Now, she is resigning her role as executive director of the International Game Developers Association, the advocacy and networking group for the world’s game developers.

Edwards stood up for developers on issues including Gamergate, diversity, and unpaid “crunch” time. She was one of the most outspoken advocates on feminist and labor issues for game developers, and she was frequently criticized for taking strong stands.

In a message, Edwards told GamesBeat, “I felt it’s time for me to move on. When I first took the IGDA role, I told the board that this is likely a three- to five-year mission for me, and here I am nearly at five years. My top goals were to reinvigorate the IGDA’s relevance, reinstate the IGDA’s core mission as an advocacy org and voice for game developers (not companies), and to emphasize the ‘I’ part of the IGDA and strengthen our international presence.”

She added, “I feel I’ve accomplished all of those things, while enduring a lot of challenges (including weathering GamerGate), and now it’s time for someone with a different skill set to carry the IGDA forward.”

Edwards said the departure is amicable. In a statement, the IGDA said that Trent Oster, chair of the board of directors and CEO of Beamdog, will serve as the interim executive director until a suitable replacement is found.

“Kate has been an important industry leader for the IGDA in this role, doing heroic work as an advocate for developers of all backgrounds,” he said. “Her accomplishments have carried the IGDA through tough times and helped countless developers on their journeys,” says Oster. “We look forward to seeing what Kate accomplishes in what is certain to continue to be a bright career.”

During Edwards’ five years as executive director, the IGDA expanded its international reach, establishing chapters in Bangladesh, Egypt, Estonia, Georgia, Tunisia and numerous other locations. Edwards signed more than 300 peer advisory letters of recommendation for game developers trying to get work visas in the U.S. 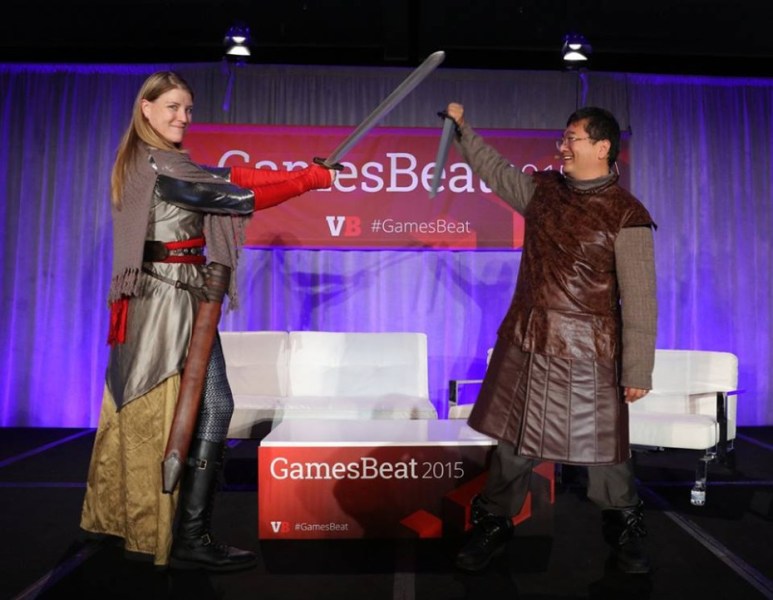 Above: Kate Edwards of the IGDA and Dean Takahashi of GamesBeat at GamesBeat 2015.

“I think it’s good for both the IGDA and for me,” she wrote. “For some it likely seems pretty sudden or abrupt, but the reality is that it’s something I’ve been mulling over for a while as this five-year timeframe started to come into view. The reality is that there’s never a perfect stopping point for a job like this, with so very many issues, activities, connections, and responsibilities in play. But now with GDC and E3 completed this year, it’s probably a better time than ever.”

She doesn’t have another job lined up yet.

“I’m entertaining a variety of options, from another leadership role, other forms of advocacy, and of course my core consulting expertise in content culturalization,” she said.

Edwards is trained as a geographer, and for 23 years, she has advised companies about how their content would fit different territories around the world.

I enjoyed having Edwards as a speaker at our GamesBeat events. She was brave enough to show up in cosplay, and it reflected her fearless spirit in leading the IGDA. 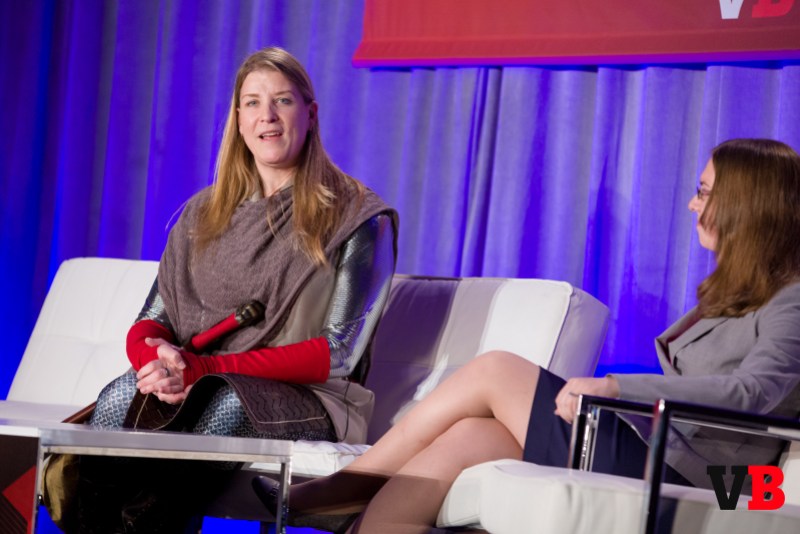