Kickstarter has been a huge funding source for smaller or independent games this year. But the fact remains that only 43 percent of projects on the crowdfunding site succeed. And after huge successes like Tim Schafer’s Double Fine Adventure project, which raised $3.3 million, donation fatigue may be kicking in.

To deal with that, the team at the Magic Pixel Games studio in Los Angeles has created KickAssist, a site that publicizes three low-visibility Kickstarter game projects every two weeks and gives them a headstart with a $500 donation. The site is meant to help indie game developers, so it targets projects that need to raise $100,000 or less. The first three choices for KickAssist are live on the website now. The whole idea is a clever way to bring attention to meaningful game projects amid a sea of folks seeking donations.

The KickAssist project isn’t a for-profit idea, though Magic Pixel will admittedly get some attention out of it, said Mark Tsai, the chief executive of the company. Rather, he said, the goal is to formalize and organize something that many members of the studio were doing already: making donations to their favorite Kickstarter projects.

“This is about encouraging the community,” said Tsai in an interview with GamesBeat. Holden Link, the producer of KickAssist, added, “We’ve been there ourselves. It’s nice for us to give back and [have] a way to combat” the public’s apathy. 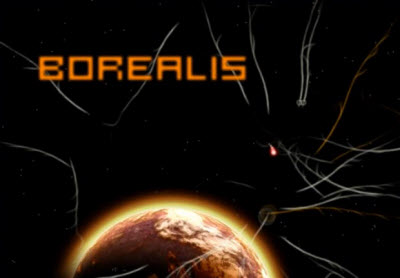 The projects include City of Iron (pictured at top), a nation-building board game that is under development at Red Raven Games. The campaign will fund the cost of printing the board game and production costs. Red Raven is trying to raise $30,000, with stretch goals above $120,000. Red Raven previously ran a successful Kickstarter campaign for Empires of the Void, which shipped to backers in May. 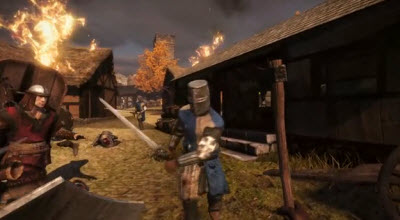 Another highlighted project highlighted is Borealis (pictured right), which is a game that puts a spin on the twin-stick shooter formula, where players cannot shoot but must guide missiles into each other to survive. The game is nearly complete, but developer Conrad Nelson is asking for just $560 to pay for the license costs of the software that he used to make it. Borealis is targeting placement on the Steam Greenlight service and Xbox Live Indie Games if it meets its stretch goals.

The last KickAssist project for this two-week period is Chivalry: Medieval Warfare (pictured left). The game is an online, multiplayer first-person slasher game under development at Torn Banner Studios. The developers come from a modding background, and this is their first release as an independent studio. They have worked on the game for two years and want to raise $50,000 to finish it for a release in November.

Link said that his team members circulate three or four interesting Kickstarter game links a day. Many of them are fascinating, and lots of members often want to play the games that are being proposed. By giving them funds and exposure on the website, KickAssist could help get the ball rolling for many projects that might otherwise die for lack of attention.

Since KickAssist is making donations, Magic Pixel Games doesn’t stand to profit here. But it wants to keep close ties with the indie community, said Tsai, and this is a good way to do it. The studio recently made Carnival Island for Sony’s Santa Monica Studio, which published the game on the PlayStation 3. Magic Pixel Games will choose the projects itself.