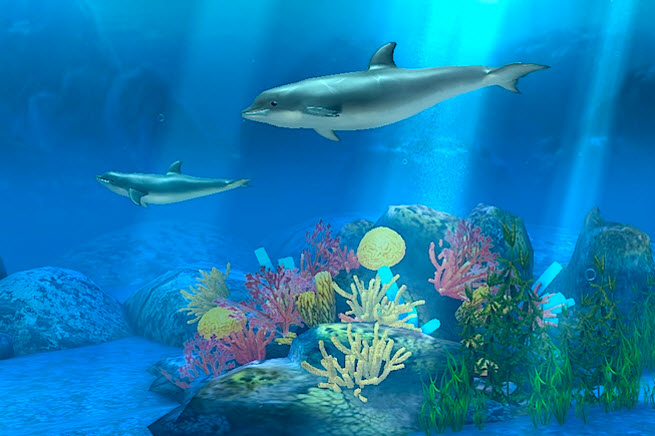 Ecco the Dolphin was a spectacularly innovative, nonviolent video game when it debuted on Sega’s game consoles starting in 1992. In that classic, a generation of gamers discovered the visual wonders of the ocean while playing as a jumping, spinning dolphin who battled sharks and sang to sea life. 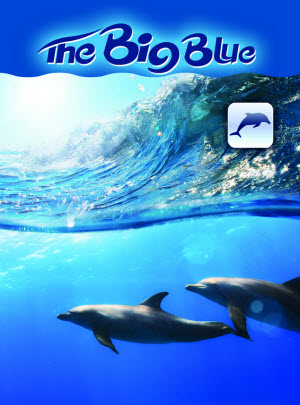 Now the creators of Ecco have launched a Kickstarter campaign to create a new game about life in the ocean after humans become extinct: The Big Blue. Ed Annunziata and Spencer Nilsen, the creators of Ecco the Dolphin, have pulled together a veteran team in a company called Playchemy to make the next-generation undersea adventure game. Their latest collaboration isn’t based on the Ecco property itself, but they consider it to be the “next evolutionary step in undersea adventure games,” Annunziata said in a video promoting the project. In other words, it’s a spiritual successor, without the Ecco name.

“We want to make something epic,” Annunziata said. “Something with smooth game controls, a deep back story, and emphasis on exploration and artificial life.” 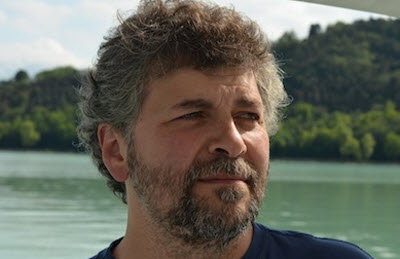 Above: Ed Annunziata and his cohorts have put The Big Blue on Kickstarter. It’s the so-called spiritual successor to Ecco the Dolphin, a beloved game from the days of the Sega Genesis.

The Burlingame, Calif.-based Playchemy wants to raise $665,000 in the next 30 days to fund the project. Annunziata has had talks with Sega about doing another Ecco the Dolphin game, but so far nothing has come from that. So his team is forging ahead on Kickstarter, where they hope to bring out another title that will help people appreciate games as an art form.

Ecco the Dolphin has become a classic with a big following, and it has been republished on downloadable platforms, bringing the title to new audiences. But we haven’t seen a big undersea exploration title with state-of-the-art visuals for a while.

Nilsen is composing new music and sound for the game that will tie into the larger story. The music will be dynamic and run continuously through the game. Composer Bear McCreary (Battlestar Galactica, The Walking Dead) is contributing to the soundtrack.

In The Big Blue, human life has become extinct. Dolphin, porpoise, and whale (cetacean) sounds become the only form of communication, and a kind of undersea Internet comes to life. Players will be able to “sing” new creatures to life and control how they evolve.

The Big Blue deals with themes such as climate change, mass extinction, evolution, and biogenesis. It suggests that the Earth itself is a living organism, à la the Gaia theory.

The player can create new life forms based on the information carried in “life songs.” The graphics feature special effects like volumetric water, surface deformation, sun rays, refraction, and reflection lighting. It meshes puzzle gameplay with science, nature, and science fiction. It is not about humans and it sports a lot of nonviolent story and emotion.

It will have hyper-realistic creature animation with flocking, swarming, and procedural animations. Creatures can evolve, and players can share their creatures via collectible cards and codes.

Annunziata still gets e-mail and fan letters more than two decades after the introduction of Ecco the Dolphin. (I played it with my oldest daughter and enjoyed it immensely). He worked at Sega from 1989 to 1997, and then he moved on to Nokia Games, AndNow, TwoFish, SmartyAnts, and now Playchemy, which was founded in October 2011 with angel-invester money. The company has 12 employees and seed funding from Rick Thompson’s Signia Ventures.

The challenge is to get people to “care” about a game that doesn’t include human interactions. It is also difficult to instill the right balance of “fun” in an expansive environment and gameplay style where it is easy to get lost or not clearly know how to proceed.

The Big Blue uses the Unity 3D game engine. It’s going to be for the PC, Mac, iOS, and Android. If it hits its stretch goals, the team will work on multiplayer cooperative gameplay and possibly add massively multiplayer online capability.

Annunziata and his team created Ecco the Dolphin and Ecco: Tides of Time as well as a number of other titles. Jon Berg, who created the “Hammerhead” alien in the original Star Wars (this iconic space race are now known as “Ithorians), is the creature designer for The Big Blue. He is creating creatures in an “unlimited canvas” to create sea life. Laszio Szenttornyai is a programmer from the original Ecco team.

“We hope that you’ll support us and we’ll see you in the ocean,” said Annunziata.