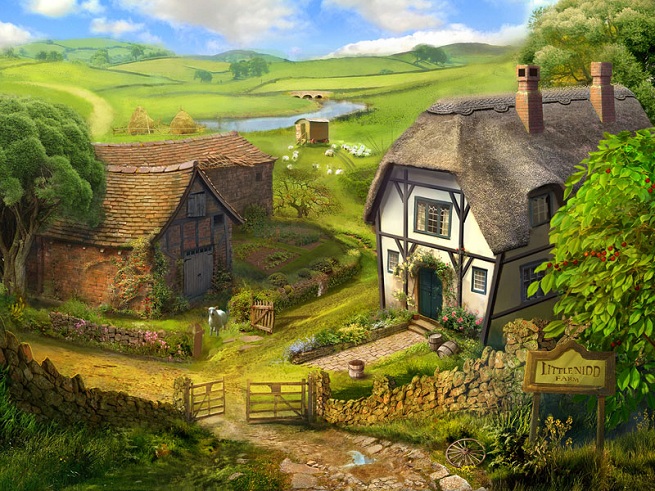 Kickstarter’s gone vogue. With a single, bold move by Double Fine’s Tim Schafer in early February, the crowdfunding web site propelled itself into the heart of the gaming community. Now, with the signing of the JOBS Act adding additional legitimacy, crowdfunding is poised to become an even bigger force in video games.

Crowdfunding games on Kickstarter lets ambitious, independent developers eschew publisher hurdles in favor of higher financial and creative control. More and more heads within the industry are turning — some of them quite notable, like Twisted Metal creator David Jaffe and Chris Avellone, the lead developer of the classic Planescape Torment — but plenty of amazing projects already eagerly await your perusal. We’ve gathered up some of the most noteworthy here; check them out below!

Campaign: Pinkerton Road Studios
Current status: $63,367 pledged of $300,000 goal
Jane Jensen, creator of the acclaimed Gabriel Knight adventure series, wants her idyllic farmstead in Lancaster County, Penn., turned into “a remote outpost of gamedom.” Along with husband and game producer Robert Holmes, Jensen hopes for a successful shakedown run of “Community Supported Gaming” – a term (coined by Jensen) aptly summarizing the Kickstarter craze – before embarking on three potential full-length adventure titles. “The casual game market is ready for meatier fare, and the hardcore audience is nostalgic for games like these,” Jensen said in a recent press release. 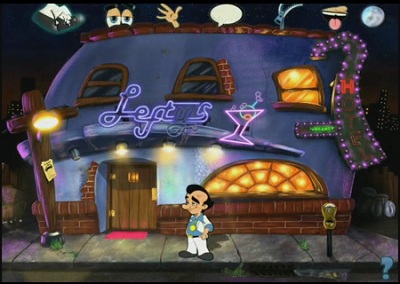 Campaign: Shadowrun Returns
Original game: Shadowrun
Current status: $504,331 pledged of $400,000 goal
As one of the most popular pen-and-paper role-playing games around, Shadowrun scores major geek cred for combining aspects of the cyberpunk, fantasy, and mystery genres. Only 28 hours transpired before the fundraiser hit its goal, and Shadowrun creator Jordan Weisman and mobile developer Harebrained Schemes (Crimson Steam Pirates) are forging ahead with a 2D turn-based title set in the Shadowrun universe. 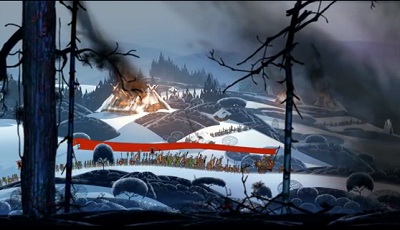 Campaign: The Banner Saga
Current status: $392,312 pledged of $100,000 goal
Composed by a trio of artists and designers whose latest accomplishment was the blockbuster massively multiplayer Star Wars: The Old Republic, The Banner Saga “throws you into the end of the world” and tests your mettle against gorgeously bearded men and lithe spearwives in a turn-based tactical RPG. Developer Stoic’s art direction strikes a richly colored motif inspired by Viking and medieval fantasy themes. Best of all? Both the PC and Mac versions of the game will release sans troublesome digital rights management systems.

Campaign: Takedown
Current status: $221,833 pledged of $200,000 goal
Sure, modern military shooters pepper the industry like spent bullet casings, but Takedown’s burgeoning presence promises something a little different. Hailed as a spiritual successor to staple tactical shooter franchises such as Rainbow Six and SWAT, Takedown emphasizes careful planning and execution versus run-and-gun. The game’s setting places a team of private military contractors – that’s “mercenaries” for the rest of us – under your control taking on hostage rescues, target eliminations, and stealthy search-and-destroy missions. 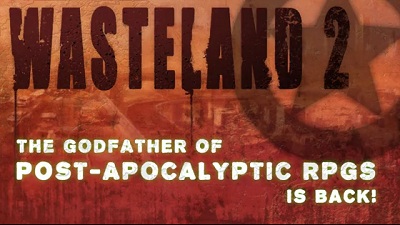 Campaign: Wasteland 2
Original game: Wasteland
Current status: $2 million pledged of $900,000 goal
Designer Brian Fargo’s track record reads like a sermon from the RPG gamer’s bible. His company, Interplay, gave gamers such revered series as The Bard’s Tale, Descent, Baldur’s Gate, Fallout, and Wasteland. The latter – a post-nuclear-apocalypse survival title that served as the framework for Fallout – is receiving a well-deserved sequel after reaching its target funding amount in just two days. Now with inXile Entertainment (Hunted: The Demon’s Forge), Fargo promises a game “worthy to be a Wasteland sequel, as challenging and rewarding as the original, with all added capacity and dazzle of games today.”

Campaign: Double Fine Adventure
Current status: $3.3 million pledged of $400,000 goal
The one that started it all shattered previous Kickstarter milestones, narrowly missing becoming the first project in the website’s history to hit $1 million in pledges by just 24 hours (ElevationLab’s iPhone dock got there first). Still, reaching a staggering 834 percent donation rate probably caused at least a few gleeful grins at the end-of-week meeting. What’s next for Double Fine? After prophesying that lightning certainly strikes twice — or thrice, or even seven times — Schafer and pals will spend the next six to eight months fashioning a new point-and-click adventure game for mobile devices, PC, and Mac.

What do you think of the surging popularity of crowdfunded games and the meteoric rise of Kickstarter as a bastion of retro revivals? Leave your comments below.