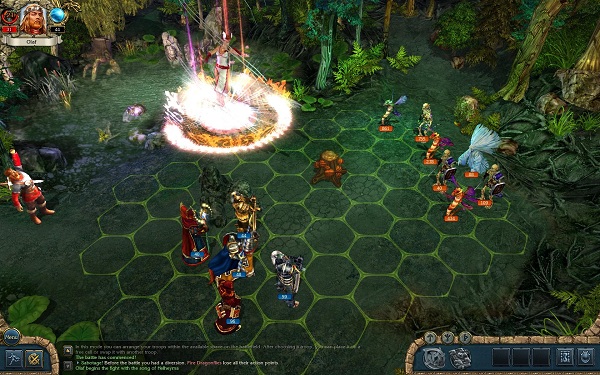 I’ve always hated Vikings. This may go back to my love of the San Francisco 49ers and the Vikings defeat Hall of Fame quarterback Joe Montana and co. in three straight seasons (including the 1987 NFC playoffs). Or it could my intense dislike of Thor (DC Comics for life!). More likely, it’s because Vikings aren’t all that original when it comes to works of fantasy.

King’s Bounty: Warriors of the North is the second full expansion for the 2008 strategy-role-playing game King’s Bounty: The Legend for the PC (and Mac, though this isn’t out for Apple’s platform yet). Four years is a long time to continue adding to one game. King’s Bounty has introduced new lands, new challenges, and new factions through all of its updates. Warriors of the North’s big addition is the Viking faction, something I wasn’t all that enthusiastic about going into my first playthrough. Does is this new army build upon the fun, addicting, tactical gameplay of the previous games? Or has developer Katauri Interactive spent too long working on essentially the same thing? 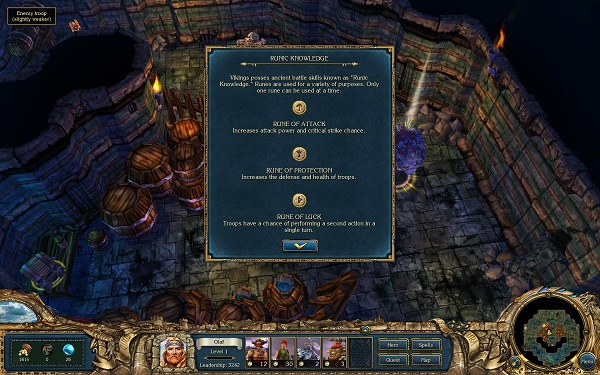 The Rune system
The Viking faction brings a significant modification to King’s Bounty turn-based combat: Runes. Each Viking unit has a limited number of Runes it can use in combat — either to boost offense (such as improving your chance of a critical hit), defense, or luck (giving the unit a small chance of taking a second action during a single round). Units from other factions may use them, too. This gives your traditional King’s Bounty tactics a tweak (you must implement Runes each turn), but it’s your abilities and spells that really make these a special addition. An entire new Spell tree, Runic Magic, specializes in using Runes. These spells gather them, distribute to allies, chain Runes (setting up another spell that takes these chained Runes and deals out damage), or use them to power their magic.

What’s fantastic about the Runes and Runic Magic is that, in each round of each combat, you face a decision: How do I use these, and do I want to use them in conjunction with magic? This adds an additional layer to the tactical options you face in battle, and after a couple of expansions, it’s always nice to see a developer give the player new choices.

More loot
Gold has always been at a premium in King’s Bounty, especially when you’re a low-level character. Warriors of the North takes care of this, giving you enough gold that you can still buy new warriors to replace fallen units even on the higher difficulties. And like previous expansions, this one brings a slew of new items as well (and this time, you can actually afford to purchase a number of them early on). Some items have Viking themes (like the Soothsayer staff or an icy spear). Others fit King’s Bounty’s existing factions.

New companions: The Valkyries
Each King’s Bounty has brought about a new set of companions from you. In Warriors of the North, you hang out with the mighty otherworldly warriors of Norse legend, the Valkyries. As you explore Warriors of the North’s world, you find more Valkyries. You may only benefit from one at a time (each of the five gives you a specific benefit, such as increasing your Leadership, thus boosting the size of your armies). You can increase the warrior maidens’ abilities by giving “donating” items to them. Each accepts a specific class of item, like weapons, armors, or artifacts. You may also deconstruct items cluttering your inventory for magic crystals, which allow you to add more spells to your spellbook. Here’s another example of Katauri asking the players how they want to approach combat: This time, it’s about managing your resources and what you’re willing to sacrifice in order to gain an advantage.

The Skald class
Players may take three roles in Warriors of the North: The Viking (fighter), the Soothsayer (mage), and the Skald, who assumes the middle path that the paladin had in previous King’s Bountys. But the Skald is more than just a mix of melee and magic. Before each battle, the Skald can “sing” one of a series of buffs that boost your units’ capabilities — or debuff your foes. This gives you yet another option when deciding how you’re going to take on your foes.

Surprise and delight
Warriors of the North provides a few surprises that I’d prefer to leave unmentioned for now. But several times, I found myself smiling when I reached a new area and realized where I was or what I was about to do. 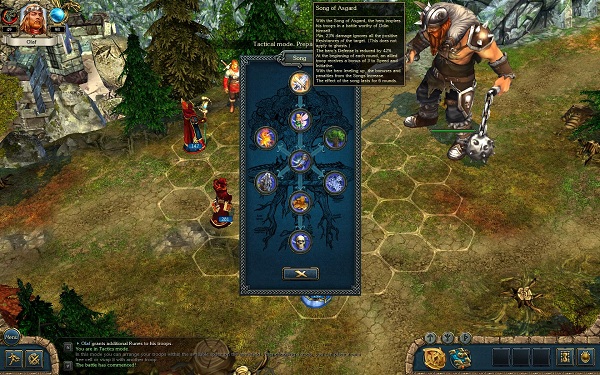 Vikings are boring
As a faction, the Vikings aren’t the most interesting lot. The Vikings (yes, one unit bears this name!) and Berserkers don’t feel all that different from the Berserkers and Barbarians of previous King’s Bounty games (sure, they look different but have similar abilities and cannon-fodder roles). The archer units are likewise uninspiring; the Soothsayer is the Viking mage, and he fills the role of both magic cannon and healer (though he does neither well). The Warrior Maiden combines the roles of archer, warrior, and healer, and while it does fight well, in my playthrough, these valuable units were in short supply. These are all missing the charm of King’s Bounty; the faction takes itself far too seriously (well, save for the quest about the arguing drinking buddies).

The only Viking unit that has any character to it is the Skald. Like the warrior bards of Norse lore, King Bounty’s Skalds focus on their musical abilities. One ability gives each of your units a random spell buff, and the other debuffs the enemy (including inflicting such powerful spells such as Pygmy, which shrinks your foe and reduces its damage by 40 percent). The Skald is the only must-have Viking unit, but since you only get a morale boost when your army consists of units of the same faction, I found myself using other Norsemen as well.

The other thing the Vikings have going against them is Warriors of the North’s first act, which has you using this faction almost exclusively (Neutrals exist, but they aren’t as plentiful as Vikings). This always can lead players to grow bored with it.

Is this King’s Bounty or Twilight?
The Undead are the big bad of Warriors of the North, but fight after fight against these shambling corpses grows tiresome. The Undead have always been one of the shadier factions in King’s Bounty, but making them the main villain faction in Warriors of the North doesn’t result in an epic conclusion. Because you don’t end up fighting much against other factions, you spend too many of your battles against the Undead, and consequently, you find yourself falling into similar patterns as you plot out your strategy because you’re facing the same foe again and again and again. 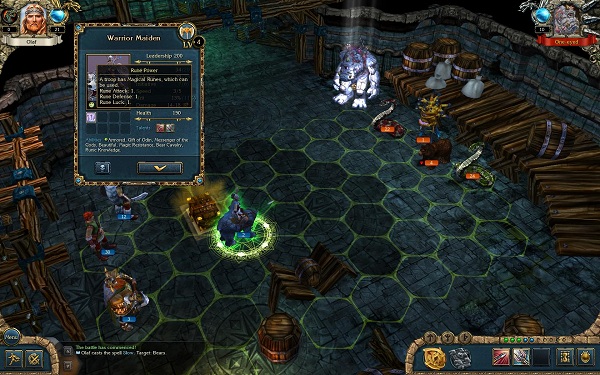 Warriors of the North gives franchise fans something they love: more King’s Bounty. I’m a fan of more King’s Bounty, yet the magic is missing with this latest expansion. The Viking faction isn’t as fun to play as other groups. The tweaks to combat, though, give players more tactical options, something any player of a strategy-RPG can appreciate. And this makes it incredibly hard to hold something like a faction’s aesthetic against it. But the Vikings just aren’t interesting, and for the first time, a King’s Bounty expansion doesn’t measure up to the charm of the 2008 game.

But if Katauri is wise, the developer will kick the current King’s Bounty code out and begin development on King’s Bounty II. It’s time.

King’s Bounty: Warriors of the North released Oct. 26 for the PC. The publisher provided GamesBeat with a Steam digital download code for the purposes of this review.