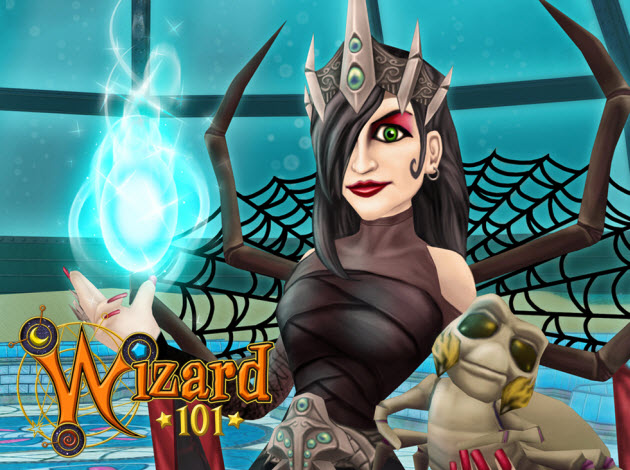 Online game companies have to be crafty about getting new users while hanging on to the ones they already have. So KingsIsle Entertainment is launching a new world today as part of an expansion aimed at hanging on to the fans who have participated in its previous Wizard 101 online virtual fantasy world. The company is also launching a $39 gift card on Nov. 1 that will be available in GameStop stores and can be used to purchase cool virtual items in the game. 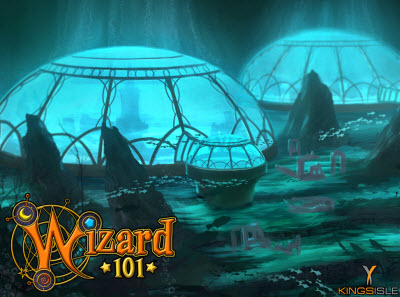 KingsIsle’s Wizard 101 is family entertainment. The game itself is a wizarding school much like Hogwart’s, the Harry Potter school for Wizards, without the Harry Potter branding. In August, the online world had more than 6 million unique visistors, making it one of the most successful Western massively multiplayer online games. It is available either for a subscription fee of $9.95 a month or as a free-to-play game, where you play for free and buy virtual goods as you go. The new world the company is launching today is Celestia, a kingdom of underwater cities, lost artifacts and ancient riddles.

Fred Howard, vice president of marketing at KingsIsle, said that expansions such as this one are necessary to keep competitive with rivals such as World of Warcraft or Free Realms. It’s part of a never-ending war to keep fickle users engaged. KingsIsle has done better than most new free-to-play online games. In June, the company said it had 10 million registered users and it hasn’t updated that number lately. The web site ranks No. 242 among the largest sites in the U.S. and No. 5 in terms of the fastest-growing on that list. On Compete.com, Wizard 101 has significantly more users than Sony’s Free Realms. Other free-to-play MMOs include Lord of the Rings Online and Dungeons & Dragons Online.

The game is targeted at users ages 8 to 14, but it includes a lot of inside jokes that only adults will get. In that way, it encourages parents to play the game with their children. The company got a big tick up in users when it introduced virtual pets.

In some ways, the big numbers for Wizard 101 are a surprise, since you have to download the game before you can play it. Many other simpler games with simpler graphics are available to play within a web browser, so you can start to play without downloading anything at all.

The new Celestia world is the largest expansion for Wizard 101 to date. It adds three new schools of magic and raises the overall number of levels a user can achieve. It also kicks off a brand new story compared to the six previous worlds. There’s a new evil character, and you have to set the world right. The content — more than 300 hours’ worth — is much deeper than you would get in a Facebook role-playing game, and that is intentional. 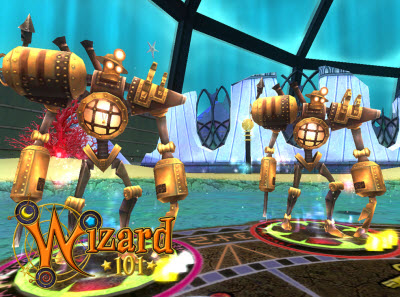 Todd Coleman, co-creator of Wizard 101, thinks that the Facebook crowd will move on to more sophisticated yet casual games like Wizard 101 once they get bored with the likes of FarmVille, which has 57 million monthly active users on Facebook. But that kind of breakthrough success hasn’t come just yet.

The gift cards are important because they allow kids who don’t have credit cards to buy stuff in the game. They can get the cards at physical stores, then enter the codes for the cards on the computer in order to unlock what they’ve purchased in the game.

The new “double wide” game card takes up two slots on a store shelf and will sell for $39. The items you get with the card, including a Fantasy Palace Castle where you character can live, would cost $100 if you bought them all separately.

KingsIsle is based in Plano, Texas, has more than 120 employees, and was founded in 2005. The company has never raised money, since it was funded by Elie Akilian, who got rich when he founded Inet Technologies and then sold it to Tektronix in 2004 for $500 million.