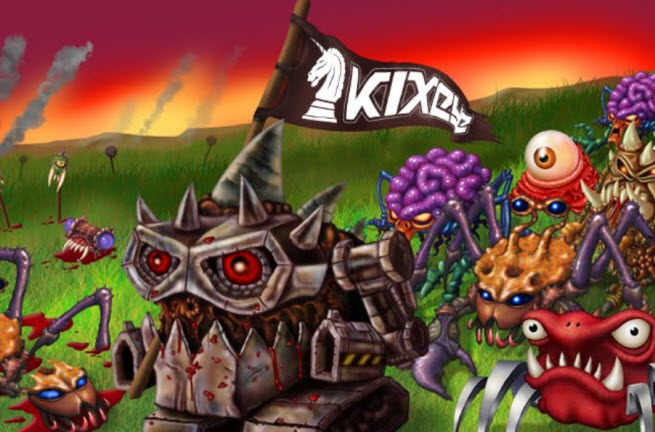 Kixeye has been one of a handful of large game developers that has been so successful on Facebook that it has never expanded beyond the social network. But the San Francisco company announced today that it will partner with Ngmoco to publish Backyard Monsters on mobile devices. The company is also expanding its game development to a new studio in Australia.

The moves show that Kixeye is becoming big enough to consider ways to expand to new markets without losing focus on what it does best: making hardcore games for Facebook fans. Brandon Barber, senior vice president of marketing at Kixeye, said in an interview with GamesBeat that partnership with Ngmoco is an experiment in moving to mobile.

“It is not like a major diversification because we are 99 percent focused on Facebook,” Barber said.”Mobile is not a core focus for us. But in conversations with Ngmoco, we found they had ideas on how to make Backyard Monsters fun on mobile while remaining true to the Facebook version.” He added, “We think our games can monetize anywhere.”

Kixeye’s chief executive, Will Harbin, has also said that the company’s priority is to focus on making high-end, high-quality games on the social network. He thinks other companies are fleeing to new platforms because they have failed on Facebook.

But Kixeye, which focuses on online combat strategy games, is growing big enough to cover its bets. Soon it will launch Kixeye.com to reach users who don’t want to play on Facebook. The company has nearly 200 employees in San Francisco and will add 10 more at its studio in Brisbane, Australia.

The new team comes from 3 Blokes, a development studio that worked on games such as Rome: Total War in the past. George Fidler, previously head of the Creative Assembly game studio in Australia, will be the general manager of the studio. The new team is now in production on a game and will add more people over time.

“The talent pool in Australia is exploding, and the 3 Blokes team is evidence of that,” said Harbin. “George and his team are highly driven and passionate game developers who aren’t afraid to push the limits of creativity and innovation. Those are the types of individuals we’re looking for to join our mission at Kixeye.”

With Ngmoco, Kixeye will publish its Backyard Monsters title on the worldwide Mobage platform, which is a social network for mobile gamers. The move is Kixeye’s first expansion into mobile games and will launch this summer on iOS and Android.

Backyard Monsters has had more than 20 million game installs to date, and players have played it for more than 175 million hours. In the game, players build and manage little empires. They harvest resources, place defensive towers, and fend off attacks from wild monsters.

Kixeye was founded in 2007. The company has been profitable for two years. It grew revenues 11x in 2010 and will do nine figures in revenue in 2012. On Facebook, Kixeye has 4.5 million monthly active users for Backyard Monsters, War Commander, Battle Pirates, and Desktop Defender. That’s small compared to Zynga, which has 247 million monthly active users. But Kixeye’s users are loyal, with a quarter of them coming back every day. And those loyal users tend to spend a lot of money in games.

Kixeye plans to grow to 300 employees in the next year and will relocate to a new headquarters in San Francisco in the next month. Barber said Kixeye has a number of new games coming this year. 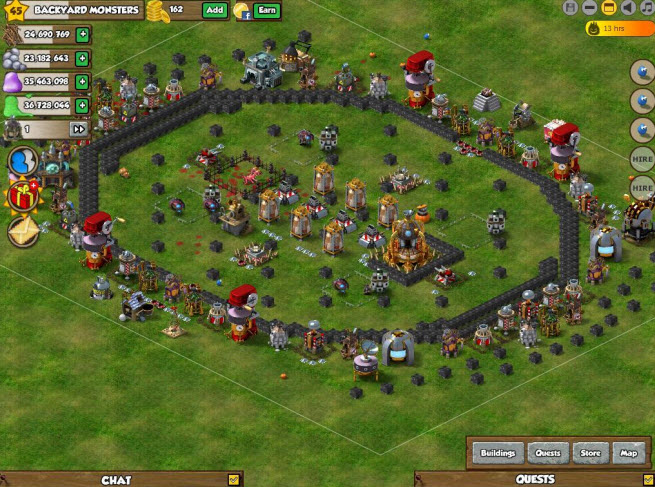