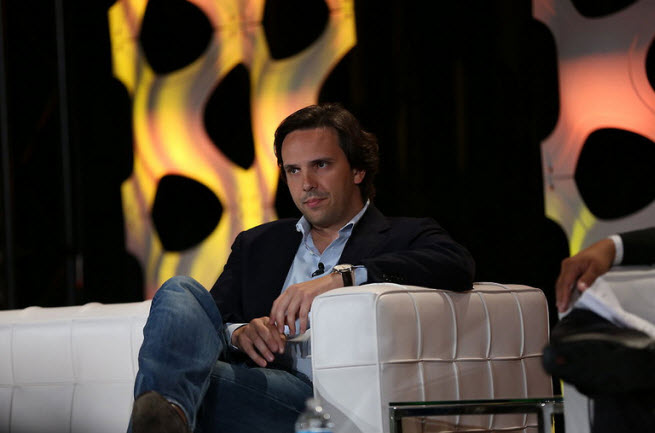 Will Harbin is one of the pirates of Silicon Valley. He’s the chief executive of Kixeye, which only has around 4.8 million monthly active users on Facebook. But it’s one of the most profitable game companies on the social network because it makes free-to-play hardcore games that monetize exceedingly well. But Kixeye isn’t marrying itself to the giant social network. The publisher is expanding from Facebook to its own website, and it’s moving into mobile, too.

The web-based games use new middleware such as Adobe’s Flash 11.4, which means the games can use a computer’s 3D graphics hardware. Playing console-quality 3D games on a browser with a free-to-play business model represents a very real threat to the traditional publishers, Harbin says.

I interviewed Harbin in a fireside chat at our GamesBeat 2012 conference. He was quite disappointed there wasn’t actually a hearth with burning logs. Here’s an edited transcript of our conversation.

GamesBeat: Tell us about some of your background, how you started Kixeye.

Will Harbin: Prior to Kixeye, I had absolutely no special experience in games. But I was a longtime passionate gamer. I started gaming when I was 7 years old. I started programming at a very early age, and I found shortly after college that the gaming industry was something very difficult to break into. So I ended up pursuing other ventures. And then three years ago, I had the opportunity to team up with Dave [Scott] and Paul [Preece] and restart a company, at the time, called Casual Collective. That became Kixeye. They had done the original Desktop Tower Defense game. 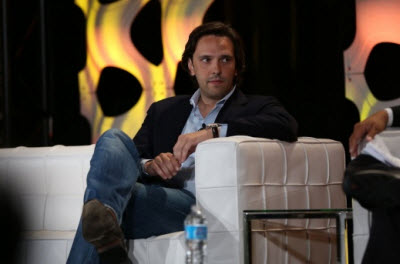 GamesBeat:  How did you proceed there? What led you to Facebook?

Harbin: At the time we had $300,000 in the bank. There weren’t a lot of options for publishing games in a major way. Facebook was a cheap way to publish these lightweight Flash games. Time and advertising was cheap, and the viral channels were relatively unregulated, so you could have a reasonable stream of traffic. The first six months of the company, after we launched Desktop Defender and the early version of Backyard Monsters, it was all free traffic. And that’s what got us started.

GamesBeat: And these games are different. They’re appeal to a different kind of person, more of a hardcore audience?

Harbin: Yes. Initially, when we started Kixeye, we took a look at the landscape and realized that, hey, Zynga has certainly proven that you can monetize North America and Western hemisphere users with virtual goods. But what I found was that there weren’t many games that would appeal to someone like me, who used to play games like Command and Conquer and Quake and whatever, real-time strategy, first-person shooter games and that sort. Nothing like that existed. We wanted to do something that would appeal to us as users, rather than the 45-year-old soccer mom.

GamesBeat: So fast-forward to now. Tell us where you are. You’re also making a lot of money.

Harbin: Yep. We have three active games on Facebook: Battle Pirates, War Commander, and Backyard Monsters, which is 2.5 years old. We’ve grown from three people in the last 2.5 years to about 250. We’ve been profitable for the last two years. All with just raising, I’d say, a relatively modest sum of around $22 million from investors, relative to some of our other competitors. We are hiring maybe 15 or 20 people a month, and we have maybe four new games in the works.

GamesBeat: And one of the most profitable game companies on Facebook, right?

Harbin: As far as I know.

GamesBeat: Kabam had a similar focus on hardcore gamers as well. Did you expand in a different way from what they did?

Harbin: I never worked at Kabam, so I’m not sure how their decisions were made. But I think what separates us from our competitors is our passion. We’re in the business making games for ourselves. We made Backyard Monsters, War Commander, and Battle Pirates out of the desire to create a 24/7 persistent massively multiplayer online real-time strategy game. That didn’t exist anywhere, not just on a browser or on Facebook. These are games that we’re making that I think are disruptive in terms of not just platform but also just the genre in general. 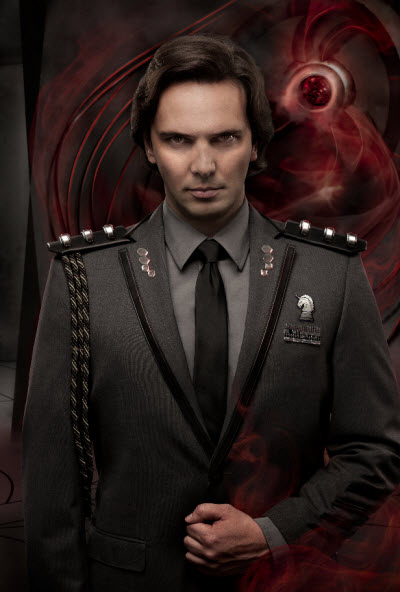 GamesBeat: I think I recall Kabam hit as high as 12 million monthly active users, but then it shot back down again and expanded into some very different kinds of platforms. They’re doing mobile and other kinds of social networks now. But you guys have held steady on your number of users and grown, and you’ve stayed focused on Facebook.

Harbin: There’s been some ebbs and flows in the number of users on Facebook. One was about a year ago, I don’t know if you recall, when we changed the way we reported monthly active and daily active users. But also, a lot of that has come from experimenting with the market in general. At the end of the day, the segment of users that we care about and the ones that engage the most with the games, that has grown significantly. Which is why we’re encouraged to make more games.

GamesBeat: So part of the math is you can make a lot of money off of a few million users because they’re buying more. Or a larger percentage of them are buying compared to a typical casual game, where 2 percent of the base is buying something.

Harbin: Yeah, absolutely. I’d say roughly 7 to 10 percent of our audience ends up spending money on the game. You take a look at a traditional aggregate of your daily active users for a casual game, we monetize up to 20 or sometimes 40 times better.

GamesBeat: Now that you have this base and this machine rolling here, where do you want to go next? And let’s get to our title, consoles versus browsers.

Harbin: We have four games, and it’s about reaching more users with more games and providing new experiences. We have a platform launching by the end of August, hopefully. Some time in the near future. This isn’t a means for us to leave Facebook, but we’ve definitely discovered that there’s a large segment of users that just refuse to play any kind of game on Facebook. They refuse to recognize that there are games worth their while on Facebook. The waters on Facebook have been tainted a bit for our audience. We will still continue to operate on Facebook, purchase traffic and release our games on Facebook, but we’re not expanding that way.