Kixeye has raised $20 million in funding to apply machine learning to the marketing, monetization, and retention for its mobile games. San Francisco-based Kixeye made its name on Facebook and mobile with games like Backyard Monsters, War Commander, and Battle Pirates. Now it is working on mobile games, and it is building an in-house machine-learning platform that optimizes marketing, monetization, and retention.

This combines the hot category of artificial intelligence with mobile games, which hit $50 billion in 2017, according to market researcher Newzoo.

“I’ve seen many companies make the mistake of over-raising capital and crippling their operating agility. We’ve built a successful business with only $22 million in funding six years ago versus others in our tier who have raised hundreds of millions of dollars,” said Will Harbin, CEO of Kixeye, in a statement. “That said, this is another strategically targeted capital injection that will guide the next phase of growth for us.”

Founded in 2009, Kixeye has survived numerous platform shifts over the last several years. It launched War Commander: Rogue Assault on mobile devices at the end of 2016 after three years of development. 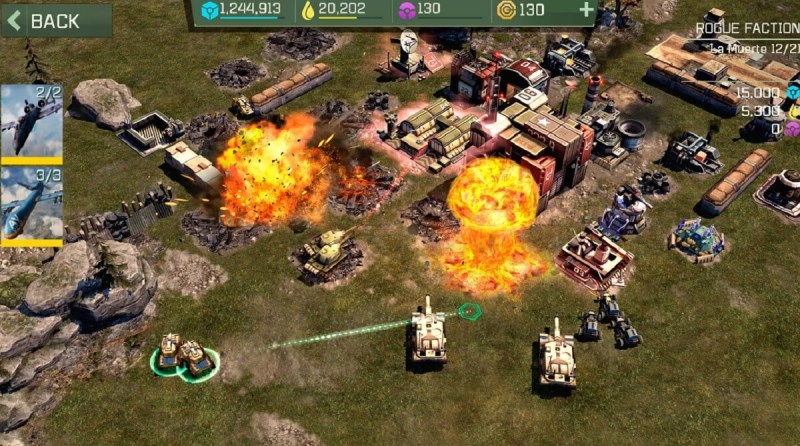 Above: War Commander: Rogue Assault is out on Android and iOS.

“I love the Kixeye team. They deliver awesome game experiences while being state of the art in monetizing web traffic,” said Joe Horowitz, managing partner of Icon Ventures, in a statement. “As an investor and board member, I am especially intrigued by their application of machine learning to optimize the quality of their business model for the benefit of shareholders and gamers alike.”

Kixeye has created a dynamic marketplace that adapts itself to a person’s play style and in-game progress, offering items that are more thoughtful and rewarding to their gameplay. More broadly, Kixeye’s technology is tackling Experience Optimization — analyzing how large portions of people play each game, identifying common stumbling blocks that can cause frustration.

Once identified, the development team addresses and suggests balance fixes, thereby creating a better playing experience for all users. The results are that their latest mobile title, War Commander: Rogue Assault, is retaining and monetizing players at a higher rate by a factor of two compared to previous games. Kixeye has 250 employees in four studios.