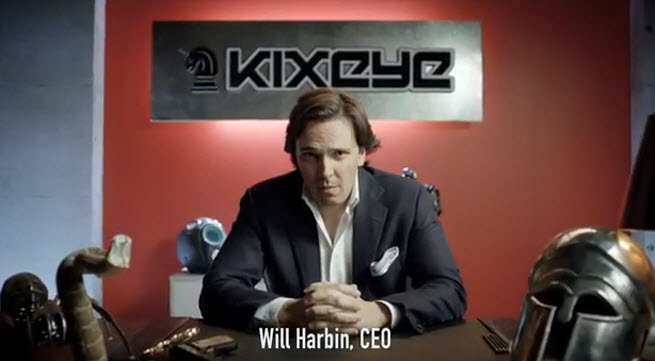 Kixeye, a fast-growing maker of hardcore social games, has launched a hilarious recruiting video aimed at showing it is the best place to work for budding hardcore game developers who want to tell their grandchildren that they made games that “kicked ass.”

The video shows how competitive the war for talent has become in Silicon Valley, where game developers are a scarce commodity. And it shows Kixeye, which has around 200 employees, is willing to take the gloves off and criticize its larger rivals who pursue safe or copycat strategies. Kixeye, meanwhile, wants to project itself as a place where hardcore game developers can truly be creative.

Kixeye only has around 4.8 million monthly active users on Facebook. But it’s one of the most profitable game companies on the social network because it makes free-to-play hardcore games that monetize exceedingly well. 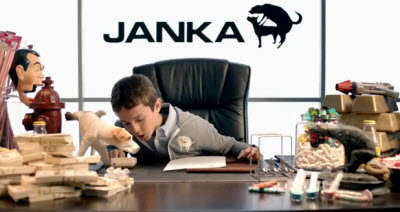 In a video laced with profanity, San Francisco-based Kixeye pokes fun at rivals named Janka (Zynga?), EARRP (Electronic Arts?) that have no regard for game quality. The Janka chief is a kid behind a desk who jokes that he has each of your balls in his hands. Behind him is a silhouette of a dog being fornicated by another. Does that remind you of a particular company’s logo? 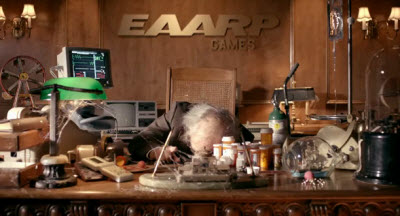 Then the scene switches to an aging video game executive at EARRP. He reminisces about the good old days of gaming. He laughs and his teeth fall out. Then the camera moves to a boring guy showing marketing charts. He works for Kerpoop (Kixeye’s social gaming rival Kabam?). Then the profanity just starts flying out of control.

Then Will Harbin, chief executive of Kixeye, comes on and says his company wants to “make games by gamers for gamers.” You can say to your grandchildren, “I made games that kicked serious ass. Mind-blowing games that left virtual farmers crapping their virtual pants in fear.” Harbin says you will be able to say you made games that “copied no one” and “compromised nothing” and “had a fucking blast doing it.”

The video caption says, “If you’re a rockstar game maker and you don’t want to put your talents towards cow clicking and virtual pet cuddling, we might have a place for you on our team.”

As corporate videos go, this one captures the attitude that Kixeye’s Harbin, who spoke at our recent GamesBeat 2012 conference, wants to project to the world as he tries to disrupt the video game business with free-to-play hardcore games.