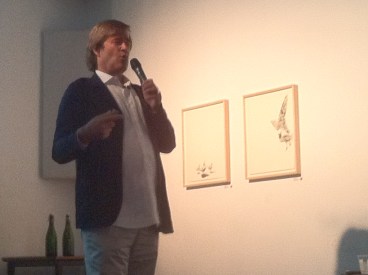 Online gamers should on average generate $3 of value per hour, regardless of the game they are playing — and game designers should aim for that target, according to Bing Gordon, partner with venture capital firm Kleiner Perkins Caufield & Byers.

That’s the sweet spot for creating a level of satisfaction for gamers when they play an online game, Gordon said. For example, the amount of gold a player earns in online game World of Warcraft should sell for around $3 on secondary or black markets. In games like FarmVille, players should generate $3’s worth of gifts or coins per hour.

Similar to achieving something in real life, gamers want to generate some kind of real value out of the game — even if the game is just meant to pass the time. Players are much more likely to continue playing a game if there’s an illusion they’re creating value, Gordon said.

The lines between games and the real world are blurring now that the world is becoming “gamified.” Many games give players rewards for just about anything, and apps like Foursquare have jumped on the trend by rewarding players for doing everyday things in the real world — like visiting a gym or announcing they are watching a TV show.

The latest generation of gamers that actively use apps like Foursquare demand more value out of the games they are playing. In a game like World of Warcraft, gamers want to wear the best armor or have the fastest mounts as a way to signify that they are “winning” the game. Games have to make sure they deliver rewards at just the right pace that makes the experience of getting a powerful item rewarding, but not too easy — amounting to around $3 an hour, he said.

Social games like FarmVille and Empires & Allies, both developed by social gaming company Zynga, are credited for starting the “gamification” craze by giving players a reason to constantly return to the game for incremental rewards. Zynga has since become a Facebook distribution powerhouse like no other game company. That makes it a lot easier for Zynga to generate revenue, since a percentage of users usually pays for items in otherwise free games. The company has delivered hit after hit to Facebook, including FarmVille and CityVille.

Zynga’s latest social game, Empires & Allies, is another hit for the company. It attracted more players than Farmville, the company’s first breakout hit, in just 25 days. Empires & Allies is gaining new users at a rate of a million a day and 8 million a week now, according to AppData.

Gordon is sitting pretty himself as the backer of Kleiner’s investments in mobile gaming firm Ngmoco, which was bought by DeNA for $403 million. Kleiner also invested in Zynga, which might file for an initial public offering in the not-too-distant future at a valuation between $10 billion and $20 billion, according to a number of reports. The company is looking to raise up to $2 billion, according to the reports.