People don’t seem to be taking Knack 2 seriously, but it could be one of the best games for the PlayStation 4 for the rest of the year.

The first Knack was a launch game for the PlayStation 4. Like a lot of early PlayStation 4 releases, it felt unpolished. But Knack had some cool ideas. It’s lead character was made of a bunch of tiny machine bits. It was cool to see all of these pieces fall off and come together to make bigger or smaller Knacks, but its combat-focused gameplay lacked depth. Now the sequel is coming out on September 5 for the PlayStation 4.

PC gaming editor Jeff Grubb and I (community manager Mike Minotti) actually had a chance to play Knack 2 before Sony’s Electronic Entertainment Expo event started in Los Angeles earlier this week. Sony had a couple of couches setup to run co-op, a new feature for the sequel. We decided to try it as a funny joke.

But we ended up having a great time

I don’t know what your experience with the first Knack was, but I only played it a bit. I bought it when the PS4 launched because I was desperate for games to play on my new machine, and Knack looked like something I would enjoy. It’s art was very Pixar-like. I thought it could be the next Ratchet & Clank.

But, yeah, it wasn’t that great. Its focus on combat disappointed me. It was like God of War without any of its combo systems or puzzles. It was shallow.

This sequel, at least from the small bit we played, felt like a lot more fun because it focused more on platforming. 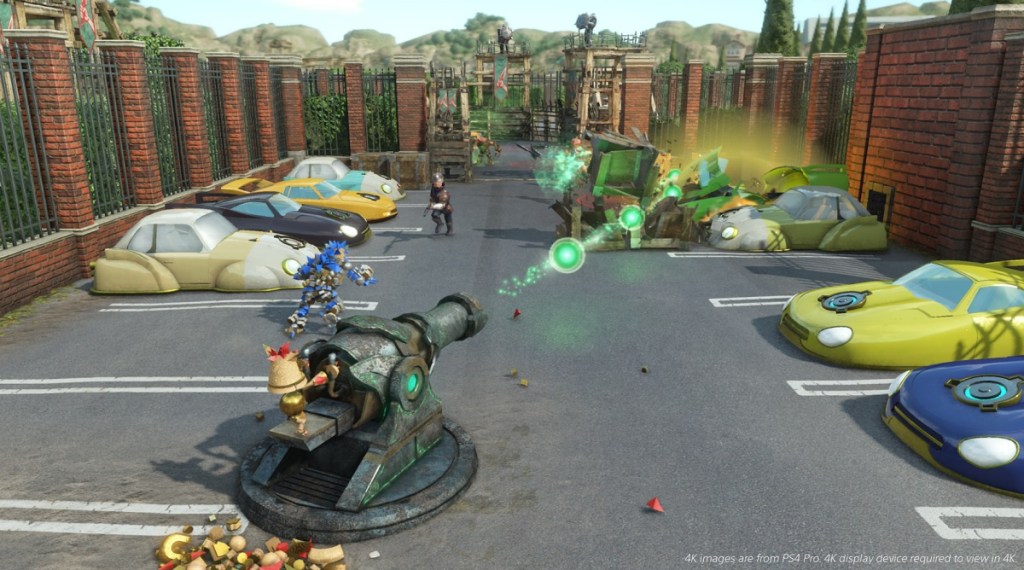 Games are always more fun with the co-op mode, so getting to sit down on a couch at Sony’s event was an ideal way to experience Knack 2. But I don’t think that’s the only reason we were having fun.

I liked that we turned it into a race instead of a collaborative experience, focusing on getting through the level as fast as we could. We went back-and-forth vying for the lead, and that’s when I noticed that its platforming was fluid. Knack can phase between his small and big version at any moment with the click of the R1 button, and it forces you to use this by putting skinny small-Knack-sized ledges in front of you.

You need to shift into your tinier version to navigate past these parts of the level, but you don’t want to stay little because you’re slower and more vulnerable. It becomes this action of tapping R1 right as you are sprinting at full speed at a ledge, running across the beam, and coming out of the other side and returning to your bigger form all without losing momentum.

It is satisfying, and I hope the whole game is conducive to that kind of fast platforming/co-op racing.

I’m glad it didn’t force us to do the stereotypical co-op puzzles. You know, like when one player has to stand on a button so the other can go through a door — stuff like that.

Instead, we were just playing, and it never felt like we were in each other’s way. Having the extra player obviously helps during fights. You can even do some cool co-op fighting moves. You could stand still and if I got behind you and punched your body continuously, it would shoot out a machine gun-like spread of your little Knack bits.

Being able to teleport to the other player with a single button is what makes the co-op fun. It’s like when you’re golfing with friends and you’re playing the best ball. It’s like you get two simultaneous tries for each platforming segment. 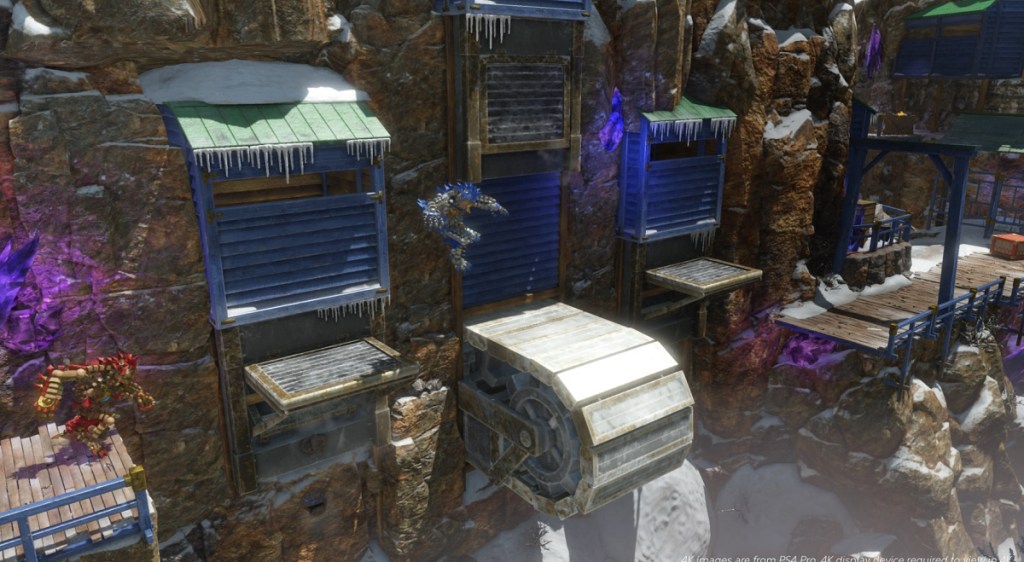 That teleporting didn’t take away from the fun we were having. If you made a jump that I missed, I would teleport right behind you. But you were still able to brag or smack talk, and I never felt like I got so far behind that I couldn’t catch up. And then I would do the same to you when you would miss your jump.

Knack 2 made me realize that 3D platformers are ideal for co-op play as long as developers add some basic quality-of-life features that this game all has. But hopping and dashing through a 3D space with a partner isn’t too skill intensive and you can keep both players on the screen at all times for easier communication without splitscreens. I’m not convinced that Knack 2 is going to shock me as PlayStation 4’s game of the year, but it’s doing everything it needs to do to convince me to at least try it — probably with a friend.

You know what else I like about Knack 2? Unlike a lot of Sony’s other exclusives — like God of War, Days Gone, Spider-Man, and The Last of Us Part II — this game is actually coming out in 2017.

PlayStation 4 owners should be paying attention to this one. It’s not a game many people asked for, but it could be one of the system’s best releases for second half of the year.