Knack 2 works. Simply, elegantly, its many disparate parts—components that fit together so poorly in the original PlayStation 4 launch game—fuse together to form a warm, flowing game that’s as nonsensical and charming as its titular character. In a moment when publishers and developers working with resources on the scale of Sony and the SIE Japan Studio bury their games in meaningless collectible items, unnecessary multiplayer components, and endless grinding (of character upgrades, of repetitive open-world missions, and so on), Knack 2’s clarity is sweet relief from the gaming landscape of 2017.

Over its dozen or so hours, you’ll run through ruins, cities, mountains dotted with windmills and invisible towers, factories, and islands punching robots and monsters while solving light puzzles, jumping over traps and pits, all while changing the size of your weird red and gold golem hero as you go. As simple as any fantasy game about jumping over stuff made in the past 30 years, Knack 2’s familiarity belies it solid grasp of the fundamentals. It just works, and even more so when someone’s playing it with you. 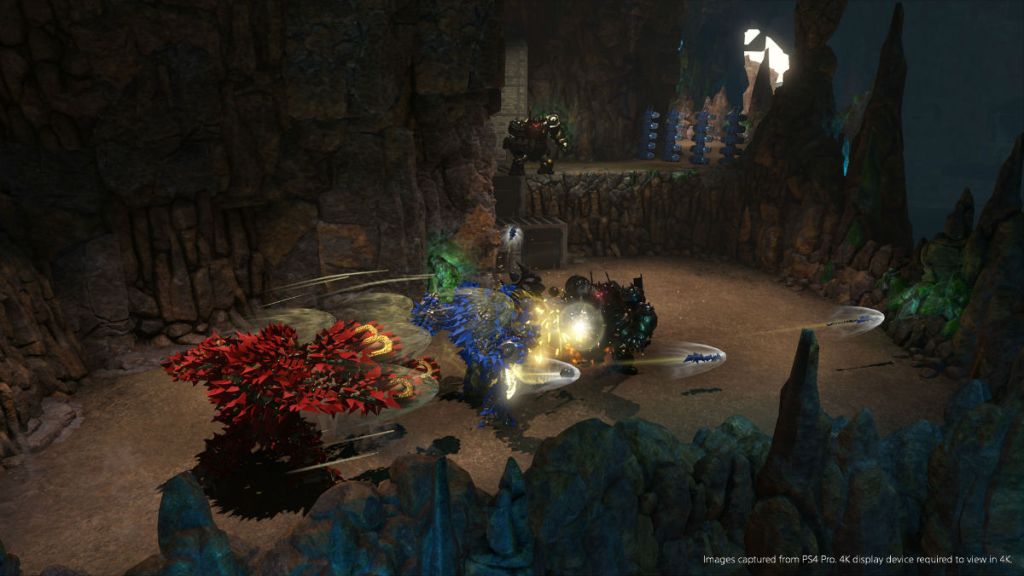 Knack has always had potential as a character. Made up of “relics,” tiny magic blocks, he’s malleable. First he’s a little dude (apparently a “he” according to his human friends, but you have to take their word for it) who can crawl through cramped spaces. Then can bulk up to the size of a building if he finds enough of the relics. In his debut, Knack’s body felt more like a gimmick to show off the power of new hardware. Look at all his little parts swirling around! The cumulative effect was lost in the process, though. Knack looked like a robot conceived by Aztec priests who found a box full of Legos that fell out of a time portal. Problem is SIE’s Japan Studio surrounded him with generic goblins and bulbous humans that looked like refugees from a direct to home video Dreamworks animated movie in drab city and fortress settings that went on forever.

In his sequel, SIE realizes Knack’s potential by addressing every one of those problems. For starters, it’s just a lot more fun to steer the guy around. Fighting enemies feels more grounded, with basic light and strong punches and kicks used to down a sizable but never overwhelming horde of enemies. Never as complex as a God of War (which Knack’s stretchy attacks and swift dodges automatically recall), but never as simple as the soft, repetitive battery in the many actual Lego games out there, Knack’s fights feel as satisfying and digestible as a tea biscuit, sweet and crunchy without being overwhelming.

The fighting is balanced out by platforming and puzzle solving that also feels smart and considered. Stages in Knack 2 proceed in a straight line with of jumps between the arena like fights. Conveyor belts try to push you off, and hidden stairs pop out of walls; classic stuff that feels just right thanks to the fluid, floaty rhythm of controlling Knack. Puzzles tie into the jumping as well. In the back third, while running through an archaeological site, Knack absorbs metal that make him stronger and heavier. When he shrinks, though, the metal pieces separate from his other retractable parts and stay in place until he collects them. Figuring out how to weigh down a pressure plate to raise a platform so you can also collect the metal parts at the top of a cliff after jumping up small ledges as tiny Knack is tricky in theory but smooth in practice. It all flows. 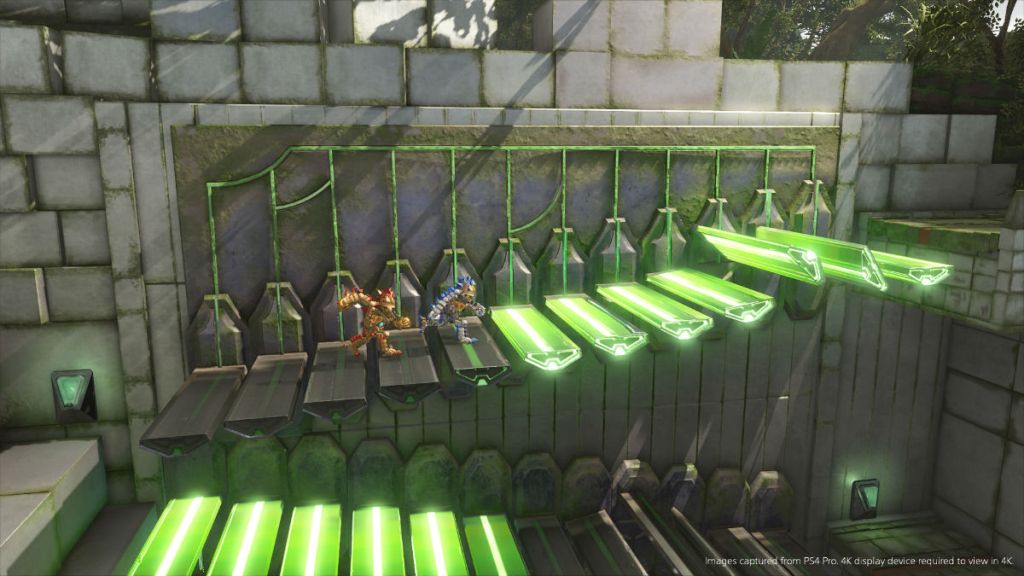 If this sort of locomotion and logic challenge also sound like Traveller’s Tales’ many, many Lego games, they also feel like that in practice. This applies even more so thanks to the cooperative play in Knack 2, which also works just like a Lego game. At any time, a friend can pick up a second controller and play as another Knack at the same time, and the game accommodates the second player by pulling them forward or back if you’ve gotten too far ahead. It isn’t really any different with a friend, but it’s deeply pleasurable since the action also doesn’t get too chaotic. Jumping up the nooks and crannies of a clock tower feels fine with two people as well as one.

What’s remarkable about Knack 2 is that I found myself enjoying it far more than all those Lego games. The pace of the action in every stage was more consistent, the settings less confusing and littered with collectible gewgaws (each stage in Knack has just a couple of hidden treasures to find off the beaten path), and it has no noisome padding to draw the whole thing out. Knack 2 doesn’t force you to replay a stage with a special power later on to try and make it seem like there’s more value in the package. If Knack needs to slip past some security lasers, he finds a crystal nearby he can absorb and become invisible. Simple and clear.

Wait, who are these people?

Unlike the Lego games, though, Knack has no grand pop icons or funny story to latch onto here. He’s fun to look at, and the stages are demonstrably more colorful and attractive than in the first game, but the world itself is still a dud. There are humans, there are goblins, they hate each other and use relics and sunstones to power technology, and blah blah blah blah. The overall milieu feels like a forgotten Saturday morning cartoon that ran after DuckTales when everyone stopped paying attention to go play outside.

The story in Knack 2 is about as perfunctory as in the first game: Turns out that the goblins used to rule the world, but it was super-smart goblins called High Goblins that could make fighting robots, and now the robots are back, but militaristic humans want to use the robots to ensure their dominance and woof! The overwhelming dullness of the plot is only enhanced by Knack’s lack of involvement with it. He’s always just kind of there listening to the humans prattle about nothing consequential, impatient to get back to punching and jumping over stuff. 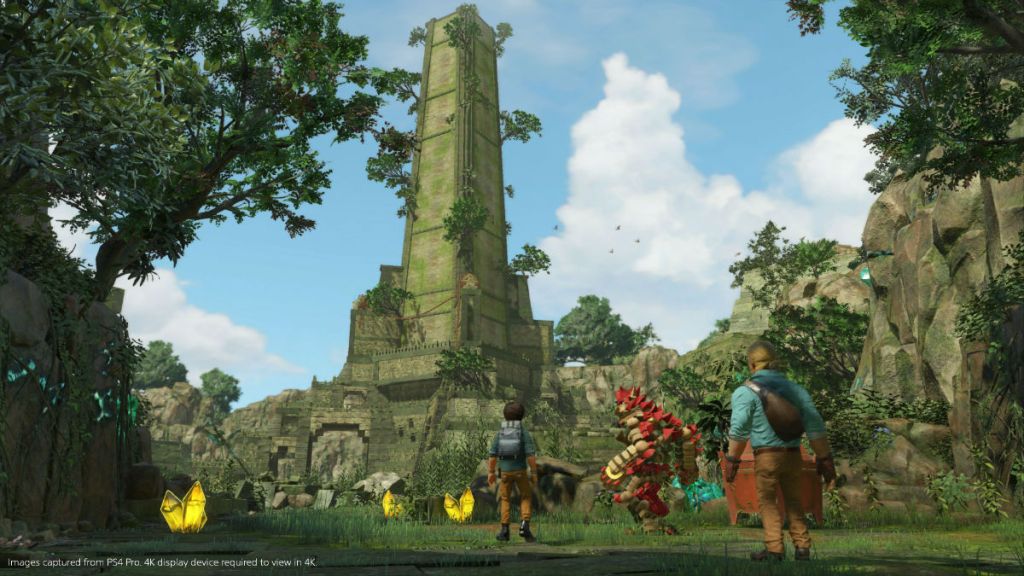 The comfort is that the story barely takes up any time. Dialogue sequences never drag on for long before you’re thrust back into running a gauntlet of traps and evil robots. The action is still so fundamentally joyful that it doesn’t really matter what the context for it is. Why can Knack absorb some materials and not others? Why is it okay for the humans to be generally awful to goblins? Who hid a treasure inside an air duct of the museum? Who cares? Jump across a moving lift in the middle of a jungle already. Don’t worry about it. That casual flow lets the essential video gameness of Knack 2 to shine. Even the hoariest tropes feel good in Knack 2. I had to push boxes around a room to open a locked door like I would have had to do in some budget mascot machine from 1997, but here it still felt just right.

In the absence of an epic tale, a torrent of doodads to collect, or some time-devouring crafting system—all the fixtures big business gaming says you need to survive today—Knack 2 just works.

Knack 2 comes out on PlayStation 4 on September 5. Publisher SCEA sent us a code for this review.