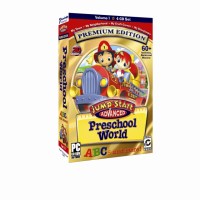 Plenty of companies are making the shift from video games to virtual worlds. Knowledge Adventure is the latest as it announced today it has raised $5 million in a second round of funding to shift its focus from educational software to 3-D virtual worlds for kids.

Azure Capital Partners and Telesoft Partners led the round. The Torrance, Calif.-based company is an adolescent itself with 15 years of experience in making games for three-year-olds to 10-year-olds, including the JumpStart series and Math Blaster educational games. Now it plans to hire a new team to produce a virtual world.

Kids software is currently about a hundred million-dollar market, according to Arjun Gupta, managing partner of TeleSoft. But the potential for online worlds is greater, as evidenced by Disney’s $700 million purchase of the Club Penguin online game world for kids.

There is plenty of current or pending competition from companies building either kids online games or kids online worlds from the likes of Zookazoo, FusionFall, Webkinz, Neopets, Lego and Fluid Entertainment. In the past, many educational software companies assumed that parents would be too afraid to let their youngest kids get on the Internet. But Club Penguin changed all that.

“People are starting to realize this is the new Saturday morning television,” said Thomas Swalla, president of e-commerce at Knowledge Adventure.

Knowledge Adventure has some great brands with kids and it knows how to make games that entertain youngsters. But it has never been on the bleeding edge of gee-whiz graphics or game technology. My oldest kids grew up with Knowledge Adventure. But these days, it will have to compete with Brain Age on the Nintendo DS, Club Penguin, Bella Sara horse trading cards, LeapFrog’s Didj and Leapster educational game handhelds, and the Nintendo Wii. The company could thus find itself in a tough spot as it tries to upgrade its gaming experience for those who have plenty of other virtual world choices.

The company launched its first online games on JumpStart World a couple of weeks ago, but Swalla said that the first virtual world product would launch in the fourth quater. The virtual worlds will leverage the Math Blaster and JumpStart brands and feature 3-D environments accessible through a web browser.

David Lord came in as the new CEO of Knowledge Adventure a few months ago with the goal of taking the company into virtual worlds. The company previously raised a first round of financing of $12.5 million in 2004. The company has 65 employees in Torrance and recently opened a new office in India.