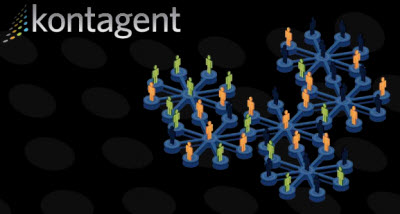 Once upon a time, analytics companies could update their data once a day for social media companies. But in the age of Twitter and fast-moving communications, social applications developers need to know what’s going with their traffic in real-time.

That’s why social-analytics firm Kontagent is stepping up today with its real-time social app monitoring system. Kontagent president Albert Lai says that for the first time, social app developers can get real-time insights into the behavior of users. Kontagent’s new tool can update its feedback on application usage every 10 seconds. This development will give the makers of the world’s most popular social apps more fine-grained control over their relationships with customers.

San Francisco-based Kontagent can pretty much pick up everything that happens with an app. It regularly processes 10,000 social events per second and is moving to tens of thousands a second. To put this in context, the highest number of messages sent per second on Twitter is less than 7,000.

Developers put Kontagent’s social tags inside their apps so that data can be collected. They can then look at a dashboard that shows all of the relevant metrics that a developer needs to watch. That’s especially important for finding out if something is going wrong with an app, such as too few people clicking on a button for spending money. The dashboard can also reveal if the app has crashed.

Kontagent says the real-time monitoring can significantly lower the risk associated with deploying new features or updates. That’s important because social app makers have to continuously monitor the behavior of users and tweak their app ever so slightly to make sure users stay engaged and spend money.

“As an agile social gaming company, we need to release multiple times a week, and sometimes even multiple times a day, but we have game experiences and third-party integrations, that while critical, can be quite fragile,” said Ali Nazer, co-founder of Lionside, a social game company that recently launched NBA Legends, the first NBA licensed game on Facebook. Nazer said the Kontagent real-time monitoring is just what his company needs.

Kontagent said it has tripled its head count in 2010 but is still hiring at a faster pace now. The company recently announced that its analytics is now tracking 100 million users via the customers who subscribe to its analytics platform.

Kontagent has raised more than $6 million from Altos Ventures, Maverick Capital, The Facebook Fund, Extreme Venture Partners, The Hit Forge, and many angels. Kontagent was founded in 2007.