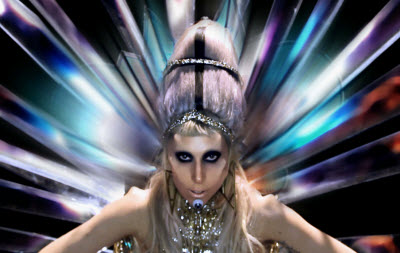 In doing so, the pop star is further identifying her brand with hot tech companies — this time, the uber-popular social game maker, Zynga.

This is a laudable act of charity, for sure. It also seems like a smart move by both parties involved to join together and raise each others’ profiles. Lady Gaga is identifying herself as a modern artist who is involved with the coolest new technologies from some of Silicon Valley’s brightest companies. And San Francisco-based Zynga is raising its own profile as a company that cares more about the wider community.

I’m not saying this is purely a marketing event, but there are definite marketing benefits that result from these different superstars being associated with each other. Lady Gaga has donated the money through sales of her Japan Prayer Bracelets to Zynga’s fundraising initiative with Save the Children and the American Red Cross. Zynga has already raised $1.5 million through donations through its social games for Save the Children’s Japan Earthquake Tsunami. All told, more than $3 million has been raised through Zynga’s non-Gaga efforts.

“I’m inspired that my little monsters [fans] banded together to help those affected by the terrible tragedy,” said Lady Gaga. “What Zynga’s players have done for the cause is equally inspiring, and I’m thrilled to partner with them to raise money that will go to Save the Children and the American Red Cross.”

In Zynga games, players can take actions to directly donate to causes. In FarmVille, for instance, you can buy special seeds to plant that cost money in the form of Facebook Credits. More than 250 million players have been exposed to the charitable campaign, which donates 100 percent of proceeds to the Japan cause. To date, Zynga has raised more than $10 million for charitable causes since it started its Zynga.org program in October, 2009. That shows the power of social media.