The Last Day of June comes from Italian independent studio Ovosonico and indie publisher 505 Games, and it has beautiful art that is akin to walking inside an impressionist painting. But it holds some dark moments, with a haunting blue landscape to reflect this.

It debuts today on the PC and the PlayStation 4. I played a few hours of the game on Steam, enough to explore the gameplay and the emotional story that challenges players to answer the question, “What would you do to save the one you love?” Your job is like Bill Murray’s task in the film Groundhog Day, to rewind time so that the protagonist, Carl, can prevent his wife, June, from dying in a car accident. Today, I’ll offer my impressions of the game, and we’ll eventually run a complete review.

At the outset, Last Day of June dazzles you with bright, orange hues that show the happy scene of an anniversary celebration, before the accident. But then Carl wakes up in the darkness to find that he is all alone and can only get around in a wheelchair. 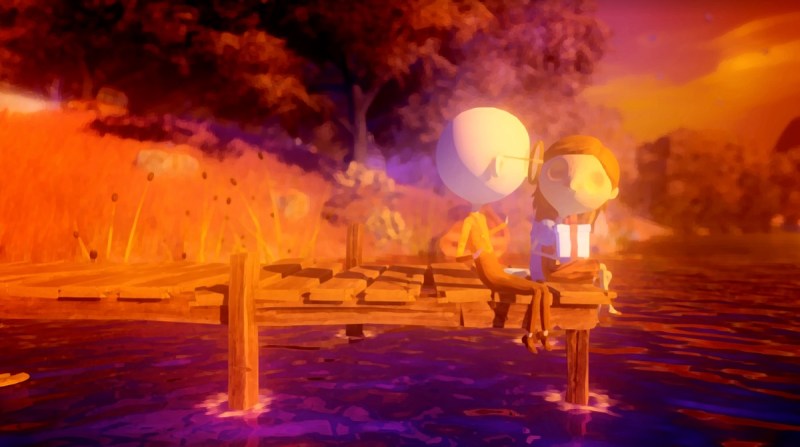 The compelling story is told without words

Last Day of June has no dialogue, only gestures, emotion-ladened grunts, and murmurs from the characters. It turns its emotion on and off in an instant. When Carl remembers a happy moment, the scene lights up with the orange light. But as he remembers what happened, the scenery becomes gloomy. Ovosonico conveys a lot of feeling through the tone of its characters’ speech or body movements.

June and Carl were celebrating their anniversary on a dock on a lake when the weather turned for the worse. They drove home in the rain, only to skid to a screeching halt as they try to avoid running over a little boy who chases his soccer ball into the street. You play each one of the characters, trying to relive the day in a way that creates a different outcome. 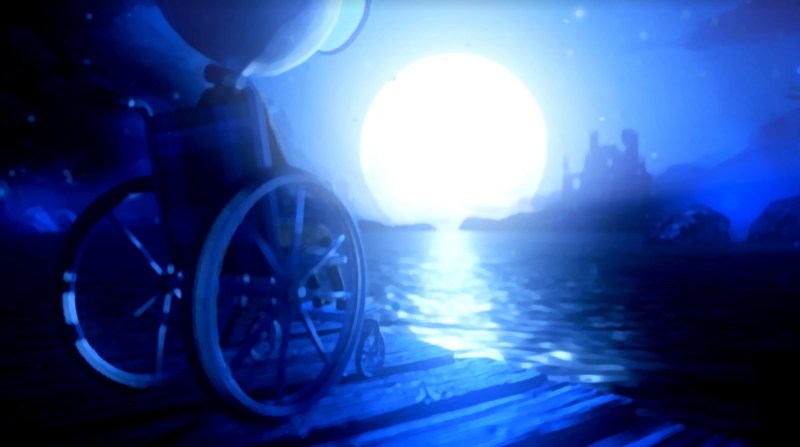 Above: The protagonist of Last Day of June is bound to a wheelchair after an accident.

As I noted in previous stories, Last Day reminds me of Sony’s horror game Until Dawn, which was my favorite game of 2015. Until Dawn also invoked the theory of the “Butterfly Effect,” or the chaos theory idea that suggests a small change in a system’s initial conditions can result in huge variations in a later state. The name was coined by Edward Lorenz, and it comes from an example where the flapping of a butterfly’s wings can cause subtle changes that affect the path of a hurricane weeks later. In Last June, your smallest and biggest decisions can affect the outcome of the evening and who will survive “Until Dawn.” Sometimes, seemingly trivial choices will mean the difference between survival and death. Your choices will also matter in The Last Day of June.

The introduction sets the stage. You can’t change what happens in that part of the story. In the first chapter, where Carl wakes up in a dark house and has to get around in a wheelchair. He goes into the room of June’s paintings, and they come to life. When he puts his hand on a painting, he goes into a flashback of what happened with that character on the fateful day. You then relive some of that day, and try to change the outcome.

The artwork in Last Day of June is mesmerizing. You’ll look into a fireplace, seeing it glow and bounce orange light off the blue surfaces of everything that is shrouded in the dark. It’s so pretty that you’ll stop and look for a while at a scene, like I did when I looked through a telescope that was looking at two characters looking at the sunset over a lake. It’s pretty rare for a game to look this pretty.

If you succeed in solving some of the puzzles, you can unlock your progress in reconstructing or rewinding parts of the day. If you get it right, you can move from one character to the next, as a number of people all play a role in deciding June’s fate. The puzzles involve finding alternative events, like making sure that a little boy doesn’t chase his soccer ball into the wrong place. 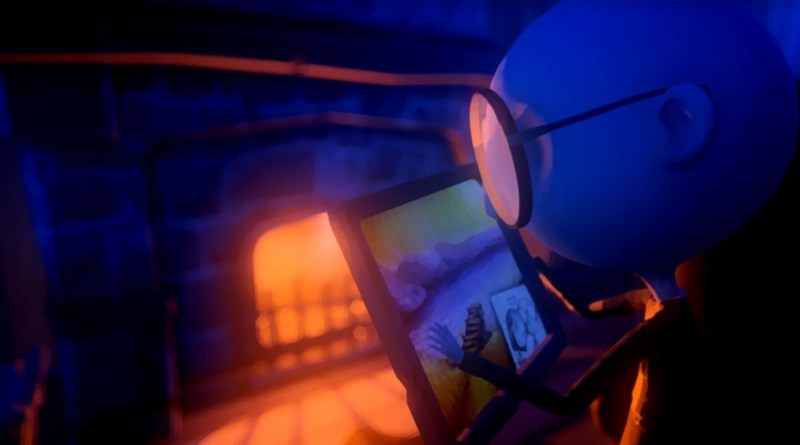 Above: Last Day of June features Carl’s quest to save June’s life by rewinding time.

The movement is slow

Clearly, this isn’t a first-person shooter flying by at 60 frames per second. It takes a while to get some things done because the movement isn’t all that fast. You can speed it up by press the space key on the PC, so that your character runs instead of walks. But the slow speed means that it takes longer to solve puzzles and move through the terrain. Cutscenes load slowly, and you do plenty of unproductive waiting.

I made some good progress, but found that if I solved one problem, Last Day of June would throw me another. I had to then go back and rewind time to play the first puzzle all over again. You’ll go back to rewind your gameplay decisions during the game, and that’s not exactly fun. It’s frustrating, and I would have appreciated more tips or hints of what to do next. The problem is that the game isn’t all that interactive. And there are a limited number of things you can try before you become frustrated. At least for me.

The game puts obstacles in your way that seem a little too simplistic, as if it were designed for young kids. You can assume the role of children or adults in the game. But nobody can get through some locked garden gates, which are a part of picket fences with some very low walls. (505 tells me that some characters can open gates and some can’t, and they can leave the doors open for those who need them in later sequences). The characters struggle to reach, but no matter what you do, you can’t unlock the gate or climb over the low fence. This is more frustrating than fun. 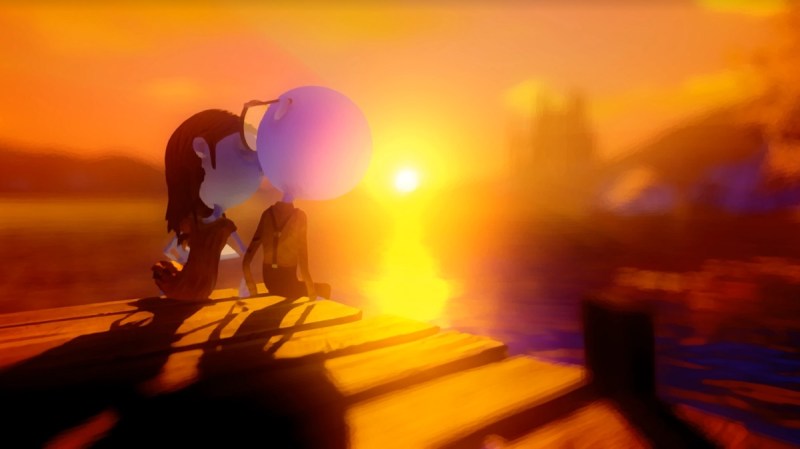 Above: Last Day of June is an emotional journey about Carl’s quest to save his loved one.

For the time being, I’ve hit pause in my gameplay in Last Day of June. I’ll return to it if I get an inspiration for solving the puzzle that has me perplexed. But the game could have kept me playing longer if it weren’t for some of the flaws I’ve pointed out. Hopefully, I’ll figure out how to solve the puzzle. But until I get past it, I’ll have to wonder whether it is possible to save June, or if fate is something that you just don’t mess with.

The game is available for $20, and that price seems fitting, given that it is a relatively simple and (seemingly) short experience. We don’t have a score on this review yet, as I haven’t finished the game.

The publisher gave GamesBeat a code to play the game on Steam on the  PC.