Think back to where you were in 2005 and 2006. iPhones and iPads didn’t exist, artist Kanye West called former U.S. President George W. Bush a racist on live TV, and I was a senior in high school scrambling to figure out what I wanted to study in college.

It was a simpler time.

That was the state of the world when a new generation of consoles arrived: Sony’s PlayStation 3, Microsoft’s Xbox 360, and the Nintendo Wii. The Wii is the most successful of them all in terms of lifetime sales—Nintendo has sold more than 100 million devices, with Xbox 360 at 84 million and PS3 at 80 million sold—but only the PS3 and Xbox 360 continue on nearly a decade after they launched. Many triple-A games still show up on these last-gen systems in addition to their PlayStation 4 and Xbox One counterparts, and this trend doesn’t look like it’ll stop any time soon.

Aside from their built-in audience of over 160 million people, these last-gen consoles offer more subtle benefits for developers that continue to stick with them. I reached out to developers Square Enix, Obsidian Entertainment, and other veteran studios to find out what it’s like to make games for the PS3 and Xbox 360 these days, and how that process has changed after spending so much time with them. 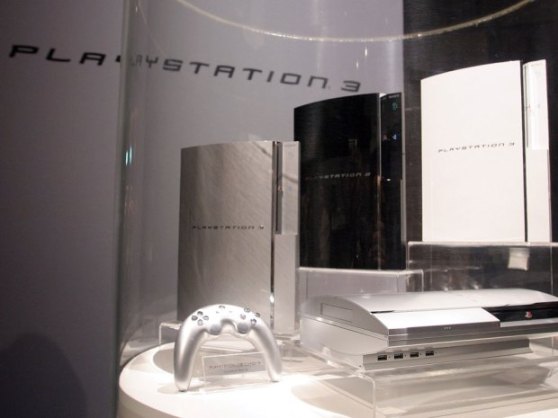 Above: Sony revealed the PlayStation 3 at the 2005 Electronic Entertainment Expo in Los Angeles.

The most visible improvement the PS3 and Xbox 360 had over their predecessors was the graphics. Not only could developers push more detailed textures and polygons into their games, but for the first time on consoles, they could also show them off in high definition. Third-party powerhouse Electronic Arts was one of the first companies to jump into this era when it released Madden NFL 06 as a launch title for the Xbox 360 in 2005.

“At the time, we ended up thinking that we were gonna rewrite a lot of the systems across the board,” said Madden producer Seann Graddy. “Obviously, we wanted to have a huge payoff in graphics. So we built a pretty sizable team to try to deliver all that. … There was a lot of work done around our pipelines, our gameplay engine, our rendering engine—all that type of stuff just made that transition really difficult at the time, frankly. 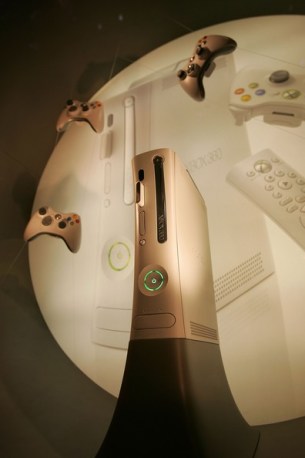 Many developers had a hard time wrapping their heads around the PS3 during the console’s first few years. Sony was using it to push a family of devices that used its custom eight-core Cell microprocessor. Those who had the time and the resources to learn how to code for the Cell (like Sony’s in-house studios) were able to squeeze out a lot of power, but for others, dealing with this chip was a headache.

“Early struggles for a lot of us — and it was a struggle until the end of the console cycle — in some ways was just the differences between the PS3 and 360,” said Feargus Urquhart, the CEO of role-playing development house Obsidian Entertainment (Fallout 3: New Vegas, South Park: The Stick of Truth). “And so for an independent developer [like us], a lot of times … we have one version. How much effort do we need to put into the other version to make it look as good and work as well?”

According to Urquhart, devs needed either a large tech group to help get their engines ready for the new boxes, or they had to rely on existing ones, such as Epic Games’s Unreal Engine. “Unreal 3 really didn’t come online until a year and a half-to-two years after the last consoles launched,” he said. “For a while, a lot of us were using Unreal, but it wasn’t really done yet. So there were some challenges there.”

At this point, middleware engines like Unreal are well established, so devs don’t have to “reinvent the wheel,” as Eutechnyx chief executive Darren Jobling put it. Best known for its yearly racing games based on the NASCAR license, Eutechnyx was one of the few studios understood the Cell early on.

“During that phase, everybody was obsessed with the Cell architecture of the PlayStation 3, and that was really quite a tough thing for people to get hold of,” said Jobling. “However, if you were able to do it, your games could really go the extra mile—if you could actually crack how to use that Cell architecture. Whereas, nowadays, pretty much all the good developers are utilizing the Cells.” 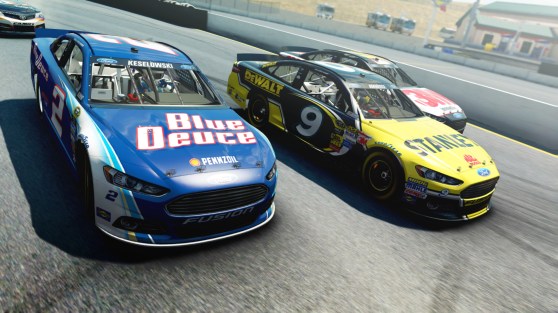 The U.K.-based studio worked closely with Sony before the PS3 came out, back when development kits “were the size of trash bins.”

“I think it was really hard at the start for Sony to find people who could utilize that Cell architecture,” said Jobling. “No doubt it’s still confidential, but back in the day, we did a lot of work with Sony in terms of driving game technology. So we’re pretty much known as [being] quite technologically adept. It’s not unusual for the hardware people to come to us and say, ‘Hey, we’d really like a demo of X to demonstrate the capabilities of our new system.’

“So I can’t tell you exactly what we did, but we were right in there, right at the start with Sony, who we particularly have a good relationship with. … We showed ‘em what could be achieved with that Cell architecture.”