StarCraft 2: Legacy of the Void has a late-game mission that encapsulates what its campaign should be. You control the alien Protoss, fighting alongside both a Human and a Zerg base. An overwhelming enemy launches attacks, and other characters discuss how to stop them. Yet you’re the protagonist, shifting your troops from one spot to the next will allow defenses to win, while each successful attack provides a space for you or your allies to move forward. It’s a gloriously chaotic, chatty mess.

Blizzard’s success in RTS design relies on the combination of two things: a propulsive story and clever mission design. Both have existed in Blizzard games since the original StarCraft and Warcraft 3. The first two installments of StarCraft 2 each had simple, personal stories — Raynor wants to track down Kerrigan, and Kerrigan wants to track down Raynor — which were good enough to hang the games on to, letting the mission and campaign design do their work.

The mission design of Legacy of the Void stands alongside its predecessors. Few of the missions are straightforward, RTS-style build-base-and-smash-enemy. They try to keep you moving, usually by spreading objectives across the map, forcing you to weigh a smash-and-grab versus maintaining a strong defense.

Some of them are exceptionally clever. My favorite had your base on a moving platform, which shifts up and down around a space station on a track, seeking resources and defenses to maintain a battle fleet that would do the bulk of the fighting. Another standout involves an invincible duel between two characters, who gain strength from the presence of nearby allies.

Even the traditional hero dungeon of taking a couple of super-characters like Artanis gets a pleasant remix in a late mission in which all of the Protoss characters split up into three wildly different, fast-paced sections. Yet Legacy of the Void can be a little too reliant on the straightforward base defense mission, particularly in the endgame. 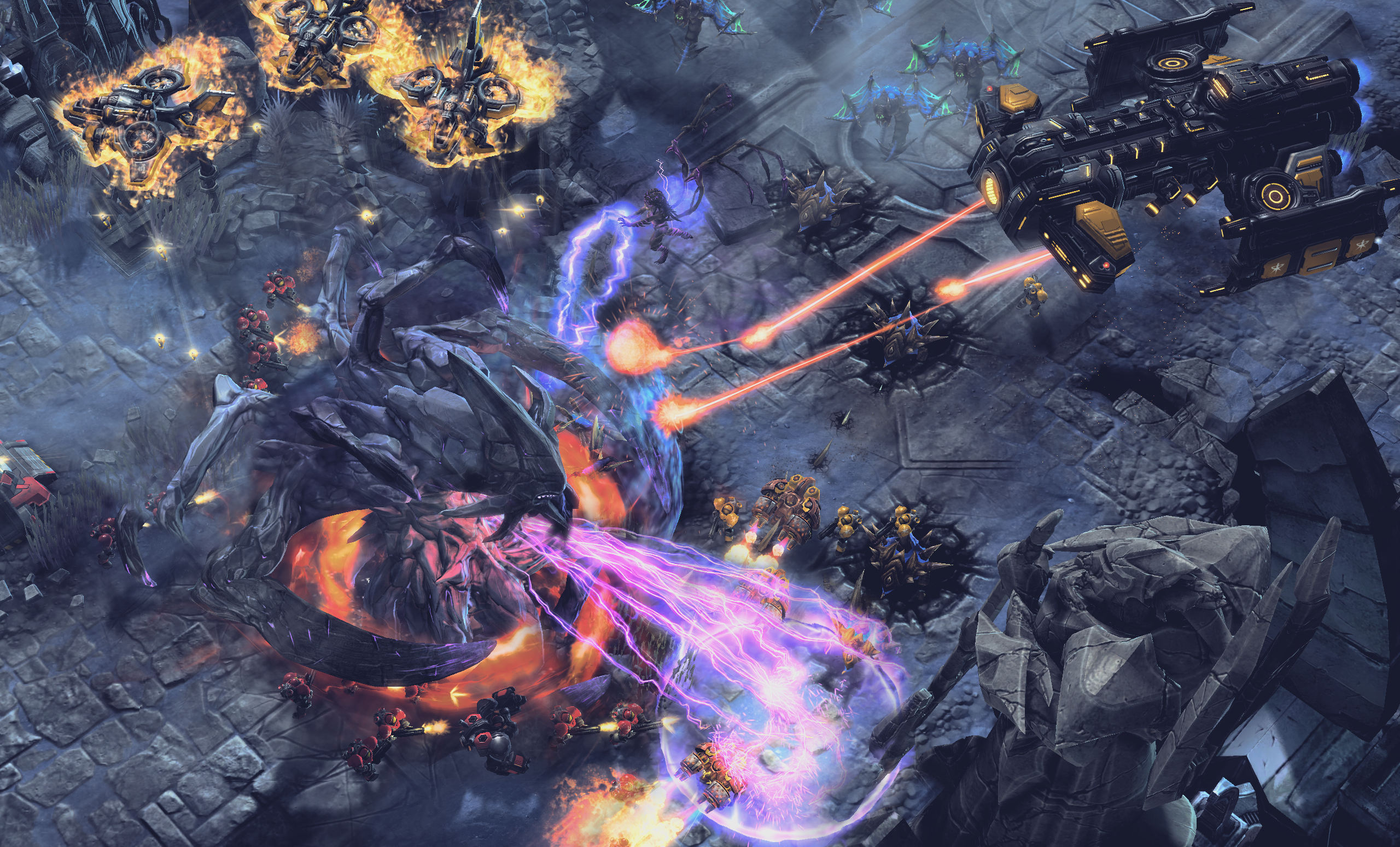 It’s when these missions connect to the wider campaign that issues arise. Legacy of the Void, like both Heart of the Swarm and Wings of Liberty before it, offers a slow campaign of acquiring new units and customizing them. Those customization options are fascinating, as well, with different Protoss factions offering different options, like the Dark Templar Stalker units as a basic assault unit, while the Aiur faction offers a StarCraft I-style Dragoon instead. But Void lacks the experimentation missions of Swarm, where you got to toy with each decision before setting it up. It feels like an option in a game here, instead of a small part of a greater whole.

Indeed, Legacy of the Void’s campaign never really coheres in the way its predecessors did. Its core problem is that it attempts to achieve two separate goals with one glaring flaw. The goals: Create a Protoss campaign that focuses on them in the way that the previous two installments focused on Humans and Zerg; and craft a climactic final chapter of the StarCraft 2 trilogy of the great war against Amon. The weakness: The Protoss are really boring from a character perspective. 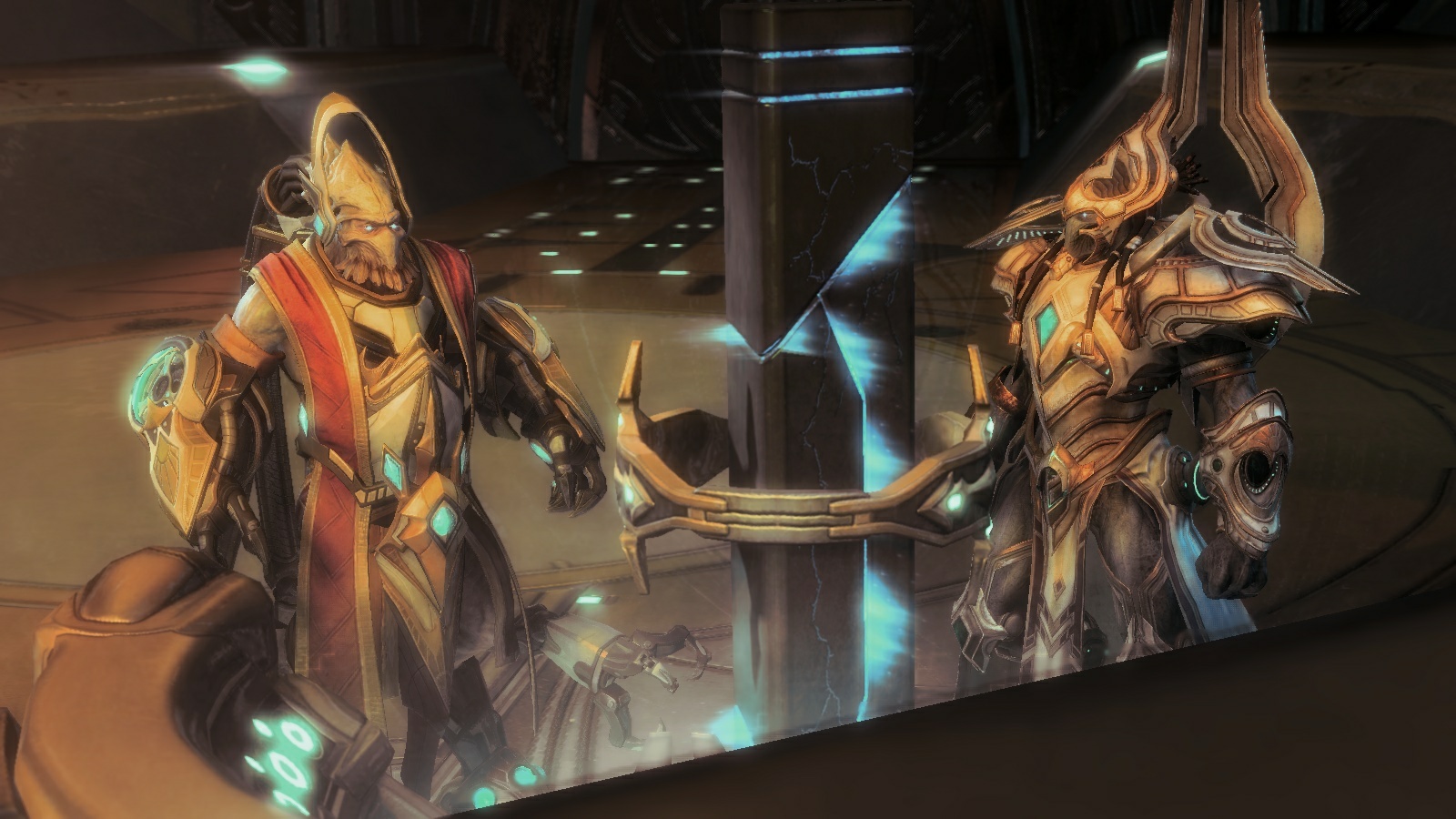 Above: Artanis [right] and Karax hold an “important” conversation.

Image Credit: Rowan Kaiser/GamesBeat
Across the 20 missions of the main campaign, it barely has a two-dimensional character to be found, let alone three. Every Protoss character seems unable to speak in anything except earnest declarations. A sample conversation between Artanis, leader of the Protoss, and Karax, his engineer, might go like this:

Karax: “I’ve discovered a new cool thing that our Solar Core can do! Let me explain it to you!”

Artanis: “That sounds helpful! You should keep trying to find more new stuff!”

Karax: “What a good idea! I’ll get right to work!”

These conversations, filled entirely with exclamation marks, occur after every mission. Sometimes twice, after traveling to a new system. And yes, they’re mostly skippable, but these conversations were a reward, or at least not a chore, in the previous two incarnations of StarCraft 2. More important, this insipid earnestness carries over to every other aspect of the campaign — there’s no entertaining banter in-mission or out. 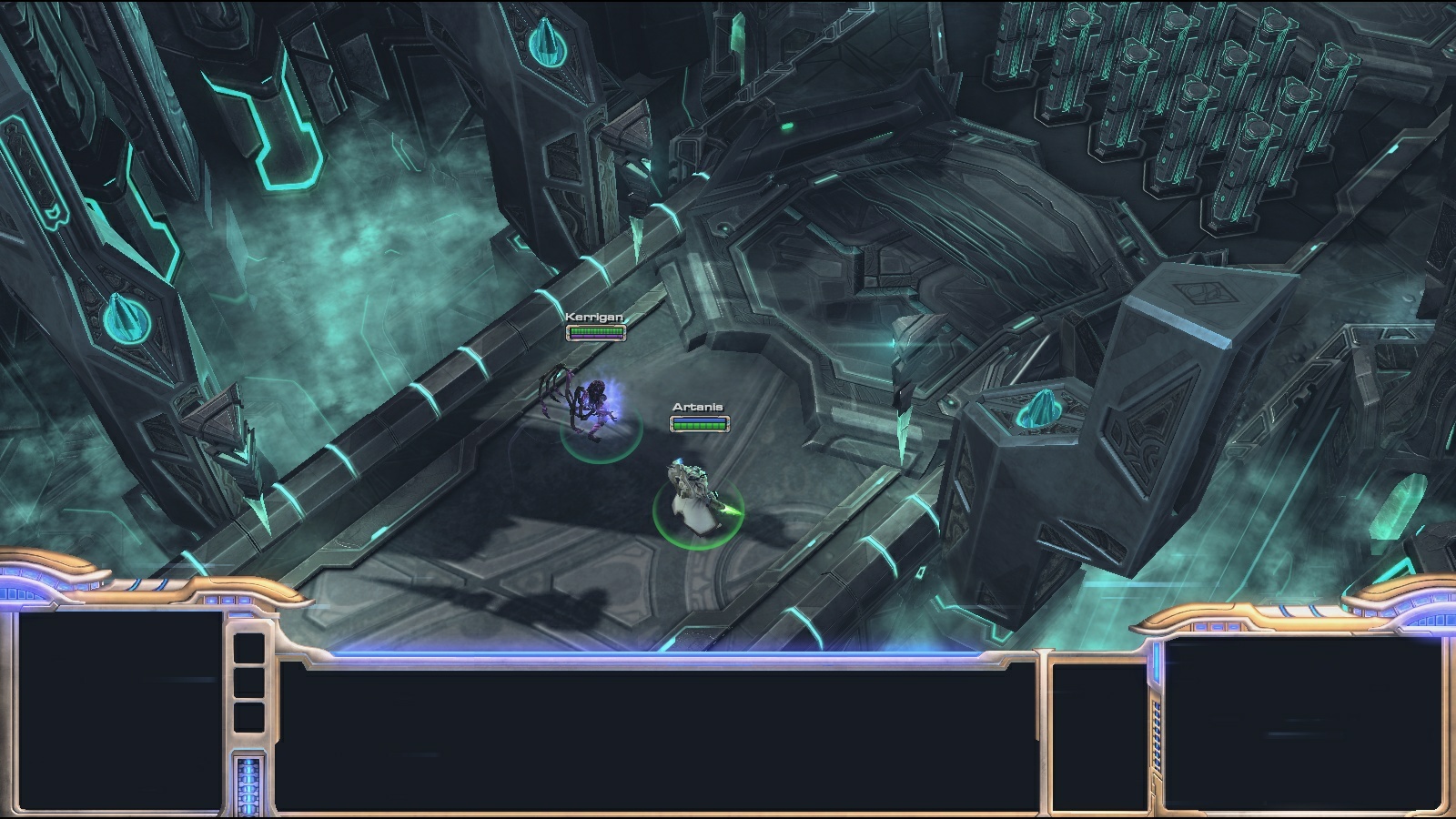 Above: Kerrigan drives by and waves hello.

I can forgive Protoss dullness, though, in better circumstances. They are the dour elder race of the StarCraft universe, so of course their game was going to be like this. But combining this self-seriousness with the epic finale of the end of the war with Amon is a recipe for turgid disaster. Planets are destroyed, races are driven to near-extinction, grand alliances are made, but because Void focuses so entirely on the Protoss, all this occurs without a character worth caring about. Raynor and Kerrigan, the main characters of StarCraft, do little more but drive by and wave for a mission or two (which, unsurprisingly, tend to be the most interesting missions of the entire game).

Meanwhile, Legacy of the Void suffers tremendously from the lack of a villain character, which Mengsk provided in the first two incarnations. Amon may be evil, but he’s almost entirely silent, and his motivations are thoroughly boring compared to the grasping, venal, thoroughly human Arcturus. It says a lot, none of it good, about the core campaign of Void that the final cutscene of the StarCraft 2 saga doesn’t even mention Artanis or the mainstream Protoss.

And then StarCraft 2: Legacy of the Void concludes with an epilogue that actually includes all three races, and almost all the major characters. It’s the story, and missions, that the game should have been, but it too suffers from being compressed into a tiny three missions.

Some individual missions may stand out, both in the main campaign and in the too-short epilogue, but the baffling divisions make Legacy of the Void the weakest single-player campaign of the StarCraft 2 trilogy.

StarCraft II: Legacy of the Void is out now for PC and Mac. The publisher provided GamesBeat with a digital copy of the game for the purposes of this review.