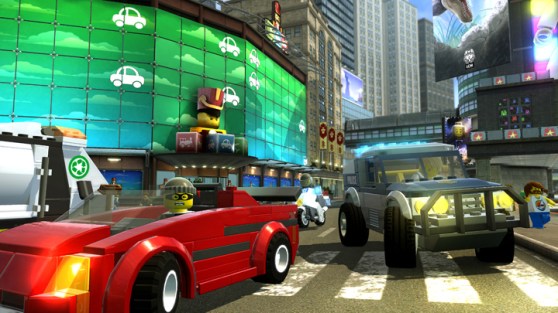 It’s sad how many open-world/sandbox titles almost exclusively target adults. Kids are probably more inclined to chase down pigeons in Grand Theft Auto IV than I ever will be, but I can’t justify handing that game over to a child. Luckily, Lego City: Undercover provides younger players with all the manic, open-world adventure found in the Grand Theft Auto and Saint’s Row series without the innuendo and violence.

You control detective Chase McCain as he returns to Lego City after a disastrous case that caused him to leave town and ended with his girlfriend going into witness protection. It’s up to Chase to track down the dastardly Rex Fury even if it means infiltrating various street gangs in the process. Putting Fury in prison was the whole reason Chase left Lego City on bad terms, so he’s out to make up for past mistakes.

Lego City: Undercover is the first game in the Lego franchise built for the Wii U. While a 3DS version is in the works, Lego City’s use of the GamePad blends so seamlessly into the action that it’s hard to imagine playing without a tablet in your hand.

I make a habit of finding all the collectables I can in a Lego game, but that feels almost impossible in Undercover (in the best way, though). With several disguises, hundreds of blocks, and even more vehicles to build and find, you’ll easily put 10-20 hours into gathering everything you can.

Now you have twice as many reasons to break everything you can in Lego City, including other cars while driving around.

I’m not sure how many people younger than me will be able to spot the Colombo reference in the first hour of Lego City, but I love that it exists. Lego City gleefully and unapologetically embraces references from film and TV that children likely won’t understand, but their parents will. Dirty Harry, The Shawshank Redemption, and even The Matrix show up in various and obvious ways.

Clever references aren’t just reserved for characters, however. As you explore, you’ll uncover several international landmarks re-created in Lego form. A few of my favorites are definitely Times Square, Mt. Rushmore, and the Golden Gate bridge. Of course, a mountain with massive Lego faces carved in it overlooks a sprawling Chinese-inspired castle! That kind of whimsical absurdity fuels most of Undercover and makes the various winks and nods to real-world things that much funnier. 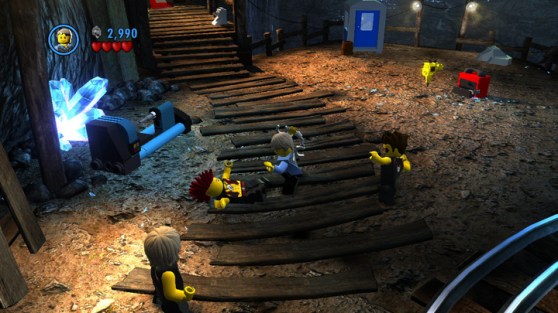 Sensible use of the Wii U GamePad

Using the GamePad as a scanner or map isn’t anything new, but implementing that functionality into a sandbox game is surprisingly fluid. You’ll use the GamePad to talk with other characters as well as search for hidden items and covertly listen in on conversations. Chase McCain spends most of his time operating just outside the law and uses any technological advantage he can to get the drop on the various crime syndicates he’s investigating.

It’s surprisingly natural to lift up the controller to search for clues and doesn’t require a lot of movement on the player’s part. But if you’re really into spinning around your living room, any way you turn can reveal new parts of the map immediately around Chase.

Chase McCain is a police officer. Whenever criminals approach him to fight, he deftly dodges or redirects their attacks until he can slap a pair of cuffs on them. I absolutely love that developer TT Fusion embraced the tried-but-true concept of a kung fu hero while subtly suggesting that the police should behave with a bit more decorum than, say, Batman. You aren’t breaking baddies into bits in Lego City, but that’s alright. Chase’s silly floating crane kicks and dramatic cuffing animations are equally as rewarding as shattering villains into their core components. This is also a great message that heroes don’t have to go on the offensive to ultimately win a fight.

If you can’t help but inflict a bit of harm on poor Lego minifigures, you can flatten unlucky pedestrians as you race through the streets. Since you do get studs and blocks for smashing items on sidewalks, I’m pretty sure running down innocent passers-by was totally intended. Anyone you hit will eventually get back up, but they’re pretty surly about being trampled.

Hurry up and wait

From the moment you boot up Lego City: Undercover, you’ll find yourself idling at various loading screens. It’s no secret that Wii U software takes awhile to start, but you’ll sit through three separate loading sequences before you even access your save data. A little waiting isn’t bad, but those long progress bars start to feel very tedious as Lego City’s generic ’70s cop show theme music perpetually plays in the background.

If your game has frustrating timers, poor load times, and drawn-out action sequences, it’s usually not the best idea to repeatedly point them out in the dialogue. Throughout Lego City, Chase often comments on various environmental things that annoy him and likely the player as well. Self-aware humor is funny, but not when it points out real and frustrating flaws within a game.

I know progress bars are terrible; I sat through several of them just to watch Chase sit through one of his own. 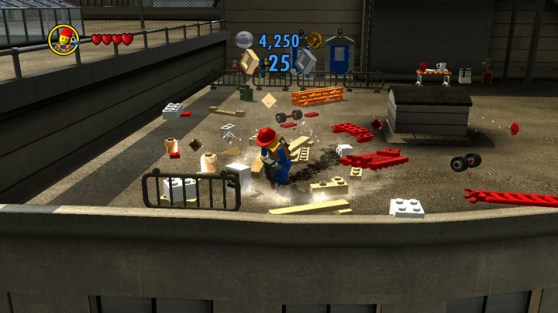 Free-running in an open environment is instantly less fun the moment you feel confined by camera controls. Lego City often falls victim to odd camera angles that can obscure jumps and alter the game’s perspective. Many rooft0p sequences end in disaster as Chase narrowly misses a ledge he probably would have made if you could have lined up the action before following through with it.

I feel most of the Undercover’s platforming hazards are directly caused by the camera occasionally freezing into an awkward position, but Lego minifigures aren’t exactly the most dexterously animated characters, either.

Lego City: Undercover is a very silly but rewarding romp that proves how well the Wii U’s GamePad functions as a tool as well as a controller. Despite the predictable loading hiccups and the inevitable technical pitfalls of an open world, Undercover delivers a sanitized sandbox experience that doesn’t require violence or explicit dialogue to make its point.

Children deserve massive, explorable worlds just as much as adults. It’s wonderful that TT Fusion took that concept and made a fully functioning and largely non-violent world without sacrificing action. You won’t miss firing guns or swinging lightsabers in Lego City — not when you’re scouring the landscape for super builds and smashing everything in sight.

Lego City: Undercover is a Wii U title that released March 19, 2013. A 3DS version is scheduled for April. Nintendo provided a retail copy of the game for this review.