Imagine Batman getting drawn through a dimensional portal and thrown into the world of Oz. While following the Yellow Brick Road, he stumbles upon Dorothy and her companions. Mistaking the Scarecrow for the archenemy he’s faced many times in the past, Batman immediately demands Dorothy turn him over, citing that he’s a heartless villain. “No, I’m the one without a heart,” the Tin Man interjects.

This is just one example of the entertaining and frequently humorous writing in Lego Dimensions, the epic, world-spanning crossover entry in the toys-to-life genre from veteran Lego game developer Traveller’s Tales (available now on PlayStation 4, Xbox One, Wii U, PlayStation 3, and Xbox 360).

Yes, Lego Dimensions has a USB portal (they call it the Toy Pad) which you place toys on that then appear in the game. If you’ve played any of the Skylanders or Disney Infinity games, you’re probably familiar with the concept. Unlike other toys-to-life games, however, Lego Dimensions adds multiple twists to the way the toys interact with the Toy Pad which offer much-needed innovation to the genre. The result, as I learned with the Xbox One version, is the pinnacle of family friendly gaming, for this year at least.

New (and more important, fun) ways to use the peripheral

Unlike the Skylanders and Disney Infinity games, where the biggest decision you make with the portals is which character to use for which player, Lego Dimensions’ Toy Pad is actually an active part of the gameplay. For this reason, I actually recommend keeping it closer to where you’re sitting than right next to your console, otherwise you’ll find yourself getting up from your seat quite a bit to reposition the figures.

Right out of the box, the Toy Pad has enough room for any combination of seven figures, vehicles, and gadgets, all of which one or two players can switch between at will. In addition to giving you a larger pool of characters to choose from without having to swap them, the Toy Pad also allows you to activate special powers inherent to specific characters when you place them on the appropriate, flashing section. Batman can activate a stealth ability to avoid motion-sensing cameras, or Gandalf can light up dark areas with his staff. 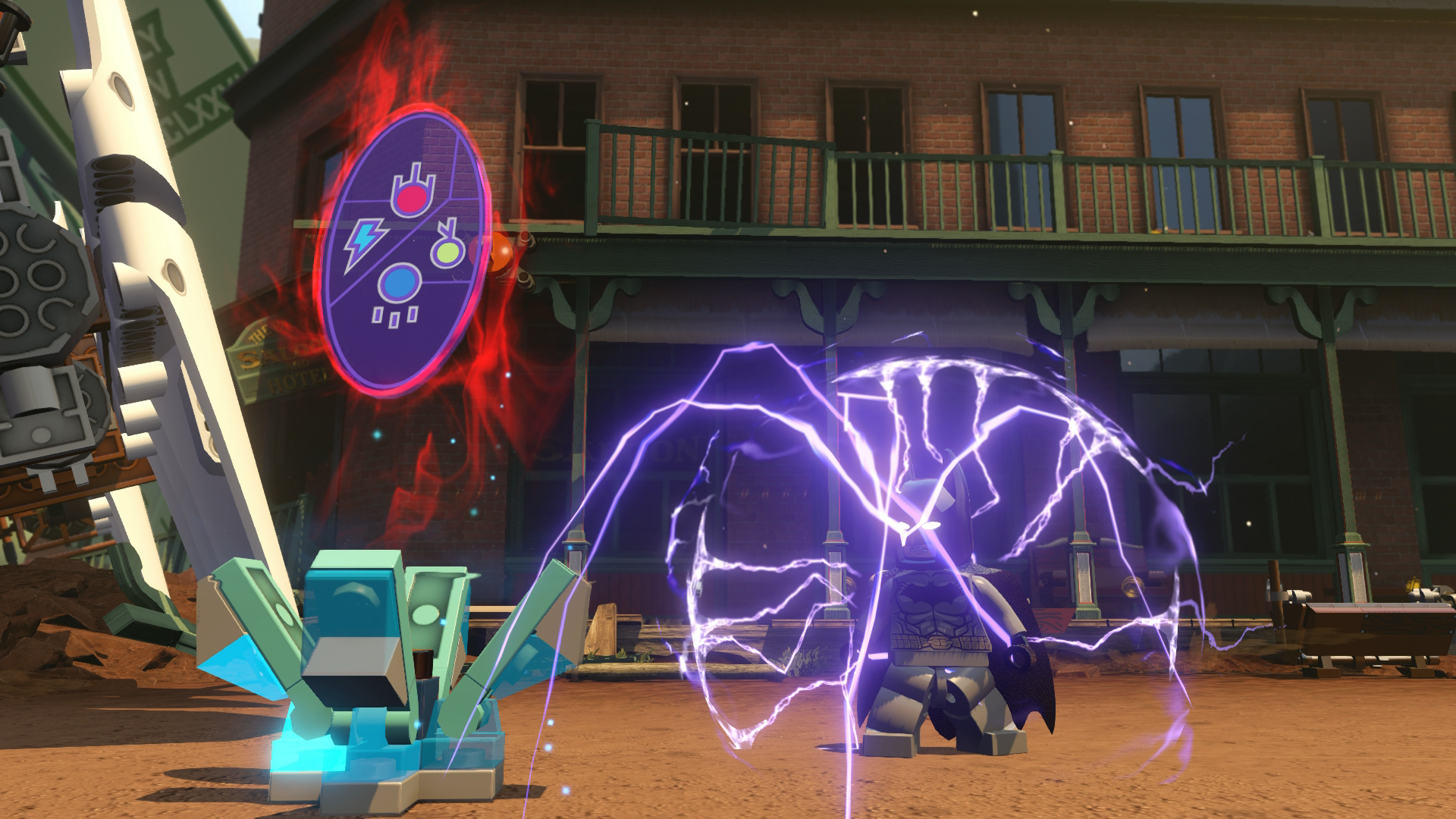 Above: Batman uses the Elemental Keystone to charge up.

The Toy Pad itself also gains special abilities as you gather special Keystones by completing missions in the main storyline. The Shift Keystone can teleport your characters to specific portions of the level by placing them on either the left, right, or center sections of the Toy Pad. Additionally, the Elemental Keystone imbues your characters with the power of water (to put out fires), fire (to melt ice), earth (to grow plants), or electricity (to charge up certain devices), also by placing them on specific areas of the Toy Pad.

You’ll unlock more of these Keystones as you progress, and the puzzles hidden throughout the main storyline levels begin to require combinations of two or more of these powers. It’s a clever way to add variety to and ramp up the complexity of the challenges you encounter.

The Toy Pad also comes into play during battles. As bosses (or even certain smaller enemies) use certain immobilizing or powerful abilities, you can move your figure off of the flashing portion of the Toy Pad to negate or avoid that particular effect.

All of these features make you feel like the Toy Pad is an actual part of the game instead of just another plastic peripheral that takes up space in your entertainment center. It makes me wonder if Disney and Activision might soon be copying some of these clever innovations. 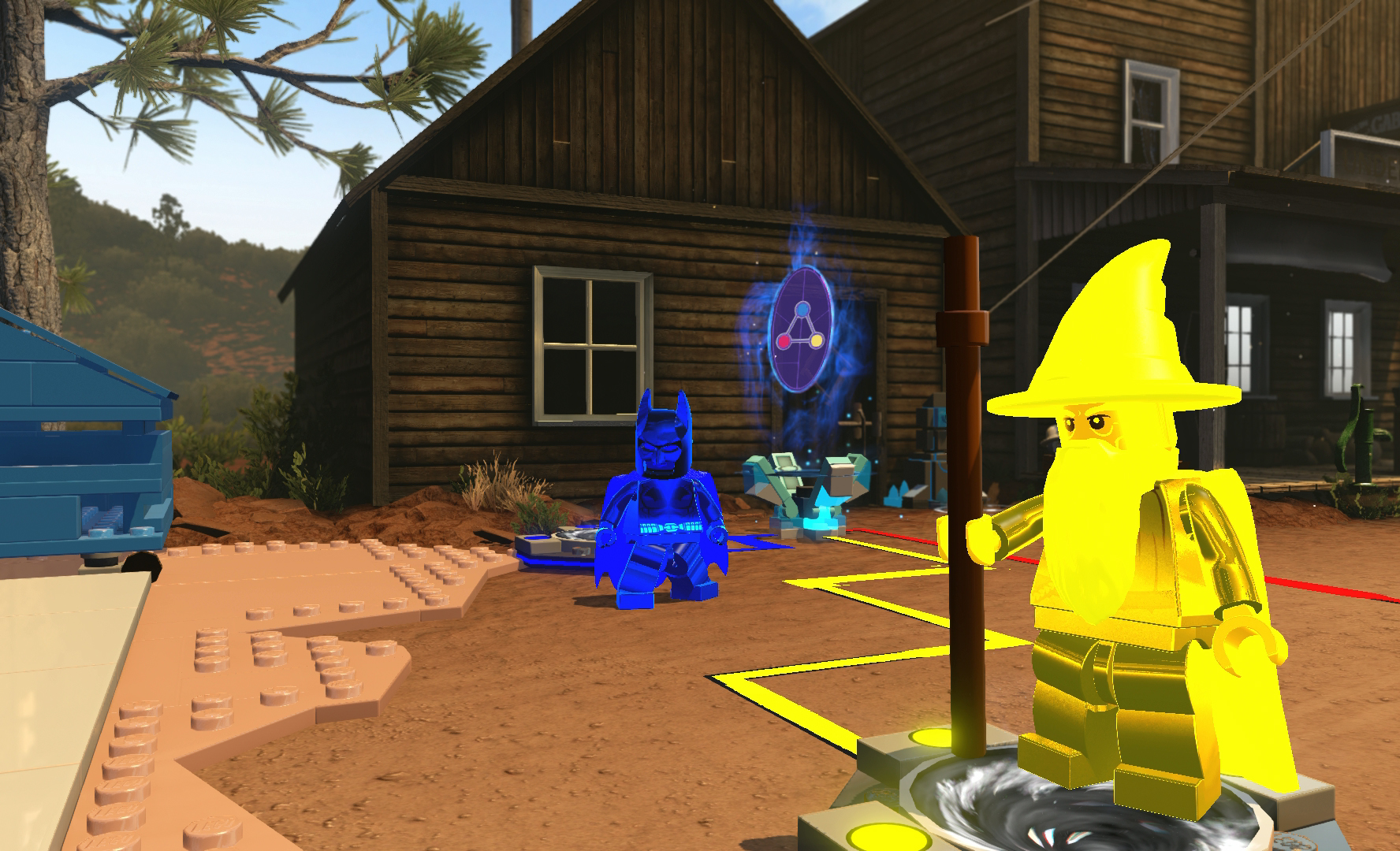 Above: Changing your figures different colors is the key to solving some of Lego Dimensions’ puzzles.

It will keep you busy for a long time

Lego Dimensions features 14 large, multipart story levels (one for each of the licensed franchises) that you can play through with the included characters and vehicle. Each stage features many hidden collectibles, and you’ll likely have to play through each one at least twice to find everything, as you’ll need additional characters with specific powers to unlock all of the alternate, optional areas.

In addition to this large storyline mode, Dimensions also features an open-world Adventure World for each one of the represented franchises. You’ll need at least one character of each franchise to unlock these (only the DC Superheroes, The Lord of the Rings, and Lego Movie Adventure Worlds are available with the Starter Pack), and each is full of quests you can complete to earn gold bricks and other upgrades.

Finally, the add-on Level Packs also unlock additional standalone stages in the theme of the matching IP (more similar in size and scope to the main storyline levels). Completing everything that Lego Dimensions has to offer will easily take you 50-plus hours, provided you purchase enough expansion packs to unlock it all.

Toys that are far more interactive than those of the competition

The first glaring advantage Lego Dimensions’ toys has over those of its competitors is that they’re made out of Lego bricks. Not only do you get the joy of initially assembling the figures, vehicles, gadgets, and Toy Pad, but you can play with them just like they were regular Lego toys, assembling and disassembling even when you’re not playing the game. 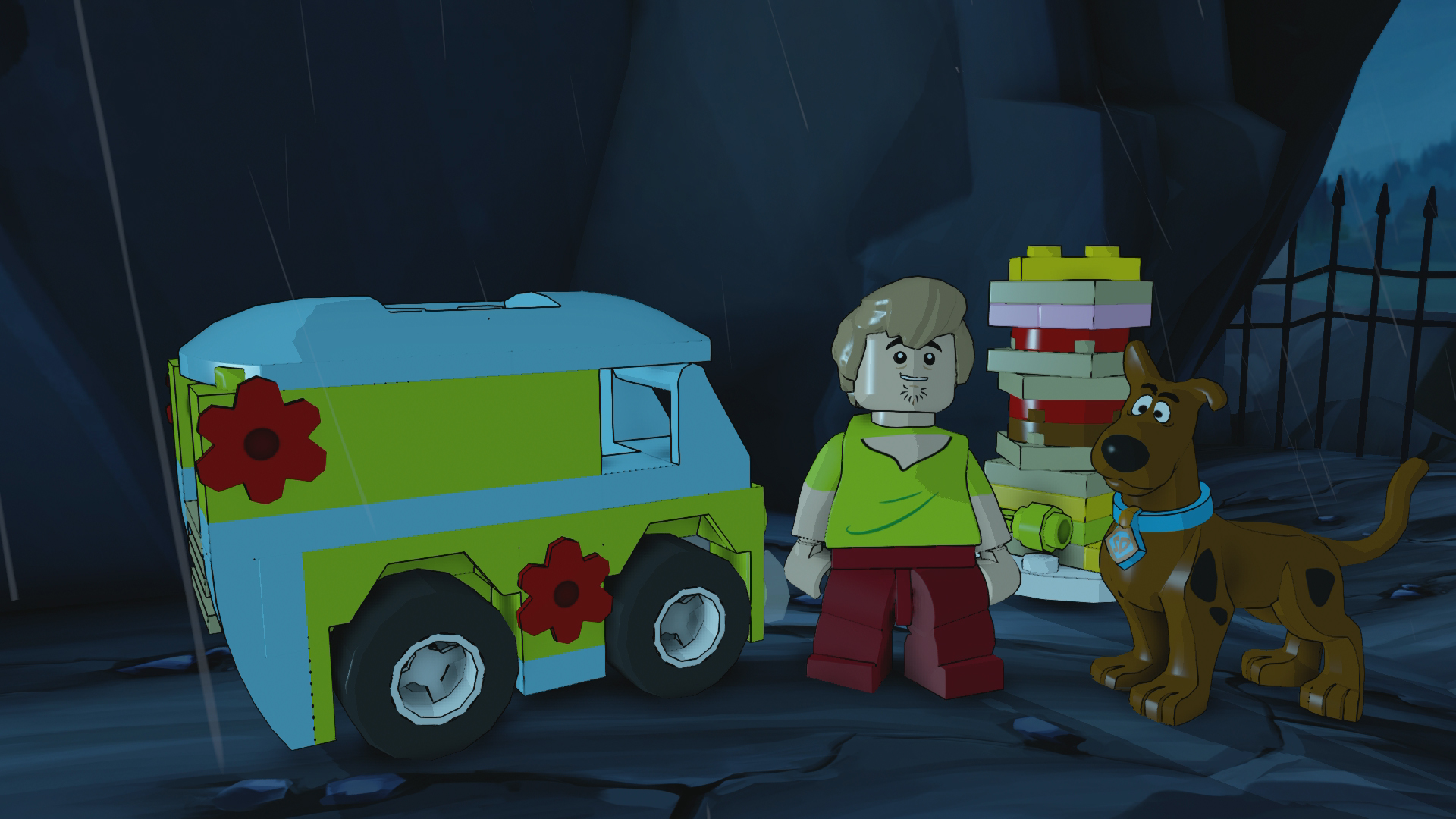 Above: If you buy the Scooby-Doo! team pack, you can build the Mystery Machine and this giant Scooby Snack.

You can also build and rebuild both the Toy Pad itself (as you find new Keystones) and the vehicles. As you collect Lego studs and gold bricks (in-game currency and rewards for completing levels and quests, respectively), you can purchase both upgrades and alternate models for all of the game’s vehicles. The first rebuild you get for the Batmobile (the Batblaster) features a sonar-powered sonic weapon that can shatter glass bricks. When you unlock these rebuilds or Keystones, the game will display a virtual Lego instruction booklet on the screen which will tell you how to alter or rebuild the model. In the case of vehicles, it will also save the configuration to the programmable base so that what you just built physically with the Lego bricks is actually what appears in the game.

If you don’t care about the physical toys matching what’s in the game, you can also get silly and build whatever you please. All of the figures, vehicles, and gadgets have an electronic base, and this is what determines what displays in the game. The Batman base will always bring Batman into the game, even if you put a Scooby-Doo figure on top of it.

Disney Infinity, in particular, could learn a few lessons from the Lego brand. One of the key themes of 2014’s Lego Movie was that it’s sometimes fun to break the rules and mix bricks and characters from different sets. This concept is carried forward in Lego Dimensions with masterful execution.

The first (and probably the most important thing) Dimensions does right is that you can use any character in any level. For comparison’s sake, you could only use characters specifically designed for a particular Play Set within that Play Set in the Disney Infinity titles. Above: That’s not the time machine you’re looking for, Doc Brown.

The other thing Lego Dimensions does an admirable job at is mixing these various licenses in such a way that it is respectful to the original characters and stories. Even though you have Batman, Gandalf, and Wyldstyle (the female lead from The Lego Movie) hopping dimensions and meeting up with The Simpsons, characters from The Wizard of Oz, and Doctor Who (just to name a few), all of the varied characters act just like you’d expect them to, often with suitable confusion and humorous results.

You’ll find such variety as Homer Simpson comically making the in-process meltdown worse at the Springfield nuclear power plant or the terrifying Weeping Angels from Doctor Who stalking you in a building with flickering lighting. The latter represents the first time I think I’ve ever felt fear while playing a Lego game, after a clever cutscene in which the Weeping Angel comes closer and closer to the screen in a series of flashing images before your character dies.

Because of this, I have to give a great deal of credit to the writers of Lego Dimensions. Instead of just throwing all of these characters and settings together and hoping for the best, they somehow made it all work in such a way that won’t have you angry at them for butchering your favorite characters. This is a stark contrast to Disney Infinity’s Rise Against the Empire expansion, where the writers just tossed the plots (and all of your favorite moments) of Star Wars Episodes IV-VI out the window to make way for contrived and silly gameplay.