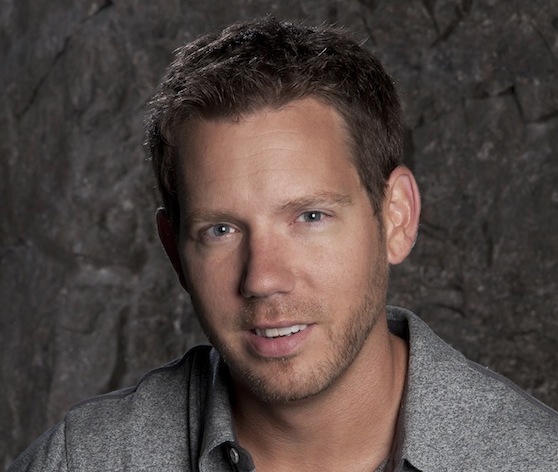 I recently complained on Twitter/Facebook that I had to trim a 10,000-word interview down to something a little more manageable for our readers. But once people learned who the interview subject was, the response was clear: Don’t cut any of it.

Turns out people want to hear what Cliff Bleszinski has to say. Every word. The brash and outspoken 37-year-old developer is certainly polarizing enough to warrant such attention. You might hate him for his pretty Barbie-doll wife and his hot-rod Lamborghini that costs more than most people’s annual salaries [update/correction: make that two Lamborghinis]. You’ve probably spent more than a few hours of your life, however, totally lost in games like Unreal Tournament and Gears of War. Games that he helped create.

But right this instant, Bleszinski isn’t creating anything. He recently left Epic Games, his employer for the last two decades — yes, he started there when he was 17 — back in October 2012. No doubt, he’s up to something (more on that in part two of our exclusive interview tomorrow — we didn’t cut much, don’t worry). For now, he’s content to talk to GamesBeat about his past career and persona, what went right and wrong with Gears of War, and kids these days.

GamesBeat: You mentioned on G4 that you didn’t want the Gears of War Lancer chainsaw gun to define your career. But in a way, hasn’t that helped? Very few developers get to have a gaming cultural icon attached to them.

Bleszinski: Yeah. It doesn’t hurt that I was mugging for photo ops for two or three years with the damned thing. [Laughs] There’s that one iconic photo that goes up there, and that becomes you. That’s fine and everything, but at some point you want to do something else and be something different.

People forget that I did a colorful platformer with a rabbit in it or that I did a colored-lighting shooter with goo guns in it. It’s the 10-year rule. Every 10 years, what’s old is new. The kids who love Twilight and True Blood, they don’t know that Buffy existed. Every 10 years, you can take an [old] idea and reintroduce it to a new group of 17-year-olds, kids who were seven when it first came out and never experienced it.

That’s true of game mechanics, right? My wife’s first learning of “double kill” was through a Counter-Strike mod on her server because she hadn’t played the original Unreal Tournament. When she played UT2004, she thought that UT had taken it from the Counter-Strike mod. It’s the same thing.

You remember when Alien Ant Farm remade “Smooth Criminal”? People were like, “Oh, I love this song! I love Alien Ant Farm!” And you’re like, “No, that was Michael Jackson.” Now that we’re in the era of Google, ignorance is inexcusable, by the way. You have the portal to infinite knowledge in your pocket at any time. You can look up almost anything. 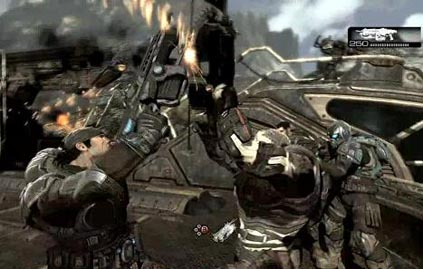 GamesBeat: If not the chainsaw gun, then what do you want people to think of when they see your name or face?

Bleszinski: Geez. There was a Kotaku article where they said one of the best things I did for my career was be visible. I’ve never been shy about going out there, talking to people, and doing interviews. I hope that there’s somebody out there who saw what I did over the last 20 years and what I’m going to do next and says, “Here’s a guy who is proud of his work and proud of his industry. He doesn’t sit behind a desk. He goes out there, and he’s an evangelist for gaming as a cultural thing.” If that makes any sense.

You can make your impact by doing a cover shooter and creating chainsaw guns and all that, but being known as a person who makes great games and also isn’t afraid to evangelize them and be visible is kind of my whole mantra. I got into this business for three reasons: to make amazing products, to be visible doing it, and to get paid, of course, because I do like having a fancy car.

GamesBeat: Along those lines, you had this public persona that’s a little divisive at times. You obviously have your fans and Twitter followers. A lot of people love your games. Yet at the same time, there are some people who think you’re kind of a douche. Like you said, you put yourself out there. You drive a fancy car. You also went through this phase with the “CliffyB” nickname and the frosted hair. Some people haven’t forgotten about that.

Looking back now that you are older, are there some things you would’ve done differently? Or did it all work out for you?

Bleszinski: Oh no, I was clearly trying too hard for many years there, obviously. When you have a community that’s more the quiet Reddit type of crowd, and then you have this kid who comes in with flashy hair and earrings, talking shit … what is this guy doing?

Thankfully, I largely had the track record to back it up, but at the same time, I was clearly the small dog that was barking too much, as opposed to the big dog who sits in the corner and knows that he’s big. I’m not [Valve Software founder] Gabe [Newell]. Gabe’s an amazingly successful, brilliant guy, but Gabe has his own way of doing things. He’s opinionated, but he’s also kinda quiet. Nobody knows what Gabe drives. I don’t think Gabe has an earring — although I haven’t had one for years.

Each person has their own thing and what they represent. I always just wanted there to be some younger kid out there who looks up and sees how much fun I was having with what I was doing and says, “Hey, I want to make games like that someday,” as opposed to saying, “Hey, I want to be a football player or an astronaut.” That was what I wanted to go for.