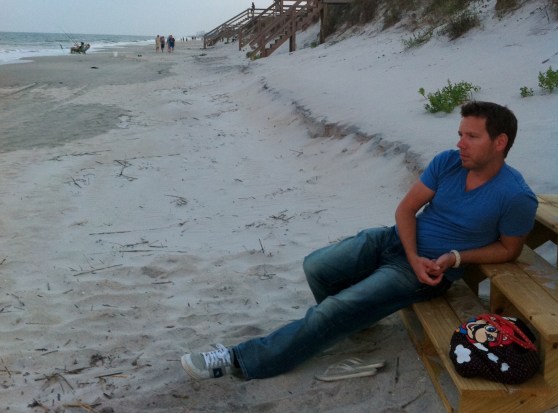 Video game designer Cliff Bleszinski always speaks his mind — except for this one time. A few years ago, when I asked the creator of Gears of War and Unreal Tournament to give his thoughts on his competition — other shooters like Halo or Call of Duty — he declined.

It was a business decision. His former employer, Epic, makes the Unreal Engine software toolset that developers use to make games, so some of his competitors in retail might also be potential clients on the development side. It’s not a good idea to talk shit about them.

Bleszinski recently left Epic after a 20-year stint, however, which now frees him up to say what he really thinks of other shooters. I took advantage and got a full download in the final part of our exclusive interview. Enjoy this blast of Bleszinski. Who knows if we’ll ever get him to open up this much in the future.

GamesBeat: A long time ago, I wanted to have this frank talk with you about all the shooters on the market. At the time, you were wary about that because some of these developers were potential or active clients with your company’s Unreal engine. Maybe …

Bleszinski: It’s possible to say anything about any franchise that you don’t like as long as you mention what you do like because then it comes from an honest place. It’s the same thing as, “Oh, hey, I like your hair, but I’m not so big on the boots,” and then she’s like, “Oh, man, he doesn’t like my boots, but he likes my hair.” It’s just basic communication, right? As opposed to just saying, “Your guns are shit!” and then people are like, “Wow, you’re an asshole.” 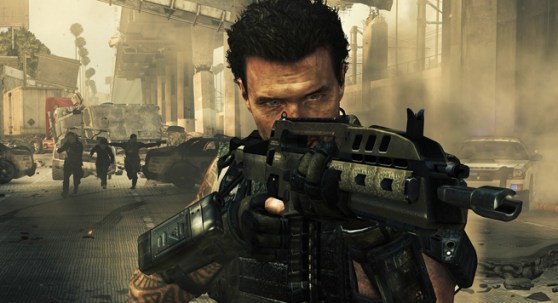 Bleszinski: I’ve always said that shooting your friends in the face at 60 frames per second through iron sights will always be fun, no matter what. One of the things that franchise has always nailed is the smoothness.

I have this little game design trick I’m going to give you. I only learned this in the last year. Fire up any shooter — a twin-stick shooter. Start turning and looking up and down. If you can easily control the shape of the parabolas that you’re doing — if you can say, “OK, I want to make a really tight parabola” or “I want to make a really wide one” — that’s basically balancing the “patting your head and rubbing your belly” of twin-stick shooters. You can do a very good job of that, always, in Call of Duty and in Halo as well.

The single-player [in Call of Duty: Black Ops II] … I started getting into it, and I heard that they made a lot of effort to get rid of the linearity, but I just couldn’t get past it. It still felt like there’s an infinite amount of enemies spawning at me, and I’m just trying to race to a checkpoint as opposed to clearing out the room. It’s not my thing. I can’t do those campaigns, especially when I have a campaign like Far Cry 3’s, where it’s really open and so many crazy emergent things happen.

The multiplayer in Call of Duty — it’s that great grind of unlocking all the perks and gizmos. I found a lot of multiplayer maps this time around to be extra small in the first batch. The one on the aircraft carrier, the one on the boat. Anytime you’re on something that’s on the water, most of the time it’s going to be too confined.

There are these kids who have an infinite amount of time to play, and if one or two bullets take you out, it comes down to who shoots first. When you introduce latency, a lot of the times it’s a roll of the dice in regards to who wins.

If I want to play a game that has a more back-and-forth cadence, that’s when I want to play Halo. When I play Halo multiplayer, I don’t feel that whoever acquires the other guy first is going to win. In Call of Duty, the guy who acquires the other guy first wins. In Halo, you have your shields. The guy may miss with the grenades. You may jump. You may have a chance to recharge. Your friends may show up. It feels like there’s a lot more trading paint back and forth.

It’s like boxing. You get two boxers who are trading back and forth, [and] it winds up being an entertaining match as opposed to when Mike Tyson used to box, and he’d knock a guy out with one shot. Halo feels like the former. Call of Duty feels like the latter. I guess it’s a matter of what you want as far as lethality and twitch gameplay.